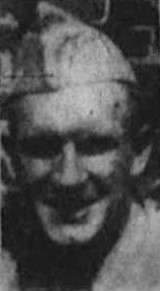 Served in the 109th Infantry Regiment, 28th Division. In November-December 1944 the Division took the brunt of the initial fighting of the Battle of the Bulge.
Buried in Lynnhurst Cemetery.
His brother, Raymond S. McElyea, would be Killed in action in 1945.

The Knoxville Journal, February 18, 1945
Two of the three sons in service of Mr. and Mrs. R.E. McElyea of 115 West Tennessee avenue are casualties, according to War Department notice received by their families.
Pfc. Raymodn McElyea, 25, husband of Mrs. Katherine Anderson McElyea of 205 East Delaware Avenue was killed in action Jan. 24 in Belgium while serving with the infantry. Entering service in May, 1944, het ook his basic training at Camp Blanding, Fla. And went overseas in October, 1944.
Pvt. Charles E. McElyea, 27, husband of Mrs. Eleanor Stahl McElyea of 2001 East Fifth Avenue, has been missing in action since Dec. 17 in Luxembourg. Also training at Camp Blanding, Fla., he was serving with the infantry when reported missing.
In addition to taking their basic training at the same camp, both were Knoxville High School graduates, Raymond McElyea in May 1941, and Charles McElyea in 1936. Both were employed by Southern Railways prior to joining the Army and were members of Lonsdale Baptist Church.
The third brother, Cpl Homer McElyea, is serving in Belgium. 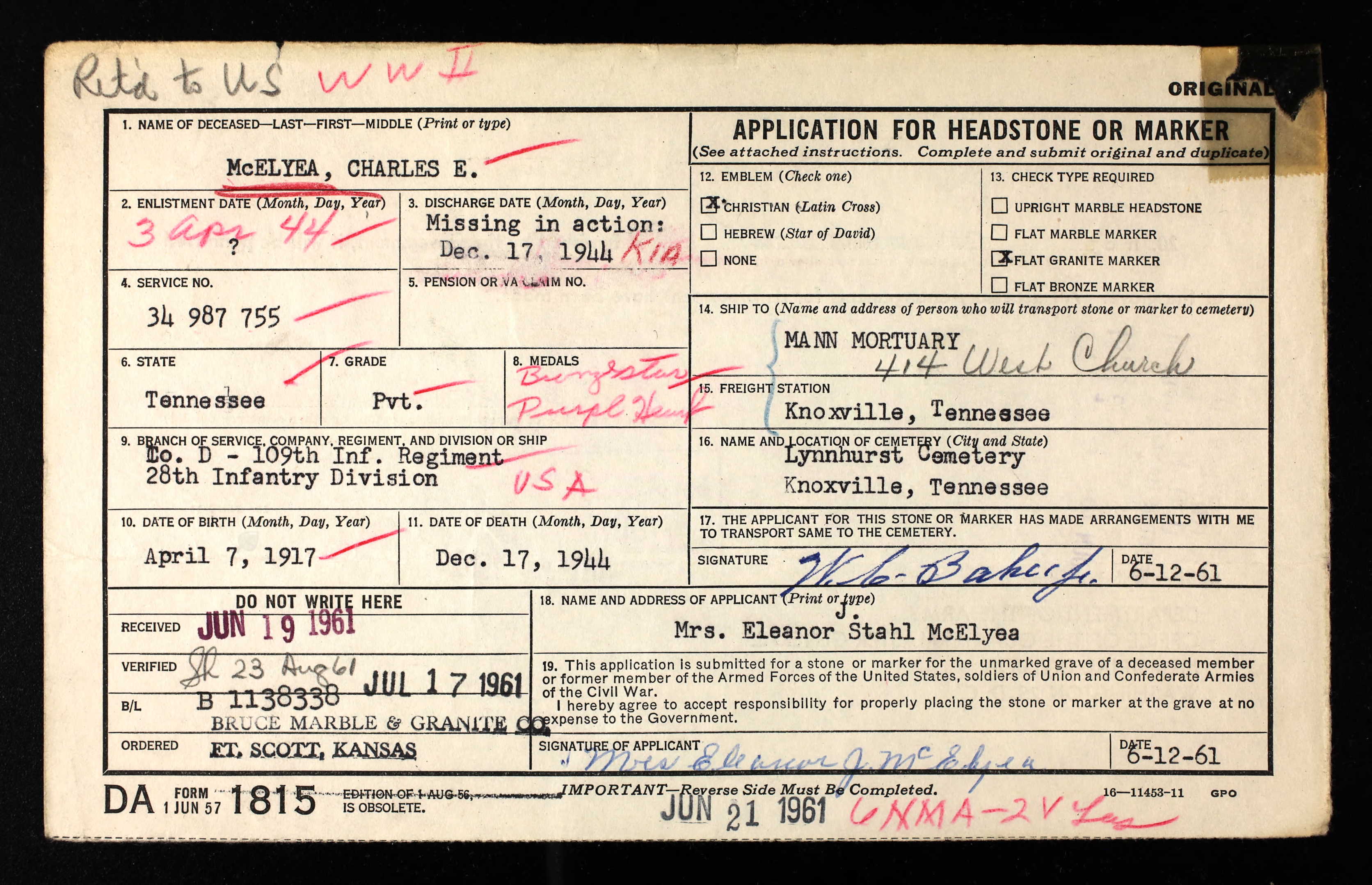