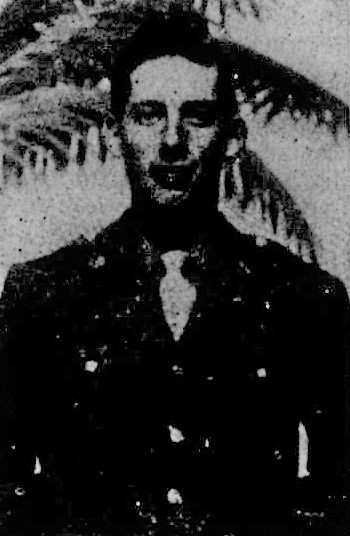 Charles E. Giles was born 29 July 1924 to Oku Giles and Edith Irene Brady.
He died of Wounds 3 May 1945 on Okinawa.
Buried at Union Cemetery, Newport, TN

Plain Talk and Tribune, February 10, 1949
The family of Charles E. Giles has been notified that his body (Charles) will arrive in Newport Thursday (tonight) on train No. 27, which is scheduled to arrive at 7:21 o’clock.
The body will be tkaen to the Maloy Funeral home where it will remain until Saturday afternoon then be taken to the home of his grandfather, Mr. P.M. Brady at 603 Mill Avenue.
He is survived by his mother, Mrs. Edith Giles Stuart, of Newport, father Oku Giles, and one brother, Fred Giles.
Pvt. Giles was inducted into the armed service September 7, 1944, from Cleveland, Ohio, where he was employed in a defense plant. After receiving the regular army basic traning at Camp Blanding, Fla, he was assigned to overseas duty in the Pacific with the 7th Infantry Division. Pvt. Giles died of wounds received in action on Okinawa May 3, 1945 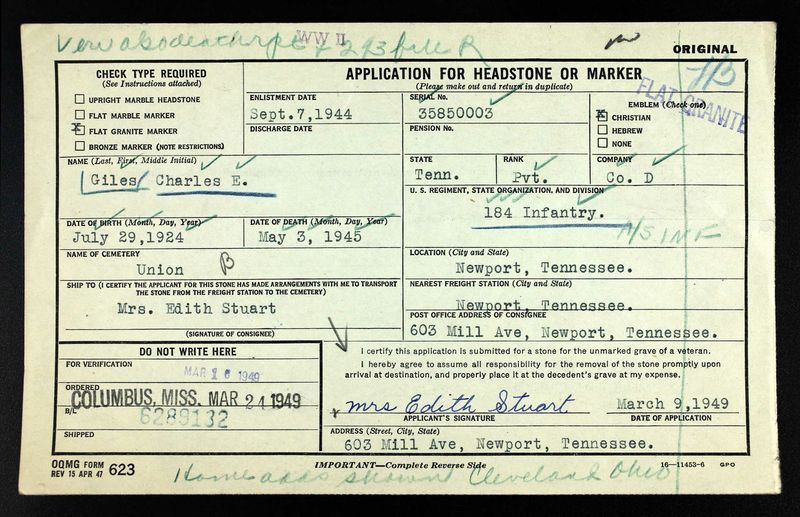 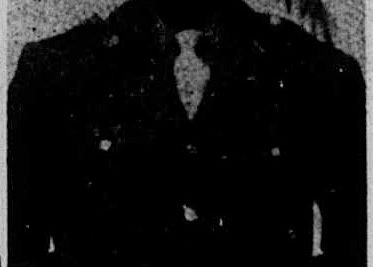