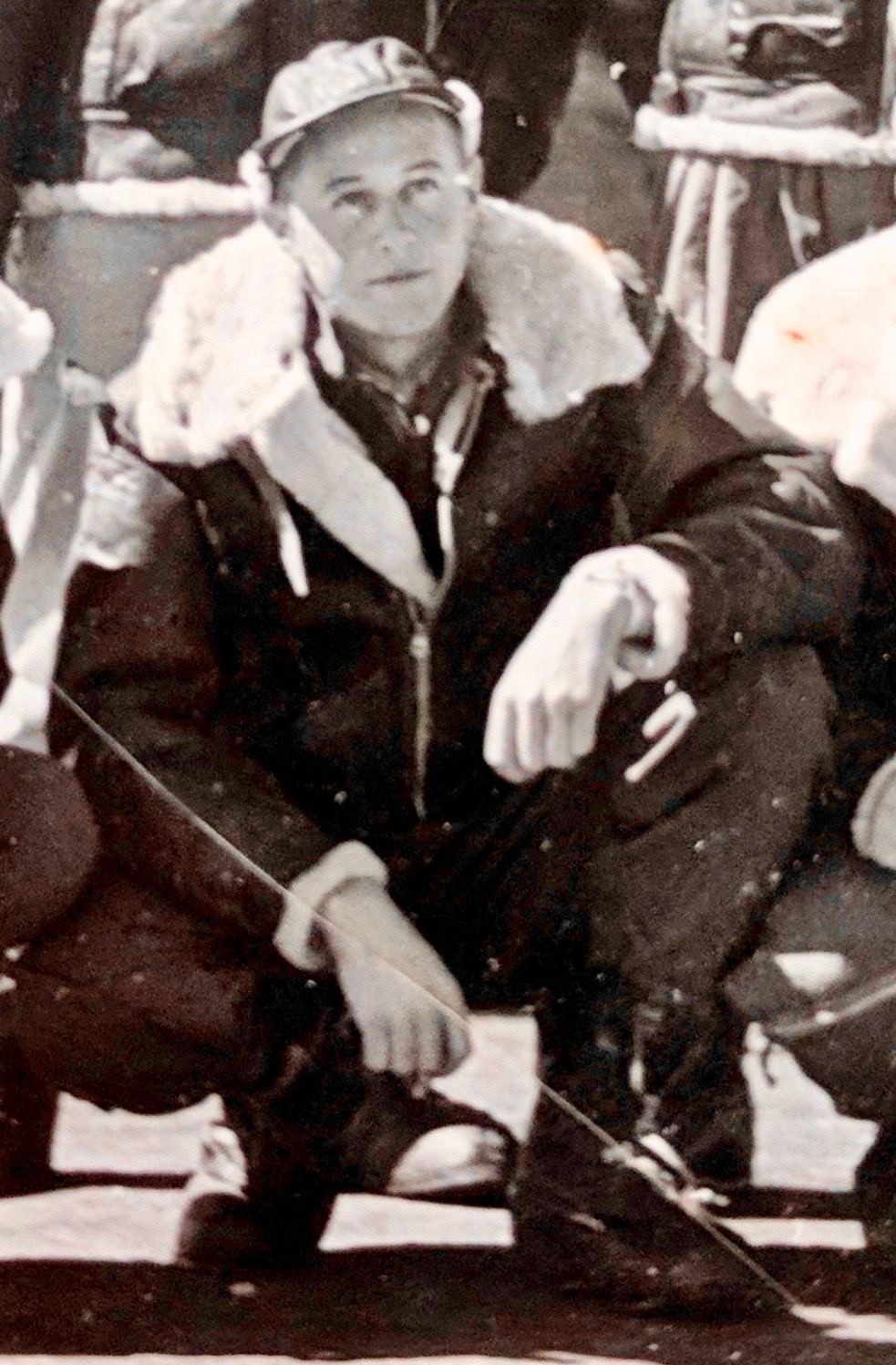 Sergeant Charles E. Duncan, US Army Air Forces, was assigned to the 532nd Bombardment Squadron, 381st Bomber Group, Heavy, flying a B-17 out of Ridgewell, England, during the air offensive in Europe.

Sgt Duncan was a Waist Gunner on B-17 AC #42-3562. He was killed in action on the 20th of February 1944, on a mission to Leipzig and Oschersleben, Germany. He is interred at the Luxembourg American Cemetery, Luxembourg, plot B, row 10, grave 58.

Aircraft B-17G with serial number 42-3562 departed from Ridgewell, England on a day bombing mission to Oschersleben in Germany. The aircraft was hit by flak and  enemy fighters and left the formation over the target. Sgt Duncan didn’t bail out. He was struck in the chest by enemy cannon fire and was last seen by the radio operator, slumped over his gun, bleeding profusely from chest and mouth. The radio operator believed that Sgt Duncan was dead and did not attempt to remove him from the aircraft. The remains of Sgt Duncan were found in the crashed airplane.

The photo of Sgt Duncan was taken on 16 September 1943. Duncan was born in 1917 per his enlistment papers out of Atlanta, GA. 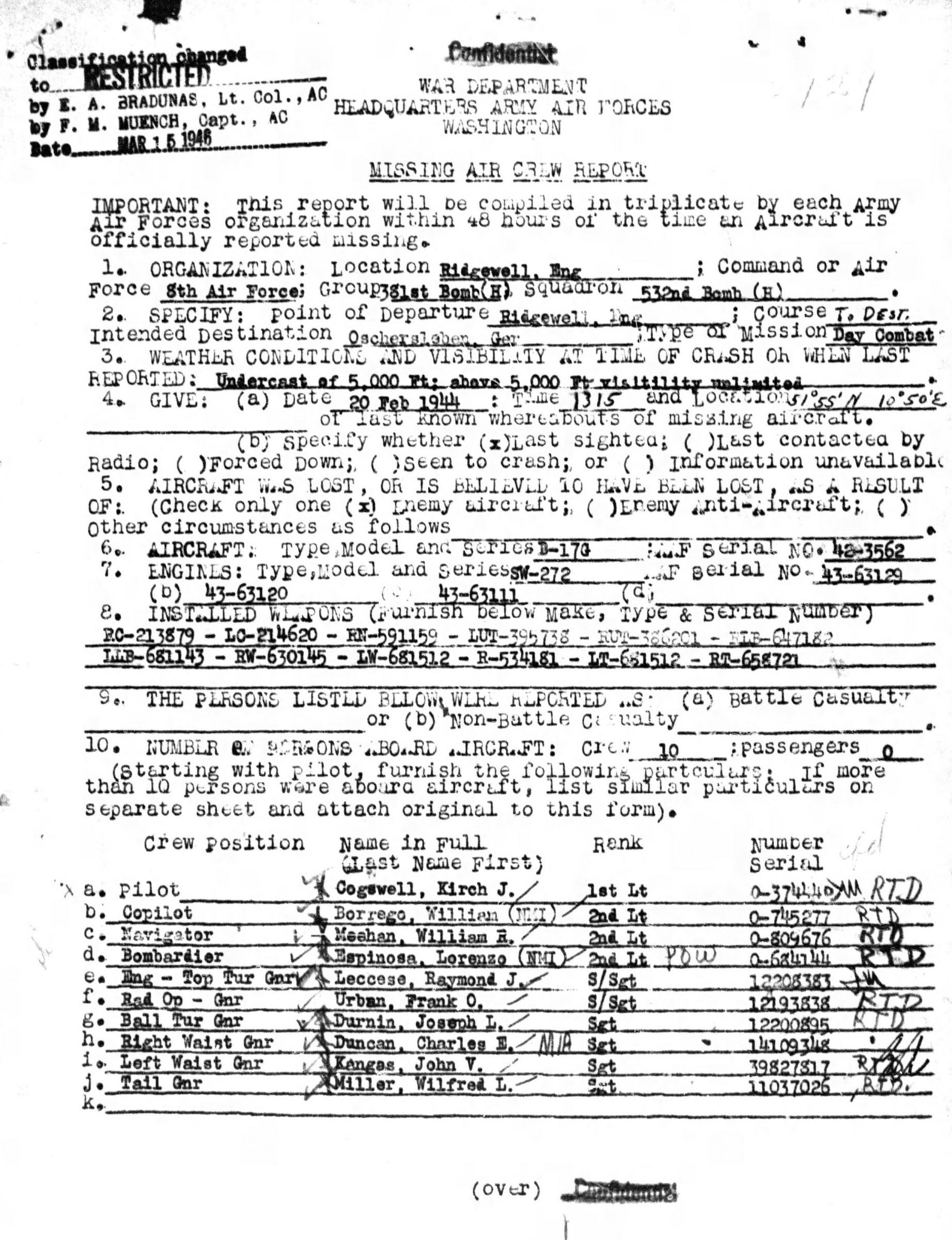 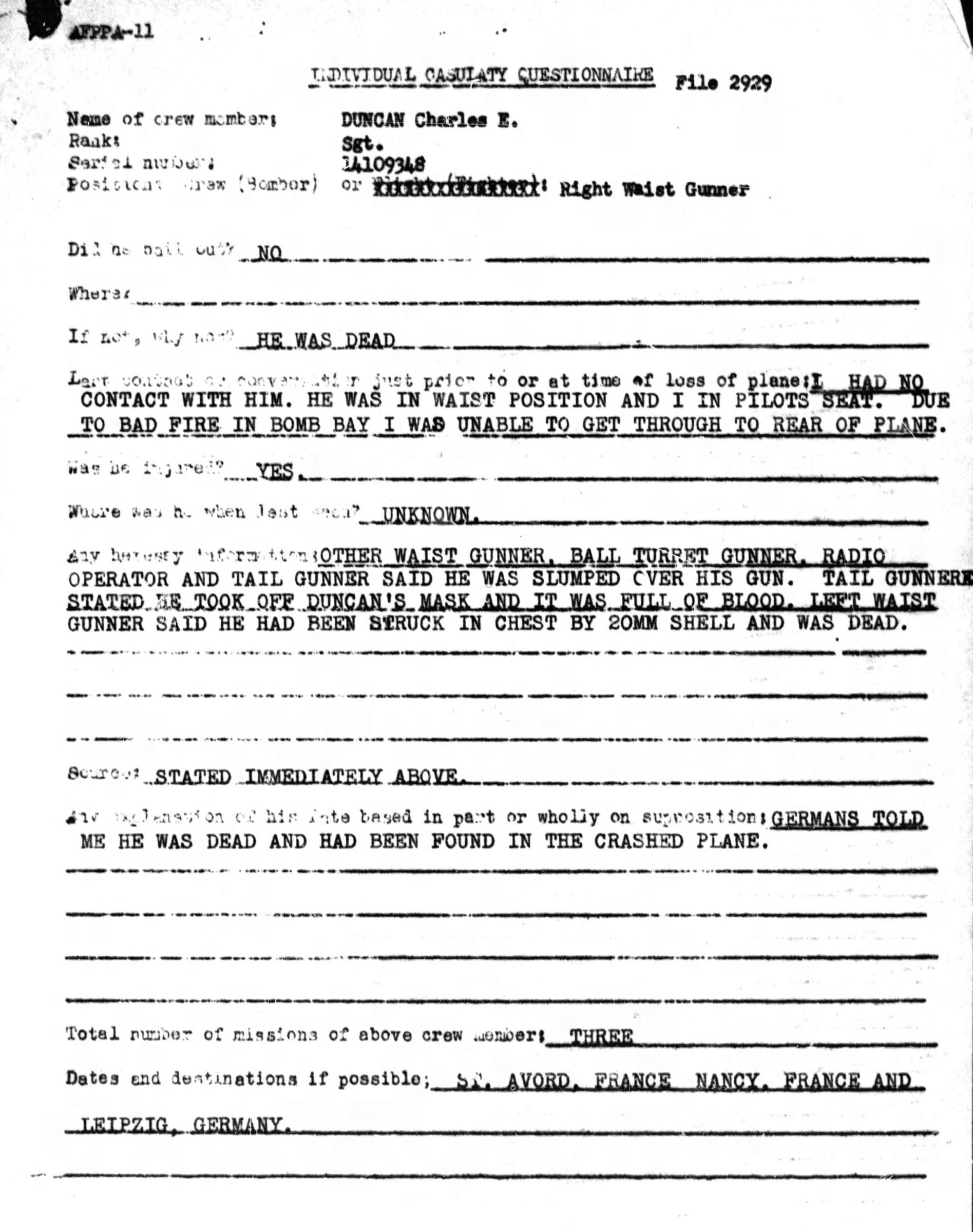 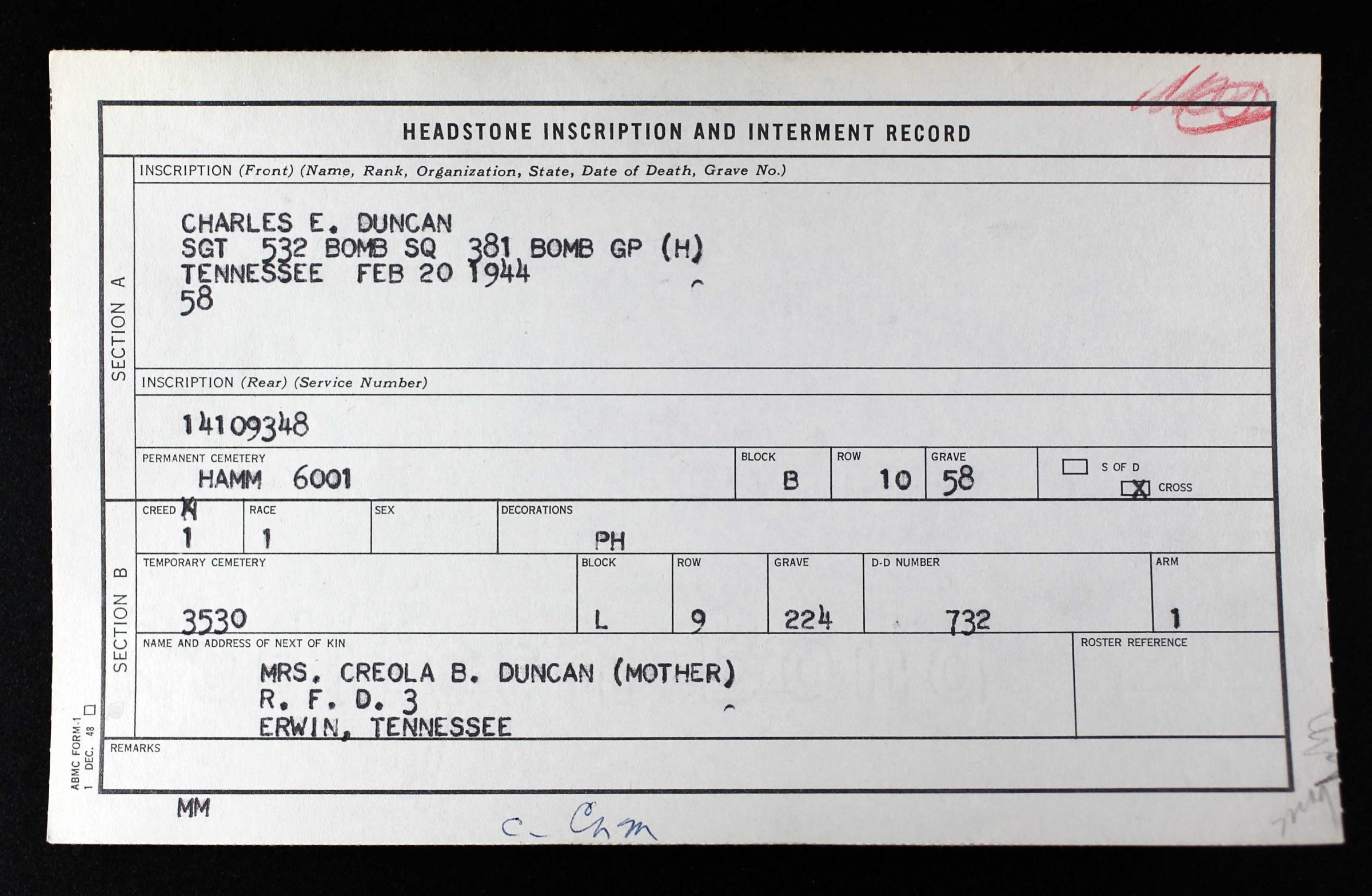