Sgt Ottinger served as a flight engineer of a B-17 flying fortress bomber, who was killed on August 28, 1943 in a mid-air collision involving three bombers during a preparatory to landing at the Harvard, Nebraska Army Airfield. In the late evening, a formation of eight B-17´s were approaching the airfield and were to simulate a peel-off out of formation landing. The pilot of one bomber, who was preparing to land, aborted the landing, pulled upward and collided with another bomber with both airplanes crashing on the airfield. The third bomber, severely damaged, crashed landed in an open field, as the pilot was unable to avoid the wreckage and debris of the two bombers that had collided in mid-air. Thirteen airmen were killed from the mid-air collision, two crewman from the 3rd bomber parachuted to safety and one died while attempting a parachute jump.

The Knoxville Journal, August 30, 1943
Sgt. Charles D. Ottinger, 20, of 613 Watauga Avenue, was listed among 14 Army men killed when two four-engined bomber collided and crashed near the Harvard Army Air Base, Harvard, Neb., Saturday night, according to an Associated Press dispatch. The planes were on a routine flight when the crash occurred and all men aboard both planes were killed, the dispatch disclosed.
Sergeant Ottinger, before entering the service last September, was employed at the Standard Knitting Mills. Funeral services will be at the Christian Church at Greenville of which Sergeant Ottinger was a member. The date of the funeral will be announced later.
He is survived by his mother, Mrs. Bonnie McLean of Knoxville; father, Milburn Ottinger of Greenville, and a sister, Miss Ella Mae Ottinger of Knoxville. 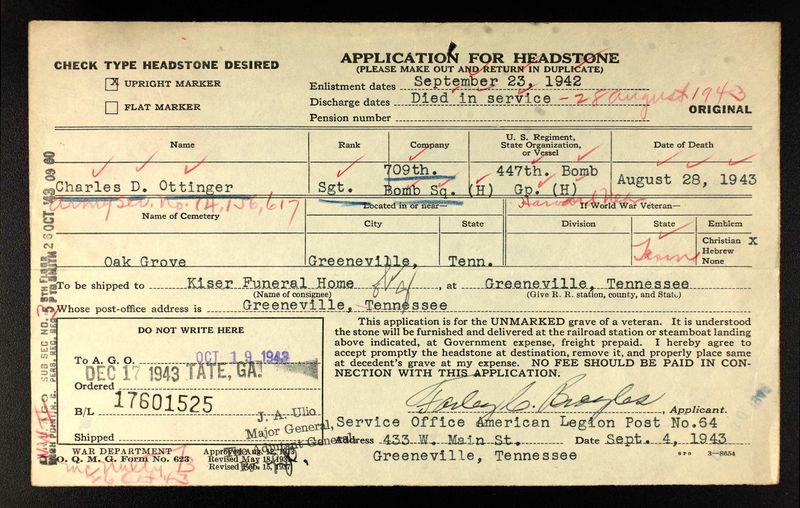 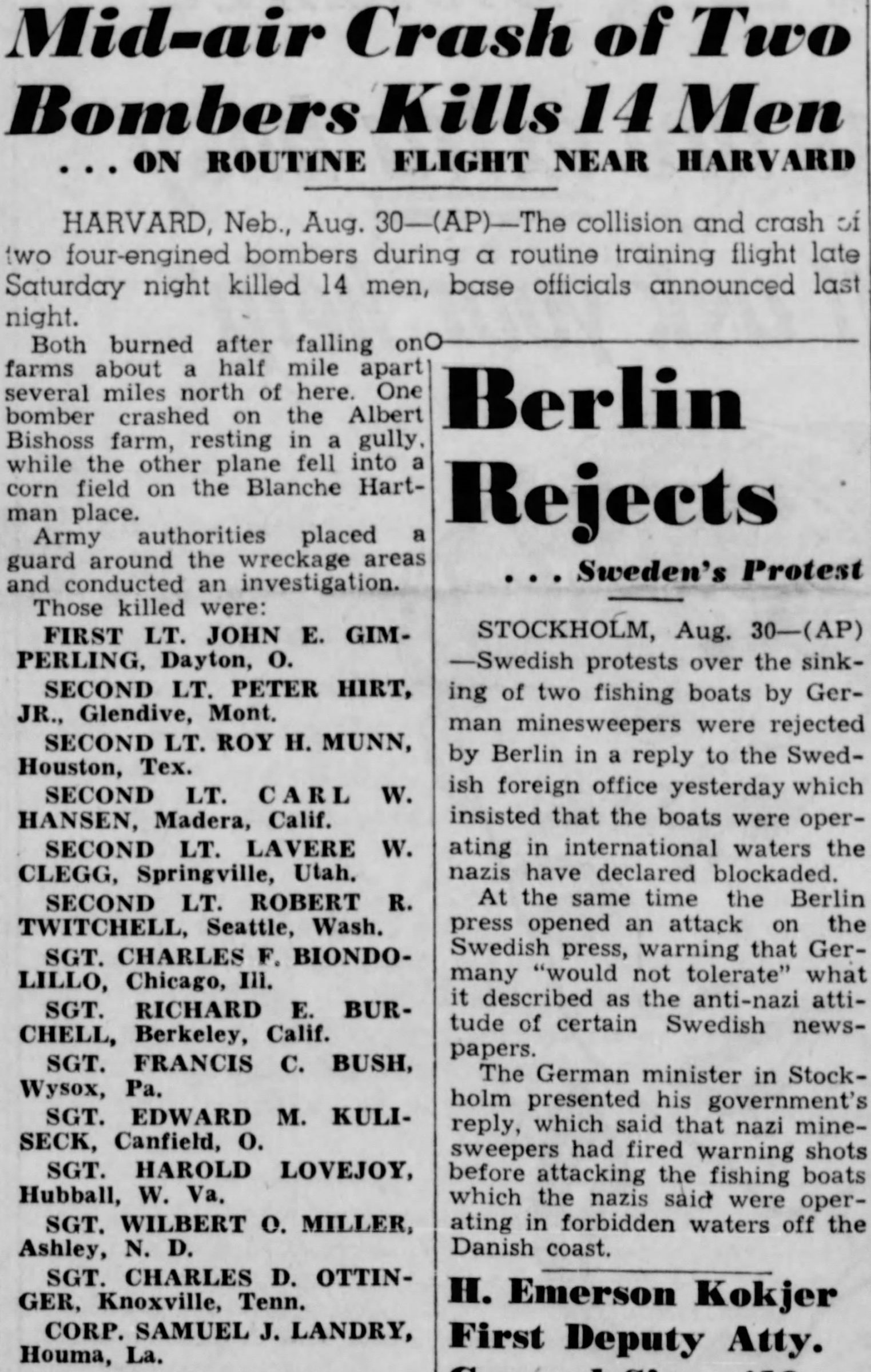 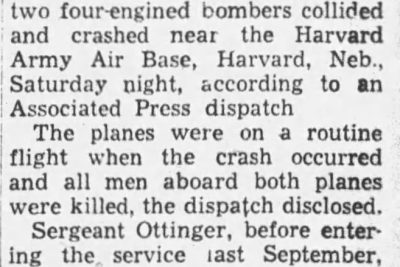