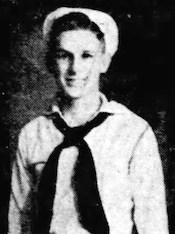 Charles Douglas Norris, 20, is the second Kingsport youth in service to be reported missing within the past week. Mrs. Samuel Patton, Old Kingsport, has been notified by the navy department that Norris, a fireman first class, has been lost in action. She is the grandmother of the youth. A telegram from Rear Admiral Randall Jacobs, chief of the Bureau of Nagavation, stated that information received in Washington indicated there may be some survivors of the ship Norris was on, but ´no positive information concerning your grandson has been received´. Besides the grandmother, Norris has one brother, Sam and a sister, Kathleen.

Charles D. Norris served on the USS Pillsbury DD-227. The Pillsbury was sunk at night by gunfire at the Java Sea. The location is give as approximately 200 miles east of Christmas Island. From March 1st to 4th 1942 Japanese forces were operating to the south of Java to prevent the escape of American Forces from that area.

He entered the service from California and was officially declared dead on 25 November 1945. He is memorialized at Manila American Cemetery. 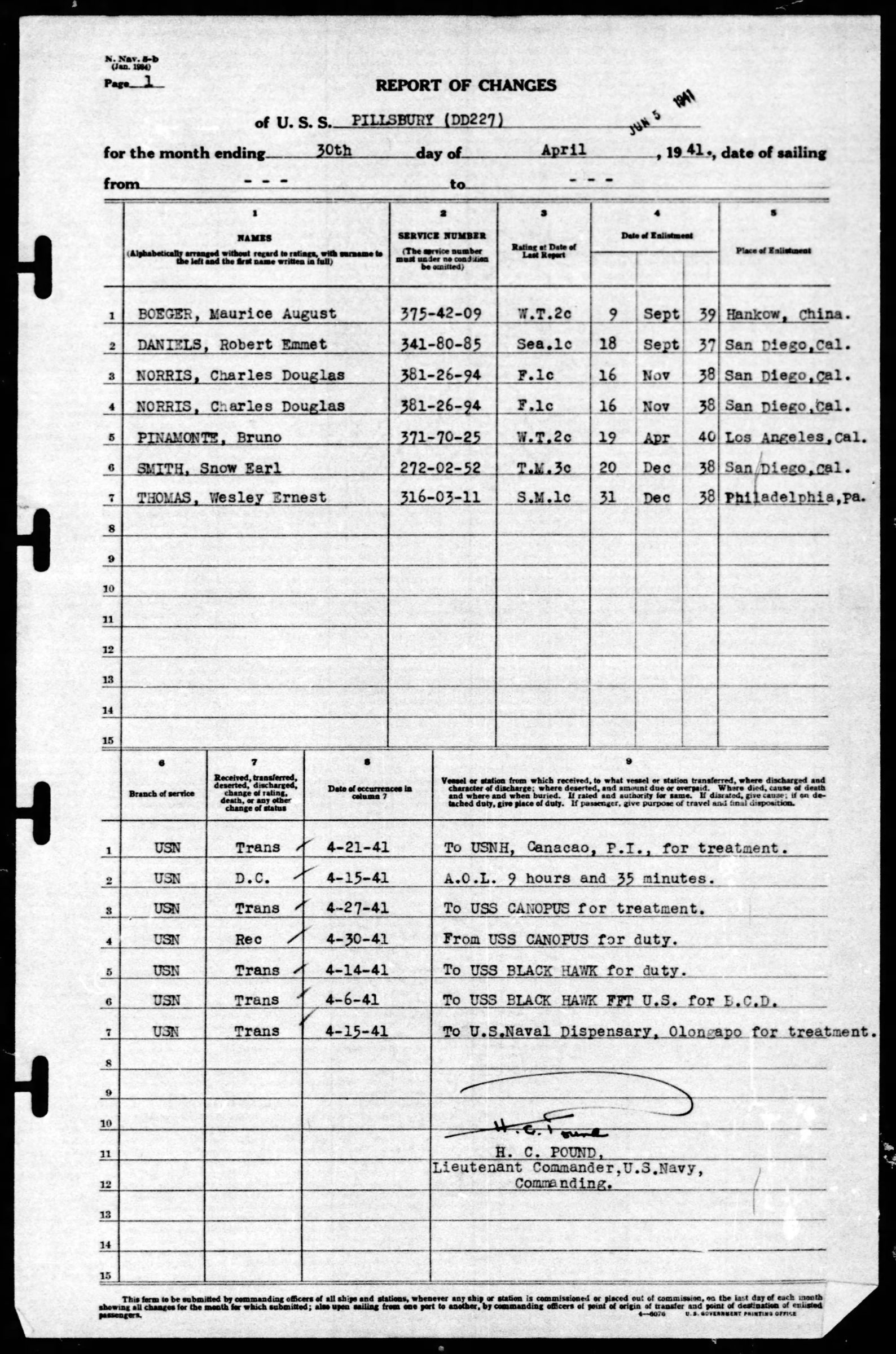 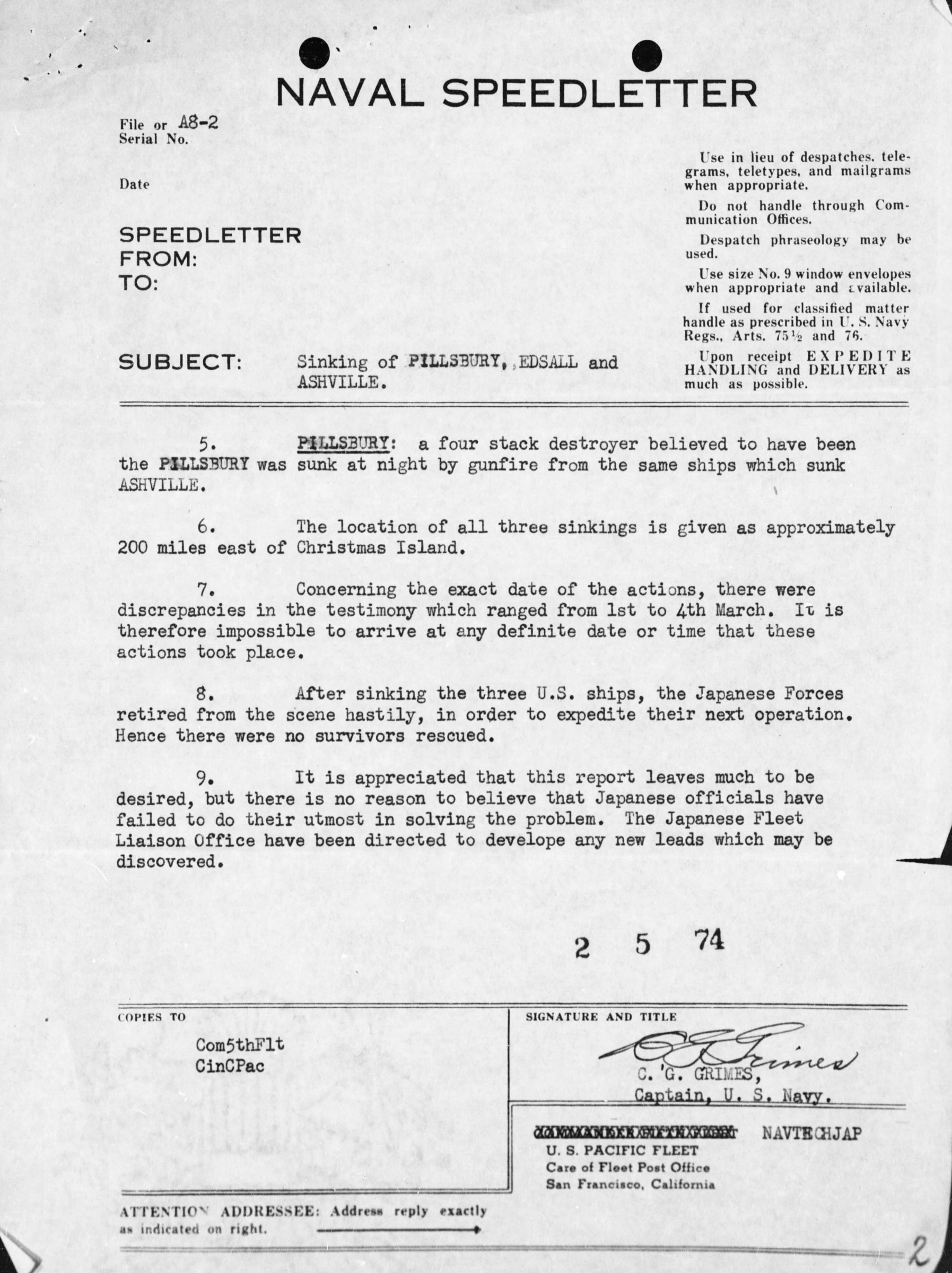 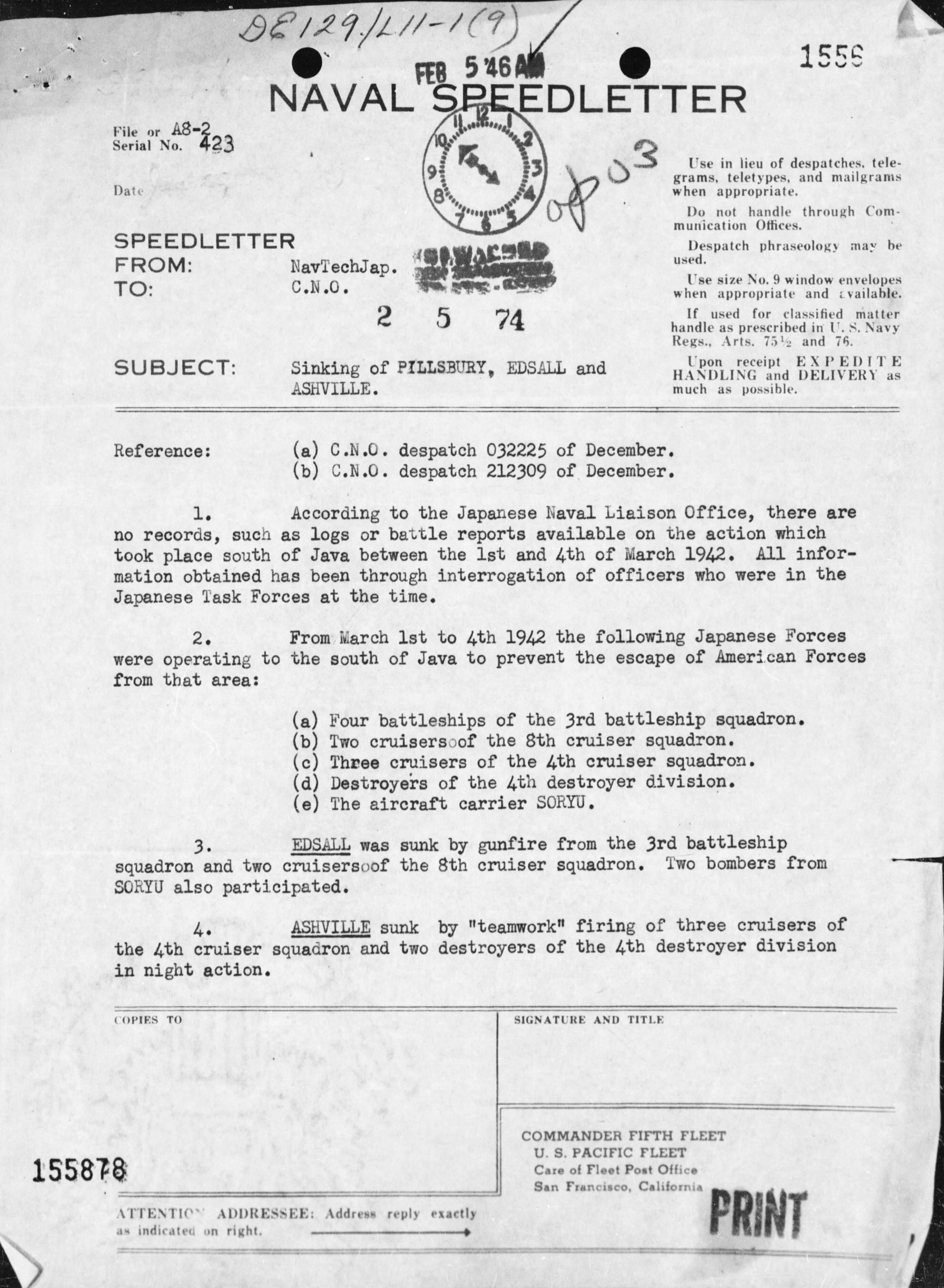