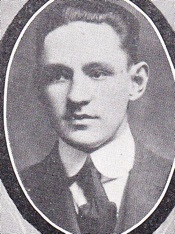 Charles Douglas Johnston Jr. from Knoxville volunteered his services to the U.S. Army on June 7, 1917. As a member of the University of Tennessee Ambulance Unit, he received his military training at Allentown, Pennsylvania. He embarked for France December 25, 1917. As a member of the AEF’s contingent of the Army Ambulance Service , Sergeant Johnston saw service with the 7th, 8th, and 10th French Armies, Sanitary Section Unit No. 533, and was a participant in all battles of his command until his death on September 26, 1918 as a result of influenza.

An article in the Knoxville Journal and Tribune recounted his family life and service on the Front:

Information reached Knoxville Thursday of the death of Sergt. Chas. D. Johnston, whose wife was formerly Miss Annie Katherine Dunn, who now resides with her 5 1/2 month old baby boy at 612 West Clinch Avenue. Sergt. Johnston is the son of Mrs. Mary A. Johnston, Laurel Avenue, and the late C.D. Johnston. He was a victim of influenza.

The delay and absence up to this time of official notice of his death, is probably due to the fact that since June 10th of this year, he has been attached to the 10th French army under General Mangin. S.S.U. 533. He joined the U. of T. ambulance corps last year, went into training at Allentown and sailed for France last January.

Sergt. Johnston was born in Knoxville, November 25, 1894, and would have soon been 24 years old on the 25th of this month. He attended Knoxville High School, afterward going to Tusculum College where he became prominent in athletics, winning many track events in East Tennessee and Southwest Virginia meets, and for this reason he is well known in many East Tennessee towns. In his third year at college, he left to become connected with the Square drug company, of Knoxville, where he was engaged when he joined the service.

He was married July 3, 1917, to Miss Annie Katherine Dunn, of Knoxville and to this union a son was born last May, whom the father had, of course, never seen, having been in France at the time of the birth. When last he wrote, Sergt. Johnston held the rank of corporal, but was pleased that he had been recommended for promotion to the rank of sergeant, notice of which promotion he had not received before his death. 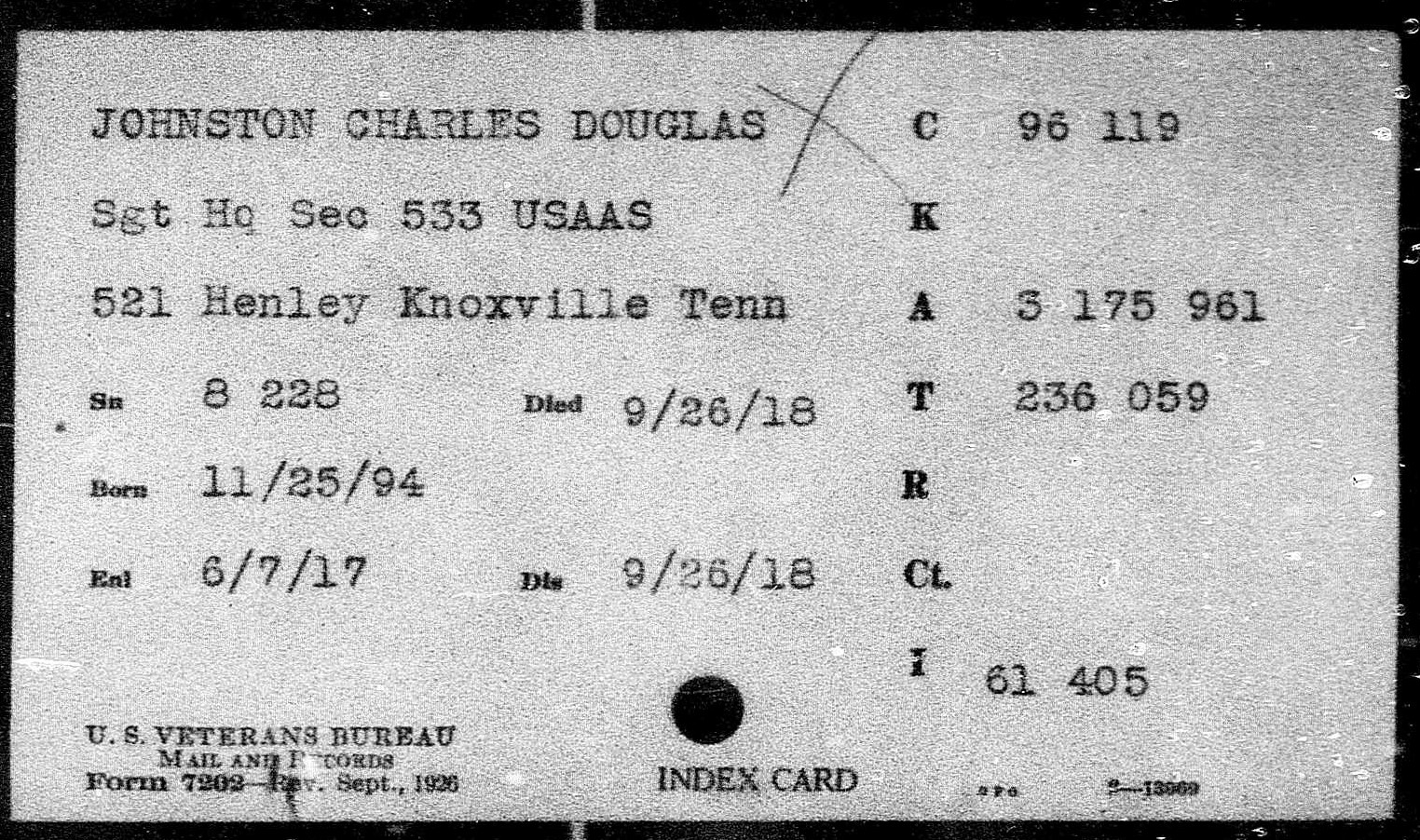 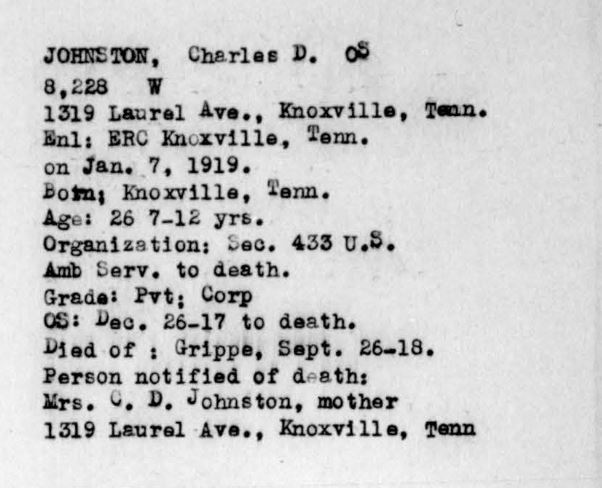