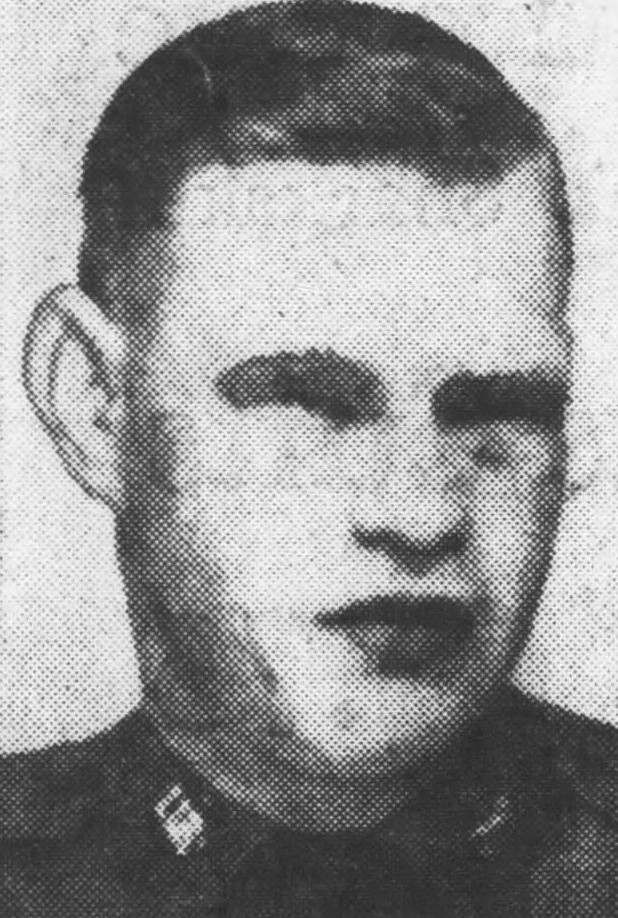 Charles B. Owens was born on 28 June 1929 in Johnson City, Tenn., to Charles Albert Owens and Winnie Irene Howard.

The Johnson City Press-Chronicle, May 17, 1953
A Washington, D.C., mother who formerly lived in Johnson City has come back here in hopes of getting some word of her son, who has been missing in action and “thought to be a prisoner”since the early months of the Korean war. Pfc. Charles B. Owens was listed as missing and presumably sent to a North Korean prison camp, after being wounded in December, 1950. His mother, Mrs. Winnie Owens Cole, had several notices from the Army Department that he was “still missing” but she has heard nothing since December, 1951.
She said she and her husband will stay in Johnson City about a week, at 14 King Springs Road. Her Washington address is 840 Barnum Street N.W. She hopes some ex-prisoner will let her know if he has any word about her son’s whereabout’s and condition. She planned to communicate with Sgt. Walter H. Mitchell of Greeneville, Tenn, recently returned from a prisoner-of-war camp.

The Evening Star, Washington D.C., August 14, 1953
The Defense Department has announced that two Washington Men are purported to have died while in Korean prison camps. They were names as Pfc. Noel. P. Reinhart and Pfc. Charles B. Owens, son of Mrs. Winnie Owens Cole of 840 Barnum Street N.W.
Pfc. Owens was 24. His mother said she feels the long, hopeful wait is all over now. She received word from the Defense Department that the Communists had included her son’s name in the list of those who had died in captivity. While the Defense Department views with suspision these lists, Mrs. Cole, nevertheless, has accepted her son’s death. “In my dreams he has died,” she said. “I stood over his grave in one dream.”Pfc. Owen was born in Johnson City, Tenn. He was the youngest of six children and his father died when he was 4 months old. Mrs. Cole, who has since remarried, scrubbed floors and kept house for a living in Johnson City and raised her children. Her youngest son attended grammar school and then did odd jobbs as a Carpenter until he enlisted in the Army. Mrs. Colet hen moved to Washington. He had been in the Army for three years when he was sent to Korea in August, 1950. In September of that year, Mrs. Cole received her last letter from him. He had been wounded and hospitalized in Japan. The Defense Department wrote her next. She was told he was missing in action in December, 1950. In June, 1951, she was advised her son was “thought to be a prisoner of war.” “He was a quiet boy who liked to stay to himself,” Mrs. Cole remarked. “What hurts most is that he used to kid me all the time. We had a lot of fun together.” 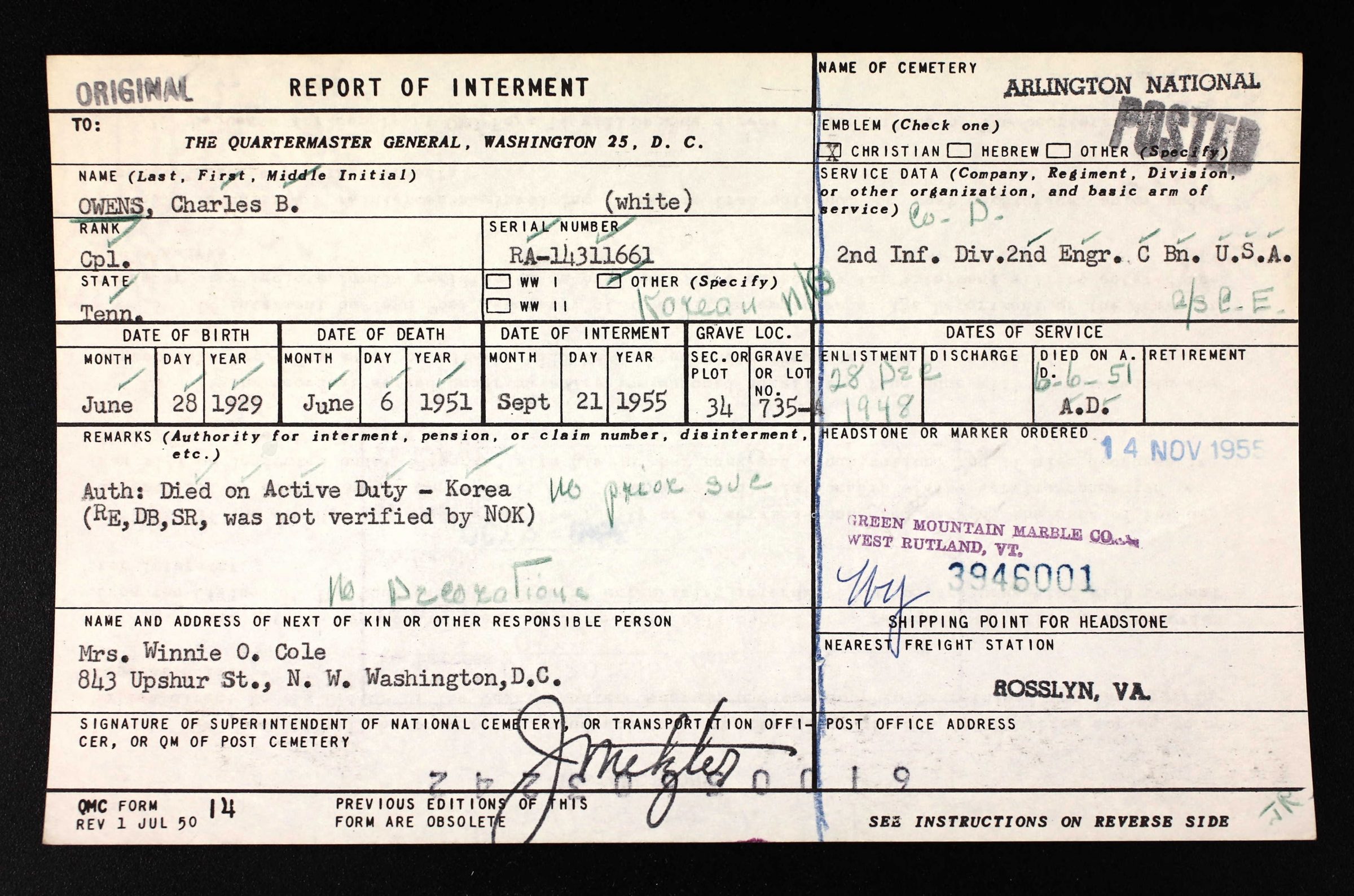 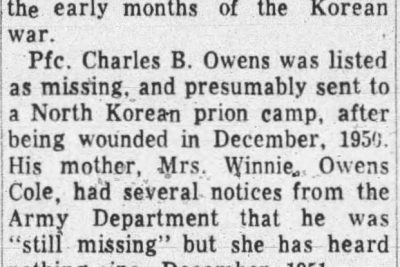 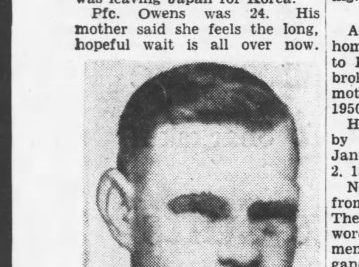