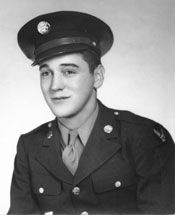 Staff Sergeant Charles Baker Irwin was born December 13, 1921, to Grace and Charles W. Irwin and was the only son of six children. His sisters were Trula, Nannie, Jo, Ruth, Jewell, and Nelle.

In spite of being needed on the farm, Charles volunteered for the Army Air Force on August 11, 1942, and was killed in a bombing raid over Gelsenkirchen, Germany, on August 12, 1943.

He was the engineer and back-up tail gunner on the B-17 Flying Fortress and was a member of the 379th Bomb Group, 524 Bomb Squadron, stationed in Kimbolton, England.

Charles is buried in the Netherlands American Cemetery in the village of Margraten, Holland, P, 9, 4, along with 8,300 other men and women killed in World War II. Awarded the Air Medal and Purple Heart

He graduated from Farragut High School in May 1939 and was entering his third year in the School of Agriculture at the University of Tennessee when he volunteered for the Air Force.

Submitted by the only surviving member of his family, Nelle Irwin Strange, Knoxville, Tennessee, May 2009.

Aircraft B-17F with serial number 42-29898, nickname Scarlett O´Hara, departed from Kimbolton, England on an operational mission to the Oil Refinery in Gelsenkirchen, Germany. The aircraft was attacked by fighters near Bonn, starting a fire in the cockpit area after the bomb run. The aircraft crashed near Metternich.S/Sgt Irwin was initially buried at Cross-Mernich cemetery near Weilerswist at the North-wester side in a common grave on 16 August 1943. 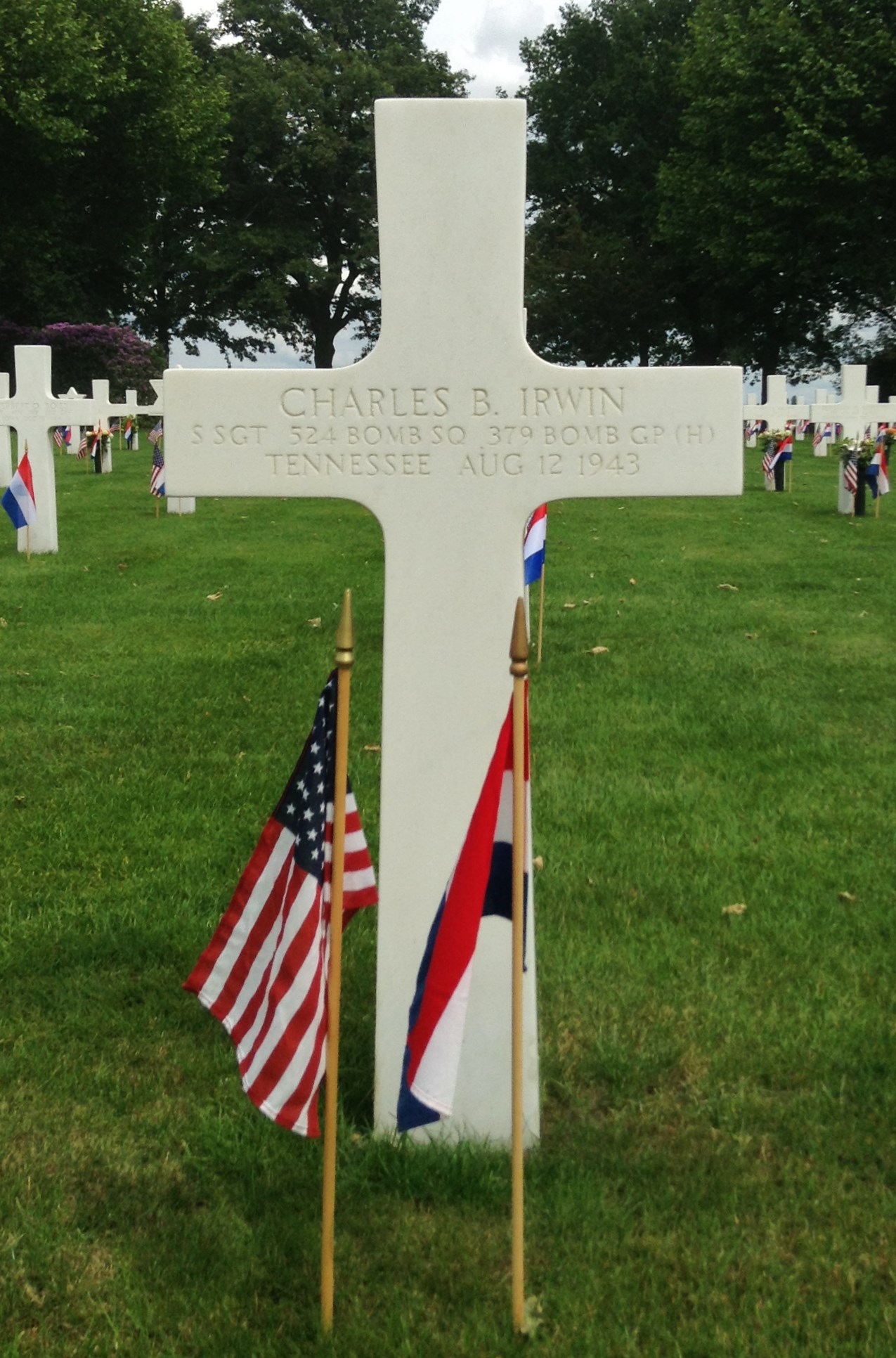 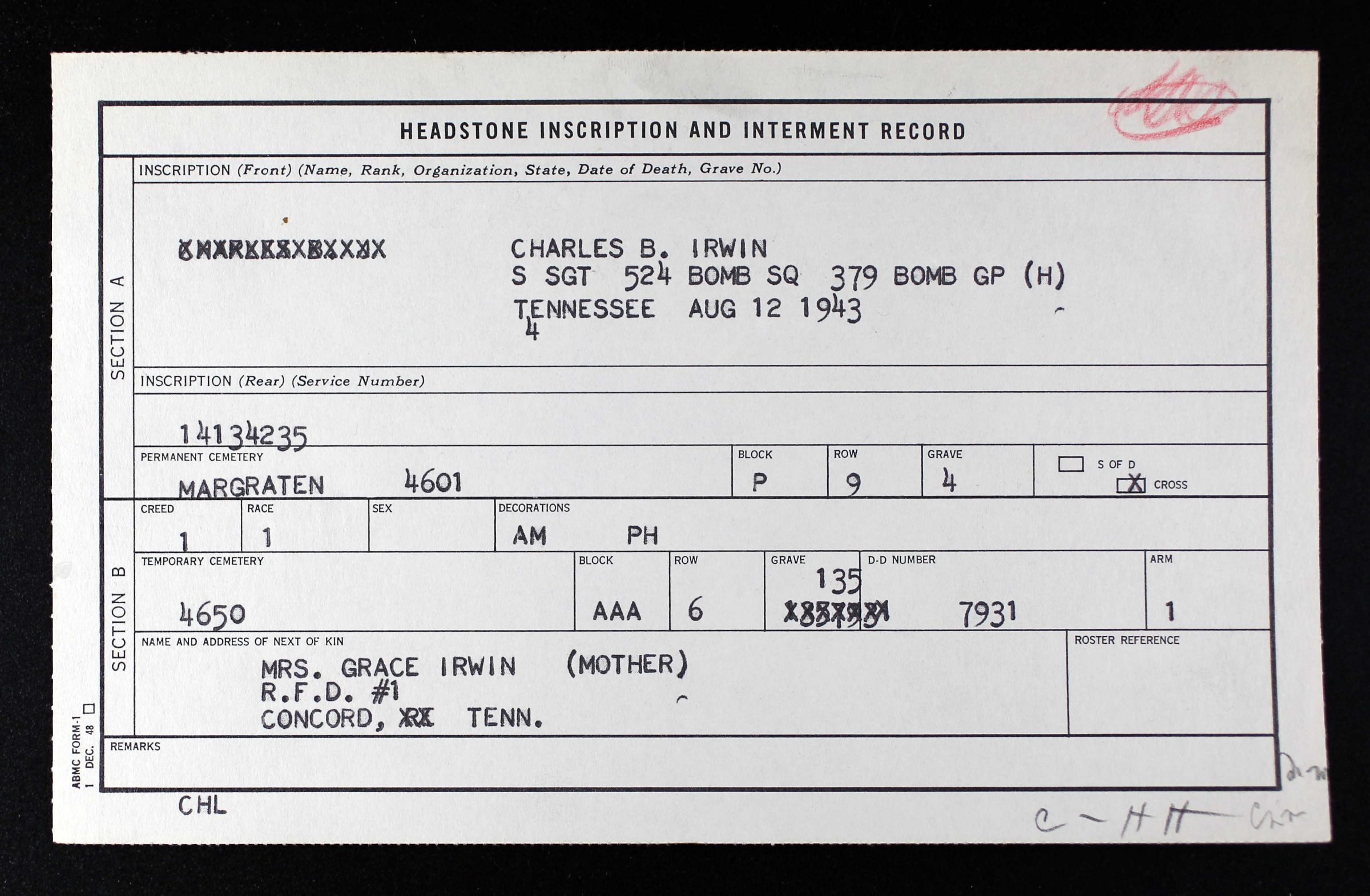 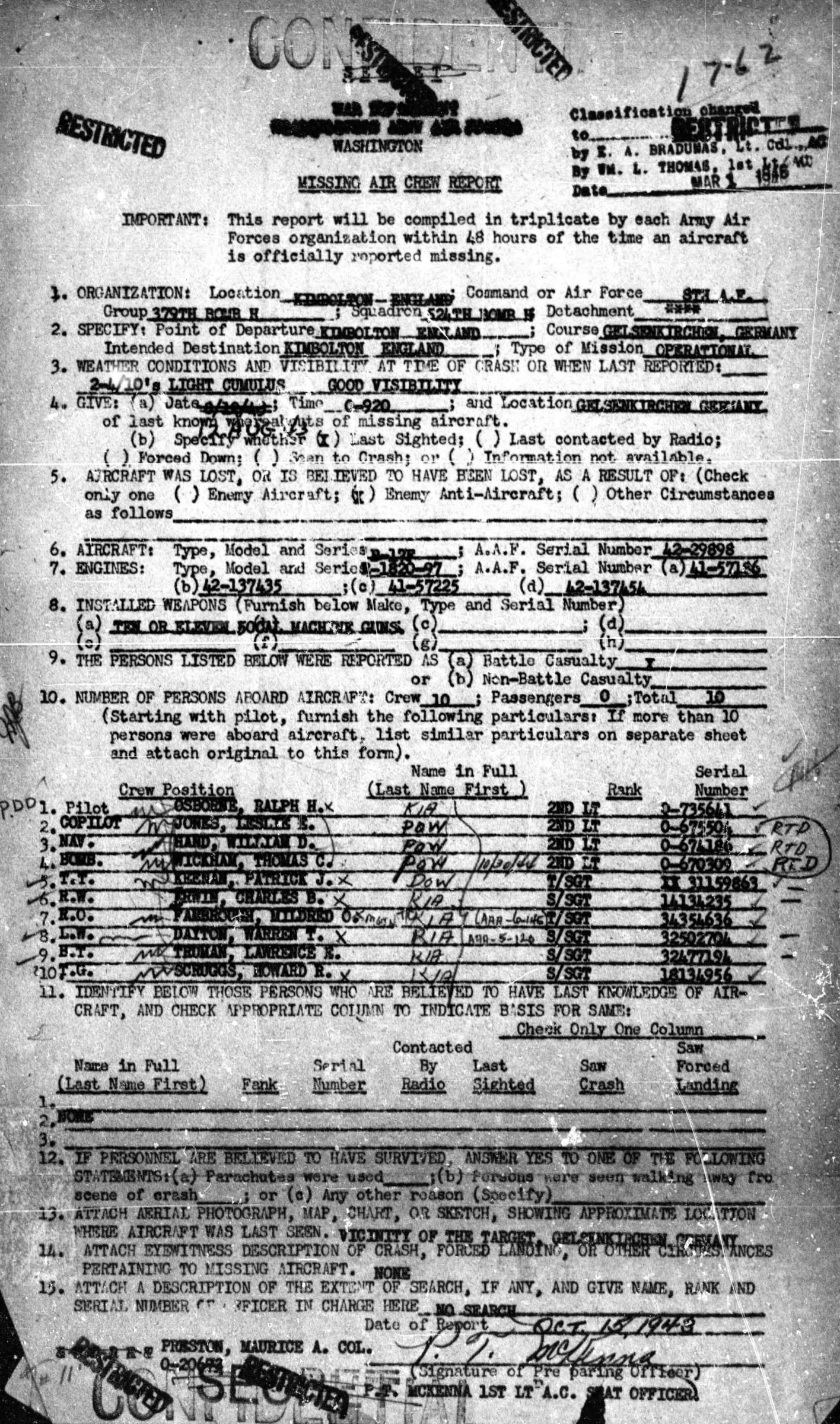