Charles Burton Easley was the pilot of aircraft F-6A with serial number 43-6053. He departed from Molay, France on a visual reconnaissance mission.

Statement by  1st Lt Raymond James Doyle, Air Corps
On 18 July 1944, I flew a visual reconnaissance mission with 2nd Lt Charles B. Easley, south and east of Avranches, France. At approximately 1415 hours, I saw four aircraft drop below the overcast headed in our direction. I reported the bogies as being at nine o’clock and Lt Easley acknowledged receipt of my message. A few seconds later some eight other sections followed the original four which were now recognized as ME 109s. I called a break to the left which we both executed and then I headed for the deck giving similar instructions to Lt Easley. While on the deck he called and asked if I was still with him. After informing him that I was and to continue on home, a section of two aircraft dove at me from three o’clock. When the lead ship started firing I broke right, into them and after they had passed, turned North and headed for home.  A few seconds later I saw tracers off my left wing and broke in that direction. The enemy aircraft broke off the attack and while in this turn, looking south, I saw a cloud of smoke and dust which I assume to be an aircraft; probably Lt Easley. Last contact was made by radio prior to the second break.

The Knoxville News-Sentinel, August 3, 1944
Second Lt. Charles B. Easley, 23, was reported missing in action in France July 18, the same day he wrote his parents, Mr. and Mrs. J. Frank Easley, 2811 ½ Magnolia Avenue, that he had received the Air Medal and four bronze and one silver Oak Leaf cluster, it was learned yesterday. Lieutenant Easley, a P-51 Mustang Fighter pilot, has participated in 31 flying missions. He enteres the service in August, 1942, and has been overseas since March of this year. 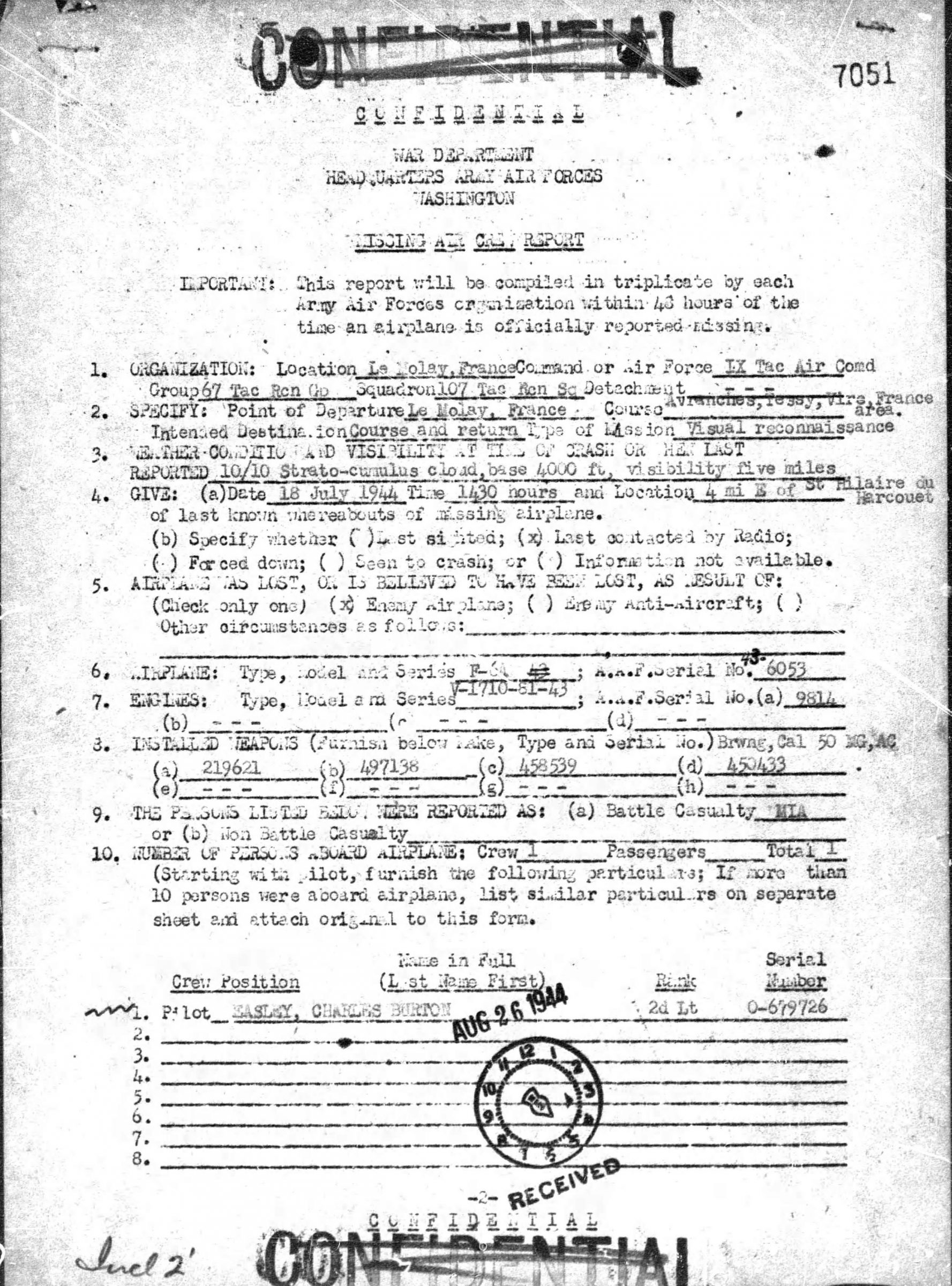 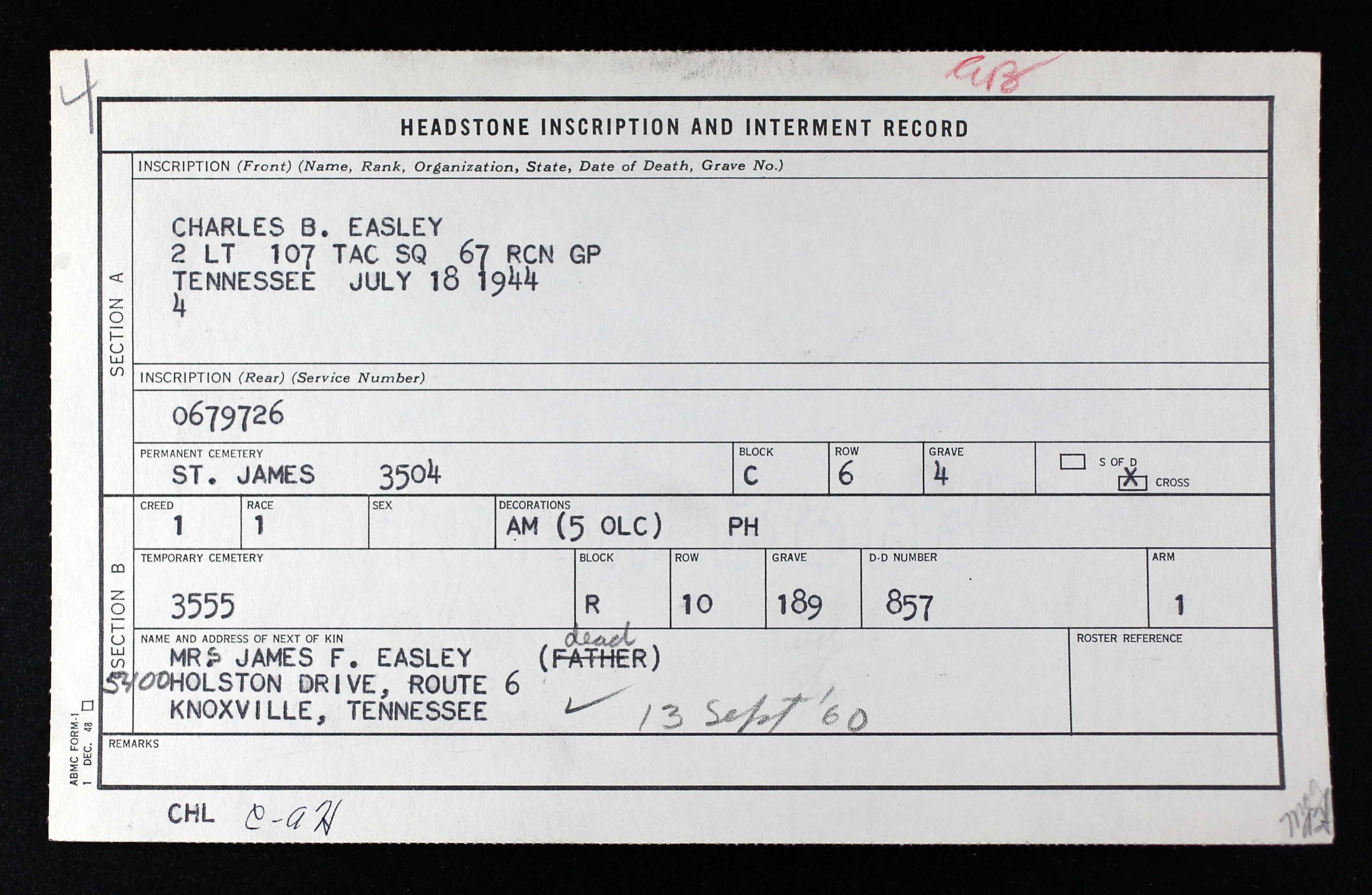 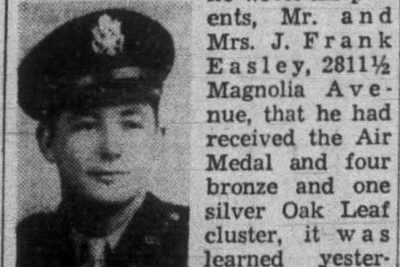