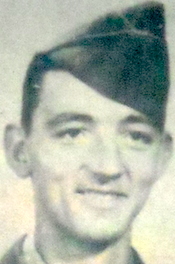 Herald and Tribune, November 28, 1945
Memorial services for Pfc. Charles B. Carey, who was killed in action at Hillpolding, Germany, on May 1, while serving with a forward division of the U.S. Army, were held at Jackson Park Church of the Brethren in Jonesboro.
The 19-year-old private first class was the son of Mr. and Mrs. A.T. Carey of 408 West Main street, Jonesboro. He entered service December 1, 1943 and had early training at Fort Knox, Ky., and Fort George G. Meade, Md., before he went overseas in January, 1945. He was holder of the Good Conduct Medal. Besides his parents, he is survived by two brothers, David Carey of Jonesboro, and A.T. Carey, Jr., signalman second class, USN. The latter is now at home on leave.