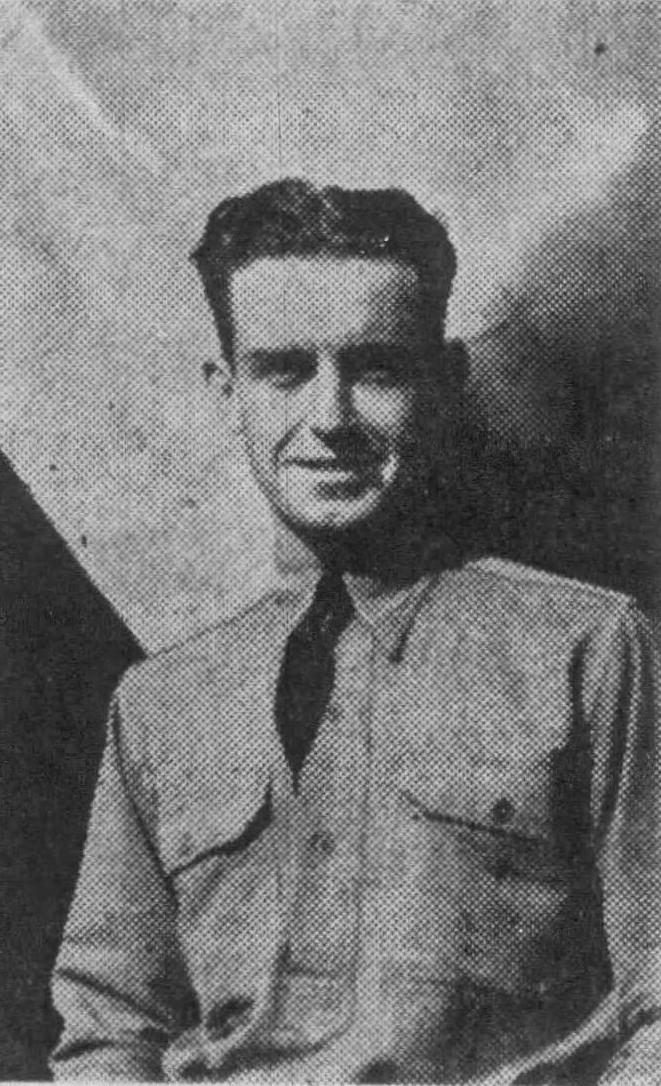 Charles Byrd Baxter was born on 2 April 1910 to Lorenzo Dow Baxter Sr. and Elizabeth Beatrice Hughes.
He died non Battle 21 August 1942 in a hospital at Brisbane, Australia.
Buried in the Knoxville National Cemetery, B, 6276

The Erwin Record, May 13, 1948
The body of Staff Sergeant Charles D. Baxter, husband of Jessie Hampton Baxter, and son of Mr. and Mrs. L.D. Baxter of Erwin, is being sent to the United States from Honolulu, aboard the United States Transport Cardinal O’Connell, and Baxter’s body will be sent from San Francisco to the Atlanta Distribution Center. Mrs. L.D. Baxter, his mother, has been contacted and stated that the family had made no plans until further notification, except that S-Sgt. Baxter will be given a military funeral and burial at the national cemetery in Knoxville.

The Johnson City Press, 24 June 1948
The body of Staff Sergeant Charles Byrd Baxter, 32, son of Mr. and Mrs. L.D. Baxter, will arrive today in Knoxville. Staff Sergeant Baxter died in a Brisbane, Australia, hospital August 21, 1942, where he had been a patient since April of that year. A graduate aerial photographer-navigator, he was serving as a bombardier in the Army Air Forces at the time of his fatal illness. 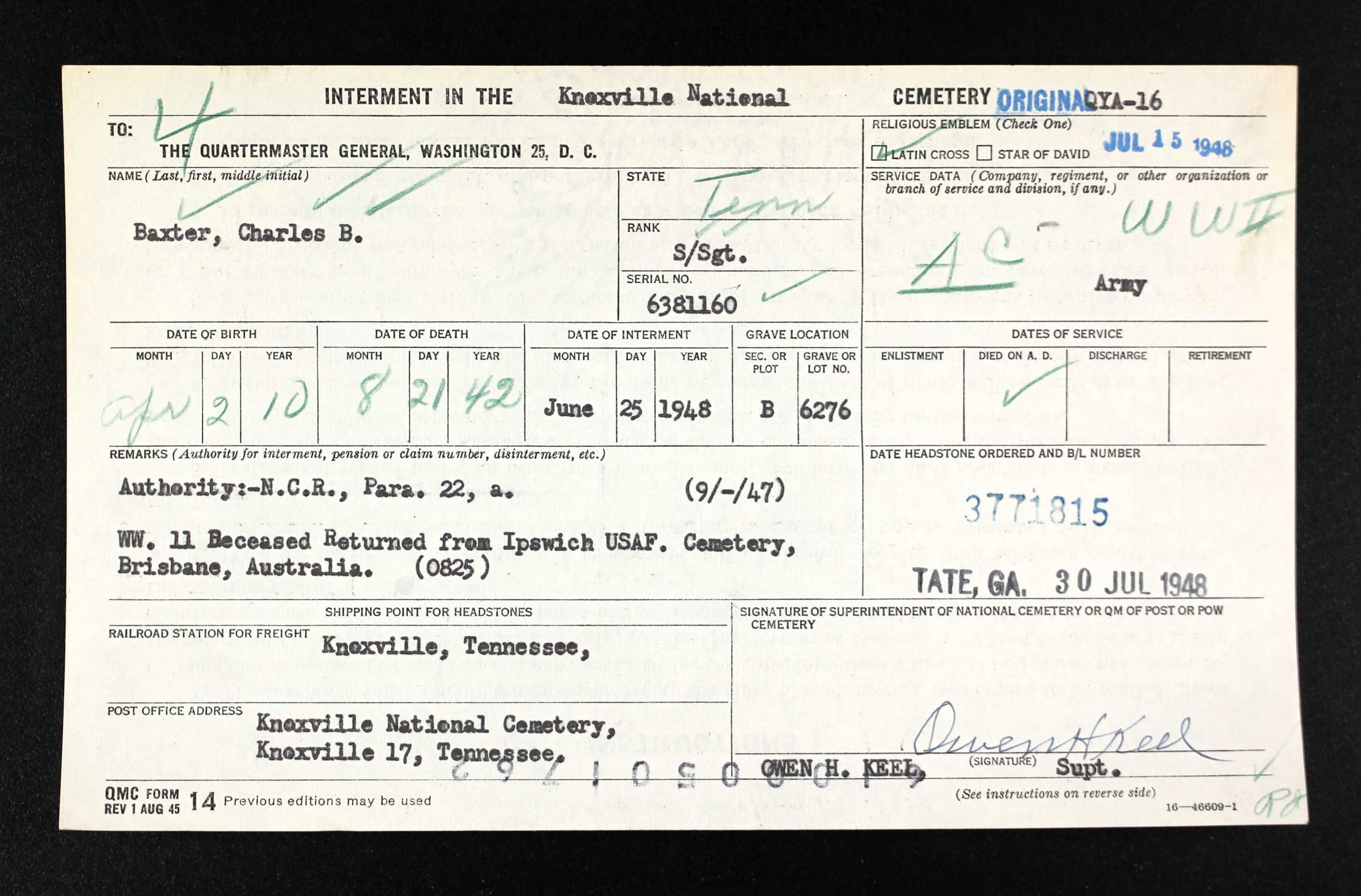 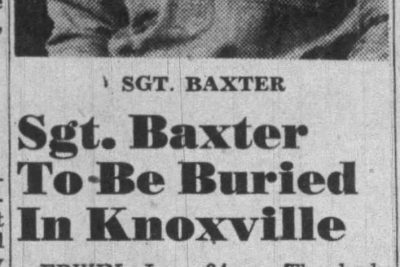 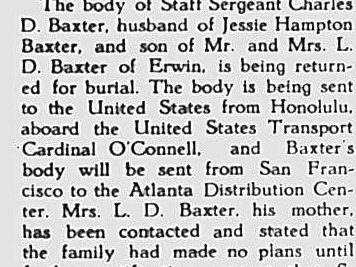 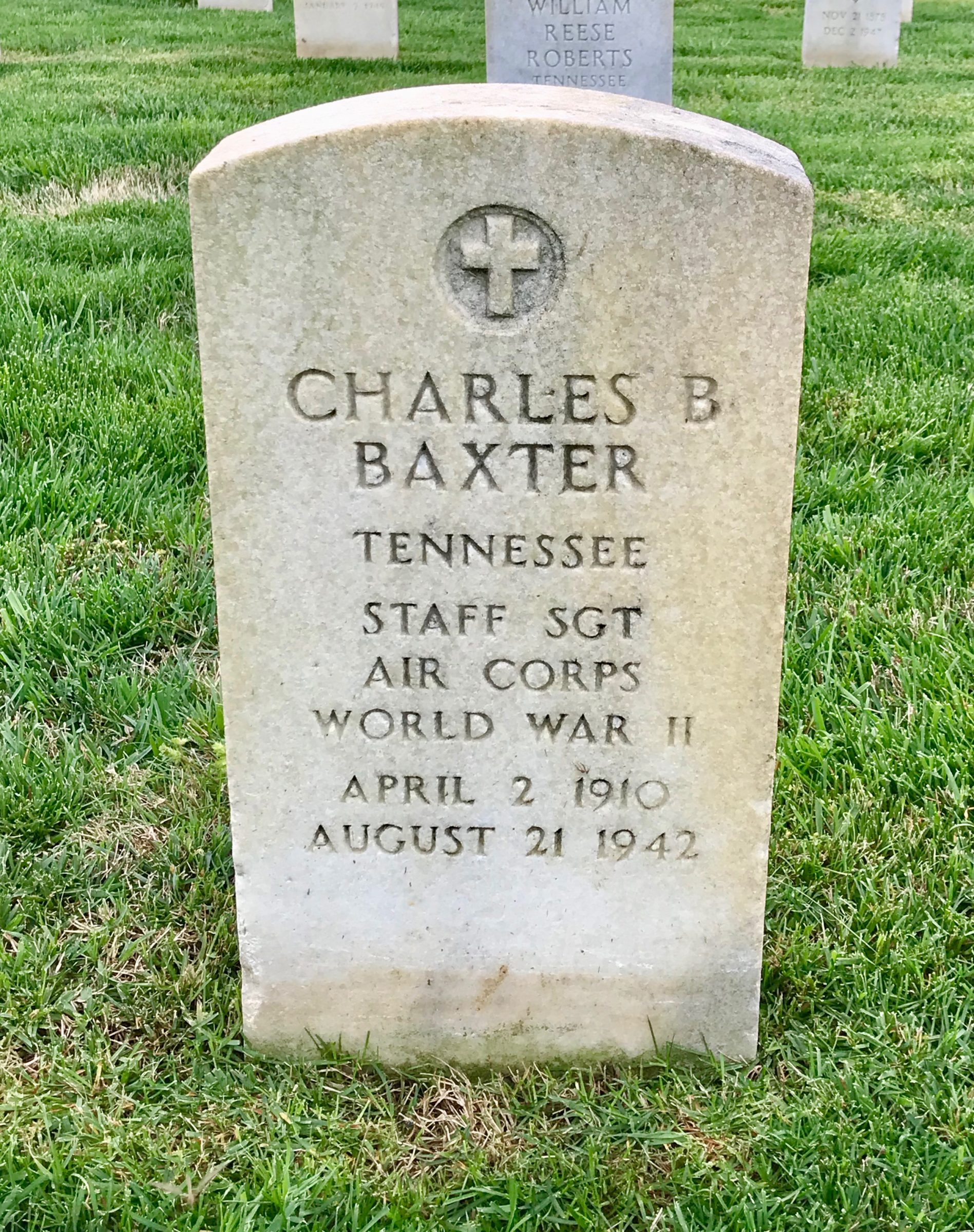