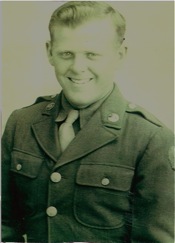 Charles was a wonderful young man. He was a Christian man who loved his family. Junior never had children of his own, but always enjoyed playing games with the nieces and nephews. He was jolly and a lot of fun. In all of his letters to his family, he always signed “Love in Christ.” That had a lasting impression on them.
–Submitted by his niece, Judith Connie Glenn

The Knoxville News-Sentinel, July 22, 1944
Pvt. Charles A. Wright, 20, son of Mr. and Mrs. Alonzo (Lon) Wright, 2316 Louise Avenue, has been missing in action in France since June 16, the parents have been notified by the War Department. Private Wright has been in the Army 18 months and has been overseas a year. He formerly was an employe at Alcoa. In a recent letter he stated he had been through part of the French invasion and had so far escaped injury. 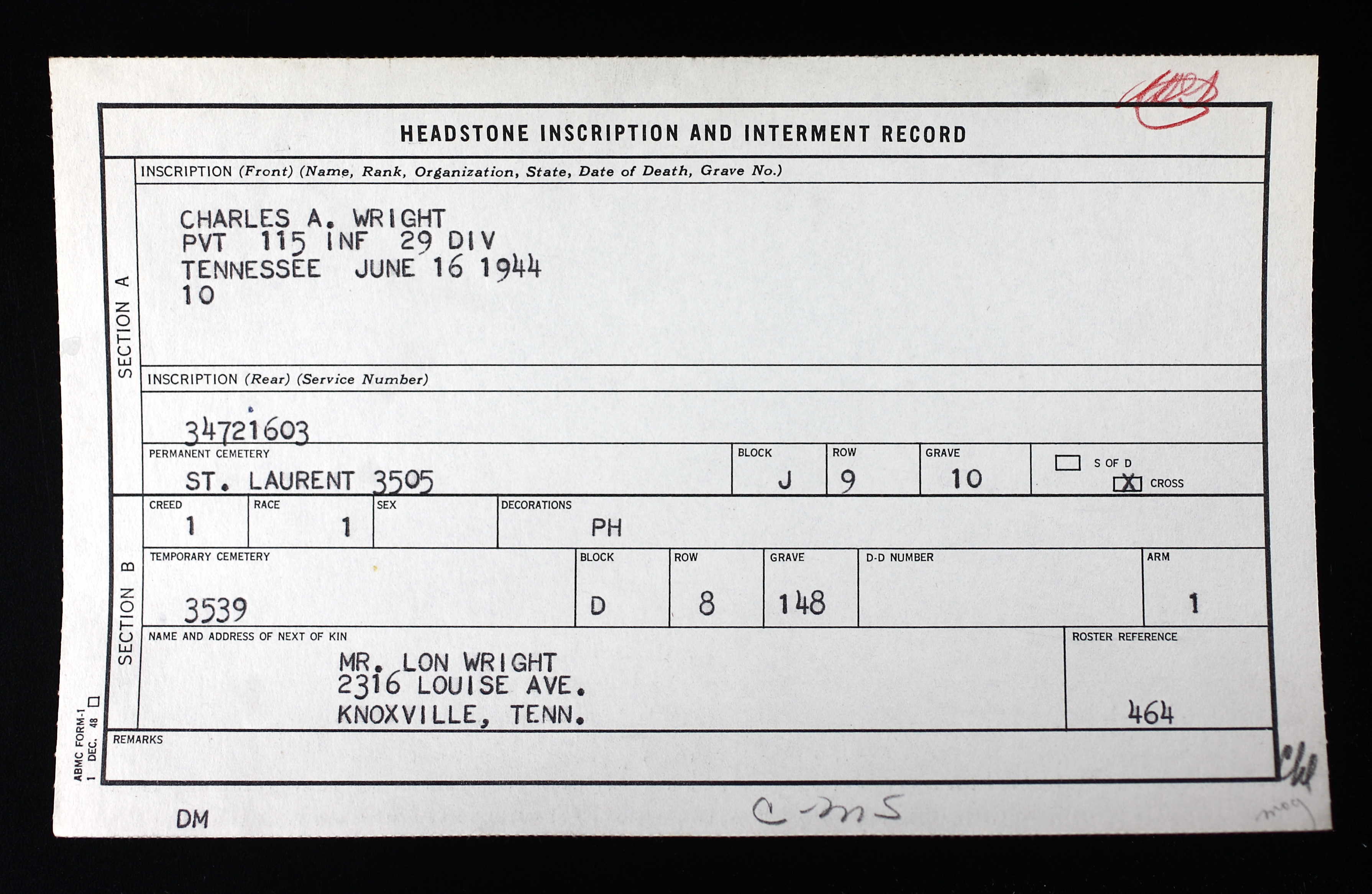 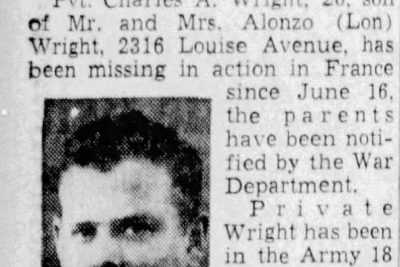 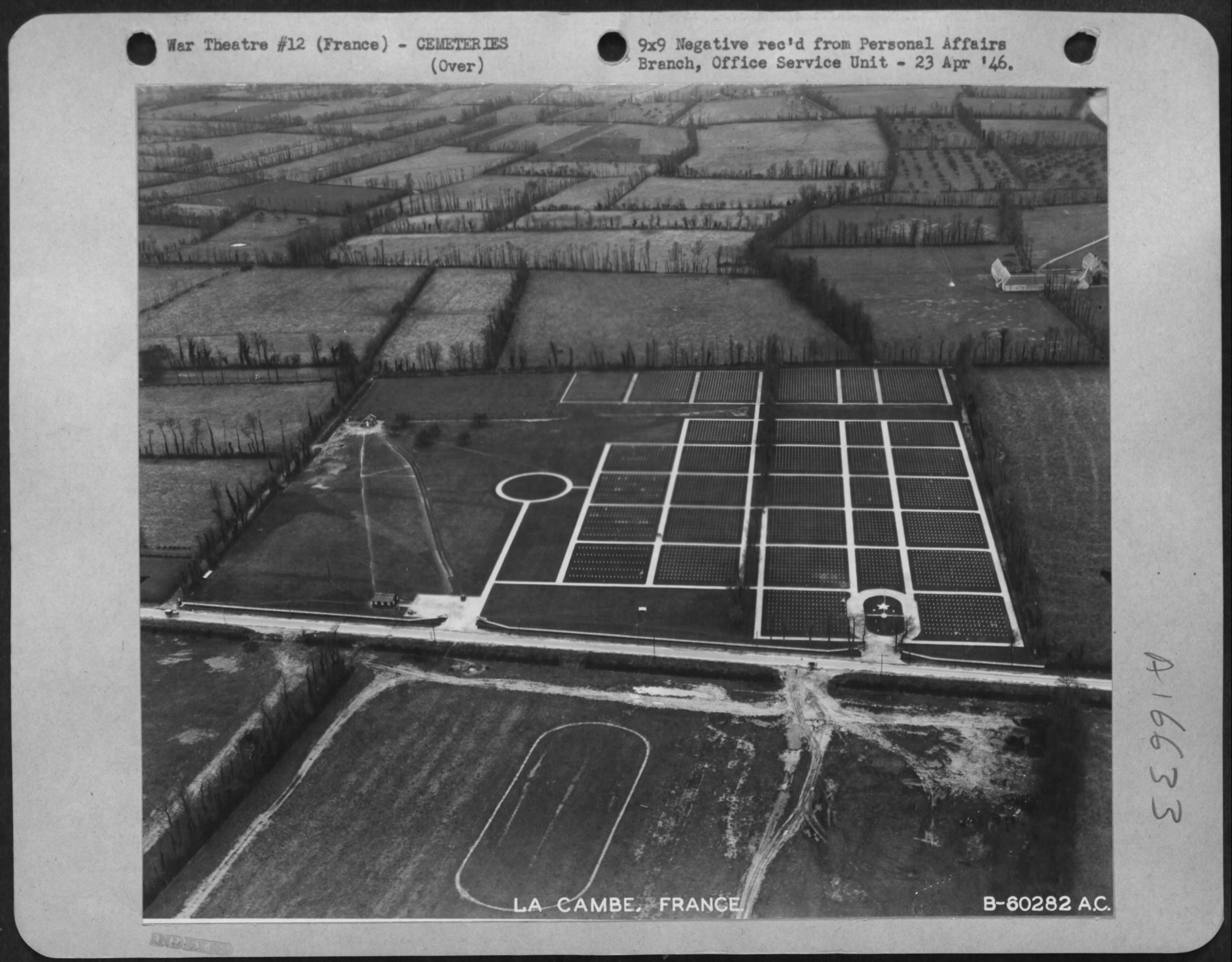 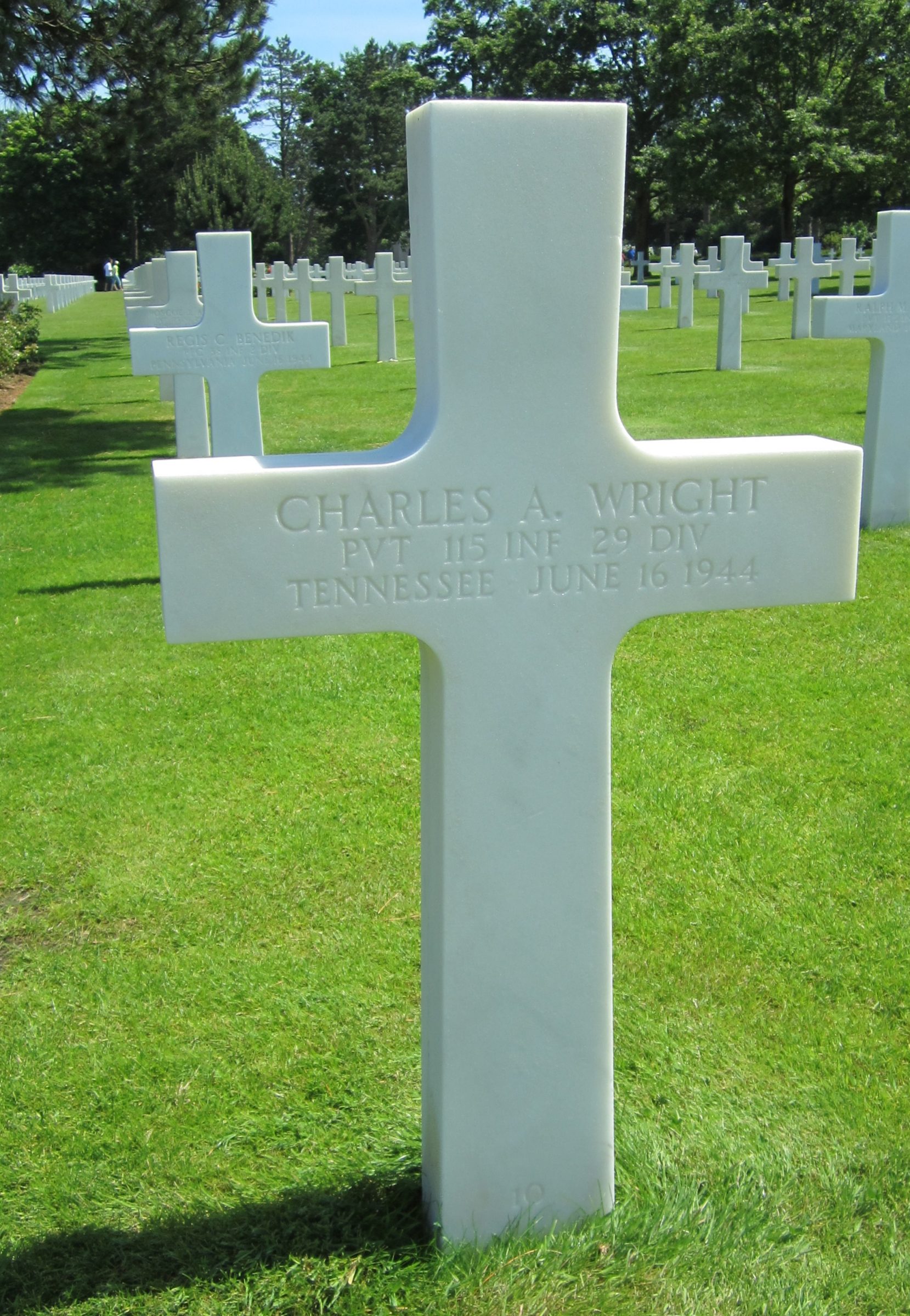