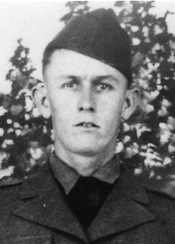 Private First Class Charles A. Elwood Jr., US Army, was assigned to the 18th Infantry Regiment, 1st Infantry Division. At the time of his death the Regiment was engaged aginst the Siegfried line at Hunnigen, Belgium. He was Killed in Action in Germany, February 2, 1945. He was interred at the Ardennes American Cemetery, Neupré, Belgium, at B,36,22.

“My father entered the Army in March 2, 1942. I believe he fought in these campaigns: Africa, Sicily, Italy, France, Normandy Beach, Belgium, and Germany (Newspaper). He was killed by a land-mine outside Ramshald, Germany, February 2, 1945. He was found in a mine field by two men in his company. (FOIA)”
–Submitted by his son, Robert Elwood

The Knoxville Journal, March 5, 1945
Pfc. Charles Elwood, husband of Mrs. Margaret Elwood of Strawberry Plains, has been missing in action since Feb. 1, in Germany, the War Department has notified his wife.
Private Elwood, a former Tennessee Valley authority employe, entered service 26 months ago and took basic training at Camp Wheeler, Ga. Overseas for 20 months, he has fought in North Africa, SIcily, Italy and France. He is the brother of Mrs. Lil Elmore of Heiskell, and has a two-year-old son, Robert Elwood. 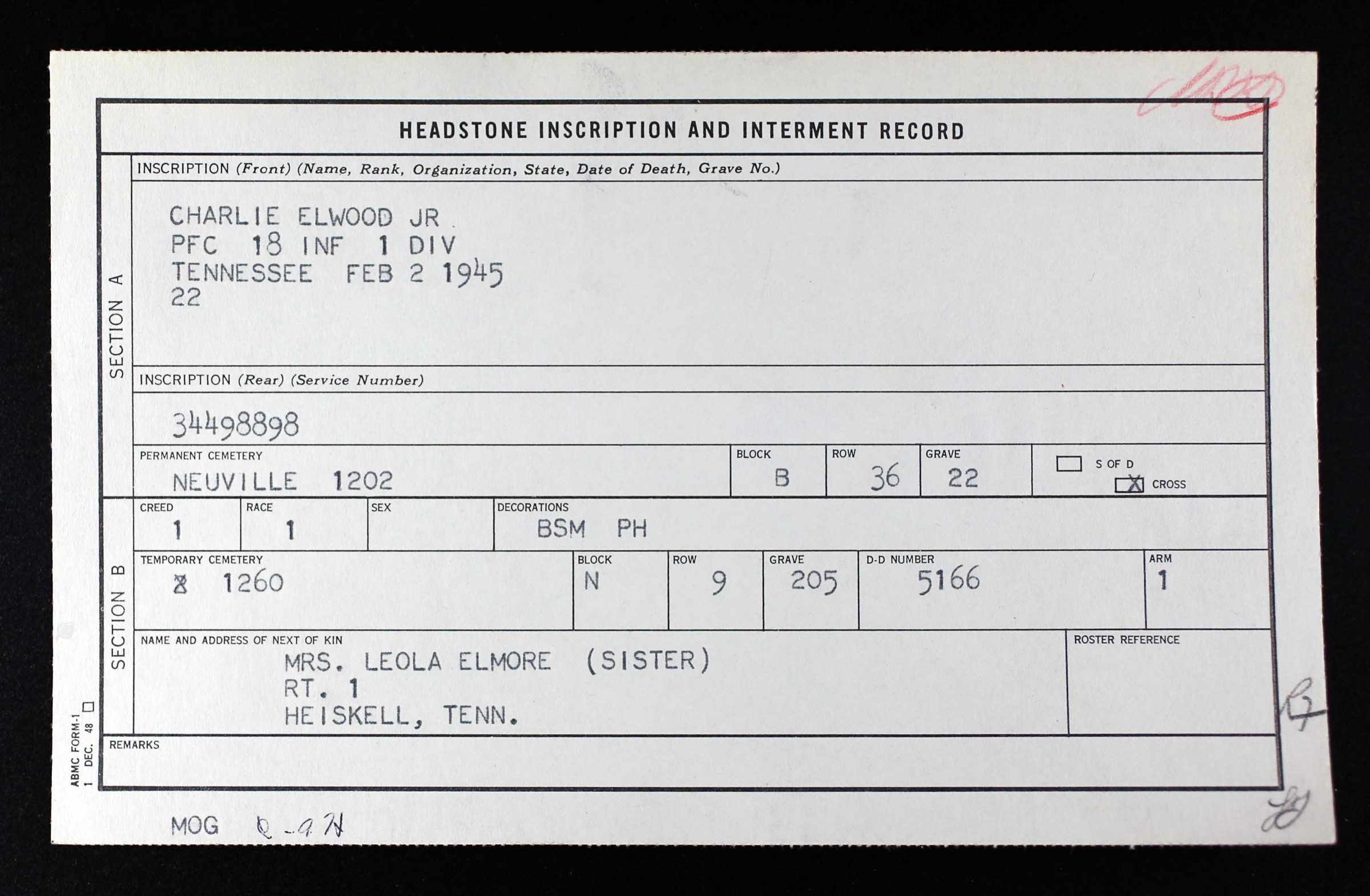 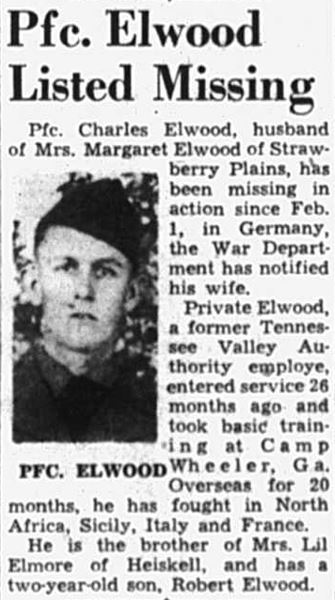