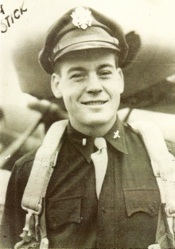 Cecil was born in Johnson City, Washington County, Tennessee in 1922 and graduated from Science Hill High School, Class of 1942. After that, he moved to Virginia and attended William and Mary College, Williamsburg, Virginia, where he was a member of the freshman football squad. He left in the fall to enlist.

Cecil enlisted as a Private in the United States Army Air Forces (USAAF) on 18 September 1942 in Richmond, Virginia with service number 13117411. Soon after, he applied for flight status and was accepted as an Aviation Cadet. He attended Pre-Flight Training at USAAF Replacement Center, Santa Ana, California and after completion was inducted into the service as a Second Lieutenant with a new service number 0-765779 on 9 April 1943. Cecil then reported for duty at the USAAF Bombardier School, Carlsbad, New Mexico and qualified as a double-threat man, that’s a bombardier and a navigator.

30 November 1944, the crew bombed their assigned target at Merseburg, Germany, this was their 25th bombing mission together and they were flying on B-17G #43-38053, their first mission on this plane. Just after Cecil hit the toggle with all bombs away, anti-aircraft fire (FLAK) hit the nose of the plane and Cecil was killed in action at 1319 hours (1:19pm). The co-pilot was also killed and the pilot wounded. Right after, the plane caught fire and started to dive, the pilot pulled the plane out of the dive and held it steady until all five Sergeants had time to bail out. Just minutes after the plane exploded over Grosskayna, six miles northwest of Weissenfels, Germany, all four Lieutenants were killed and the Sergeants taken prisoner by the Germans.

Cecil participated in four unit campaigns; Air Offensive Europe, Normandy, Northern France and the Rhineland. He rests in the Lorraine American Cemetery; Plot A, Row 22, Grave 50 at St. Avold, France. He was 22 years old and the son of Hardin Dillard Dale and Ina A. Webb. He was married to Jeanette and they had no children.

With the exception of TSgt Stefanic, all the other sergeants were wounded or burned, but returned to duty and home after the war. Lt Alvestad rests with Cecil at Lorraine, Lt Torrance in Switzerland County, IN and Lt Veasey at Arlington National Cemetery, VA.
–Submitted by Allen D. Jackson, USAF (Ret) 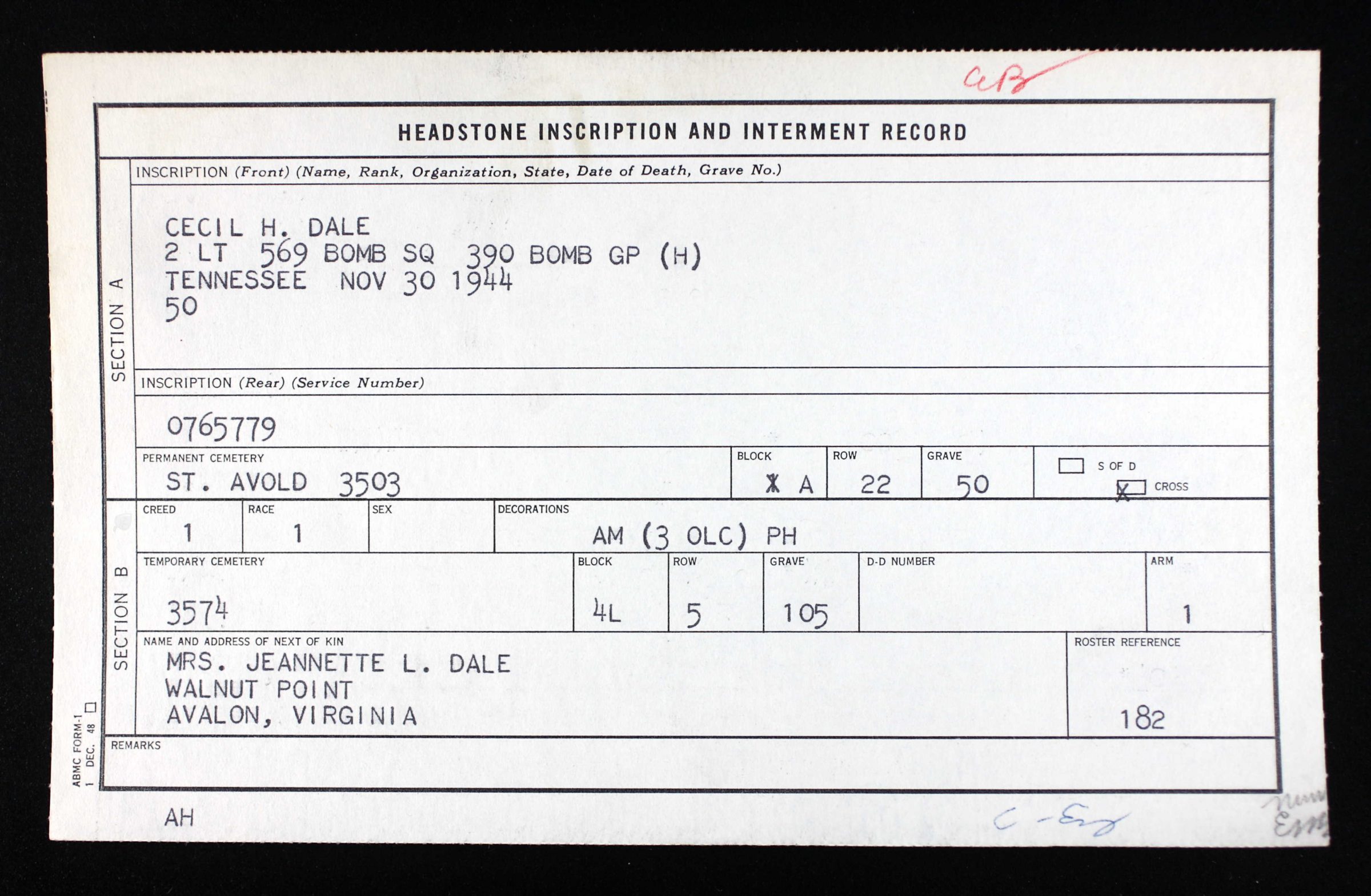 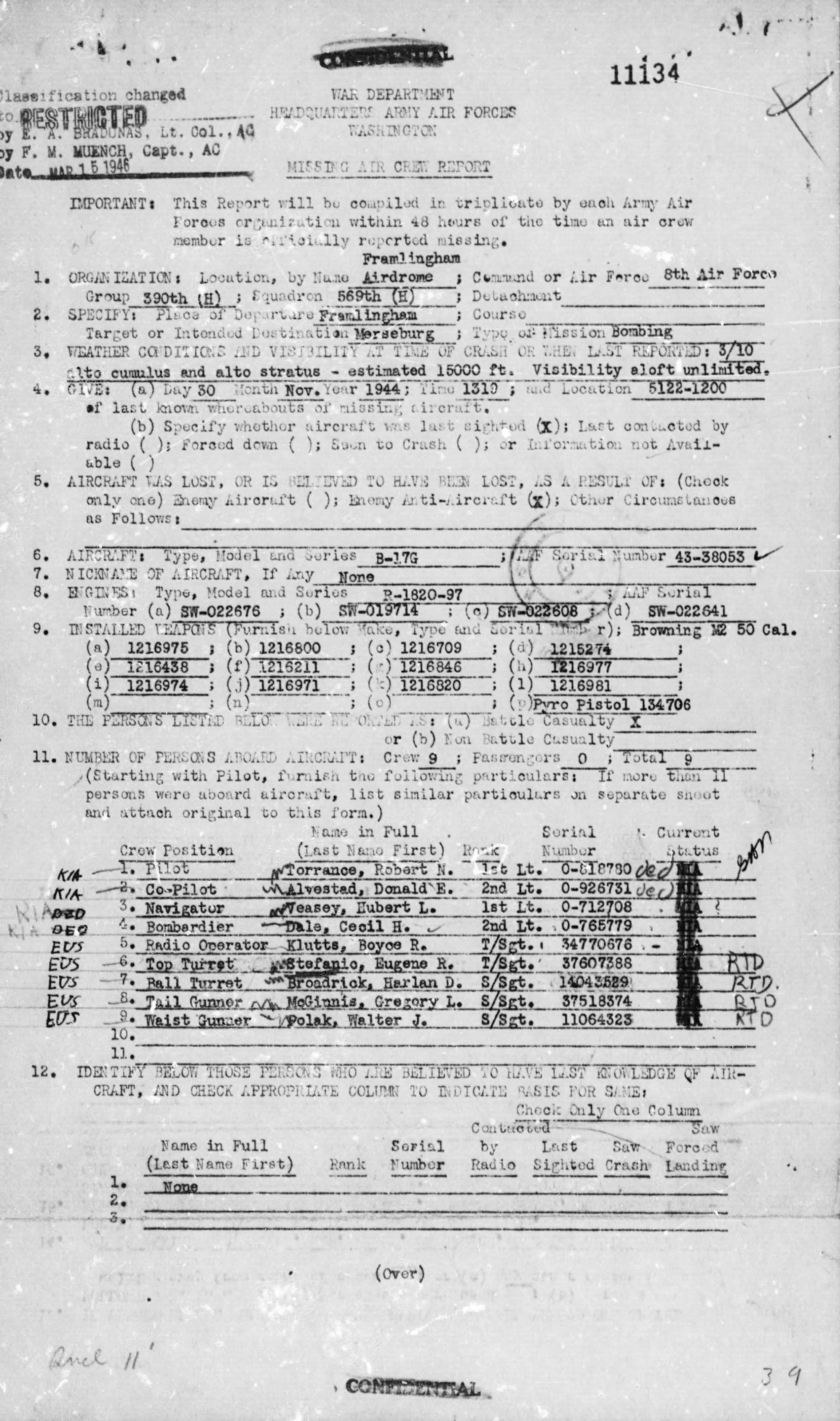