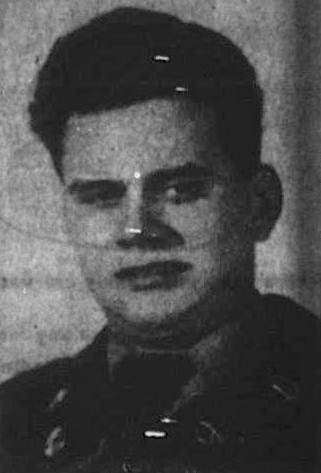 Sergeant First Class Parsons was a member of the 21st Infantry Regiment, 24th Infantry Division. He was Killed in Action while fighting the enemy in North Korea. He is buried at the Crossville, TN City Cemetery.

From The Crossville Chronicle, November 8, 1951:
Sgt. First Class Carson L. Parsons has been awarded the Bronze Star for “meritorious service in Korea.” He was reported “Missing in action’ as of January 3, 1951. He enlisted in April 1948, and had served more than two years in Japan and Korea. He is an only son, the other three children are daughters.
The letter from the Commanding General of the Third Army, to his father is as follows;
Headquarters Third Army Office of the Commanding Gen. Fort McPherson, Georgia.
Dear Mr. Parsons
This headquarters has been informed by the Secretary of the Army that, by direction of the President, the Bronze Star Medal has been awarded to your son, Sergeant First Class Carson L. Parsons, Infantry, for meritorious service in Korea from 2 July 1950 to 3 January 1951; Th award is a token recognition of the courageous action and devotion to duty performed by your son.
SergeantParsons, a fine soldier and a real American, is the type of person who makes this country of ours great. We in the Army share with you pride in your son’s achievements.
The Chief, Tennessee Military District, Nashville, Tennessee, has been selected to make the presentation of this award, and he will contact you to determine your wishes regarding the ceremony.
Sincerely,
John R. Hodge, Lieutenant General, USA Commanding

At this time his son was still listed as MIA.
-Submitted by Barbara Parsons, Historian, Cumberland County, TN

The Crossville Chronicle, March 1, 1951
Mr. and Mrs. Carson L. Parsons of South Webb Avenue have received no further word in regard to their son, Sgt. Carson L. Parsons Jr. who was reported missing in action as of January 3, in Korea.
Sgt. Parsons enlisted in April, 1948, and had served more than two years in Japan and Korea. Besides his parents, he has three sisters. 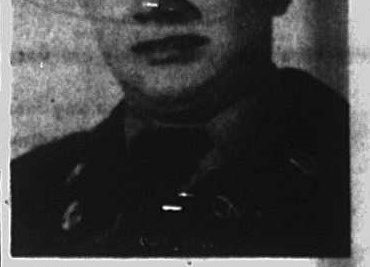 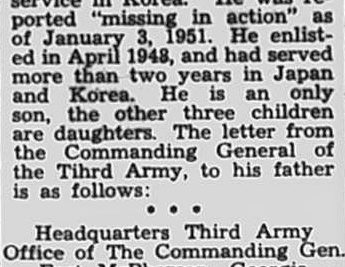 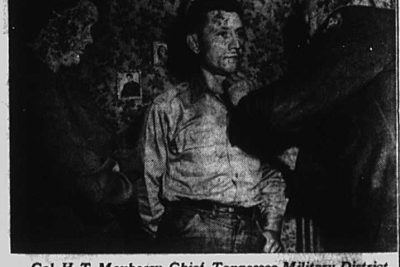