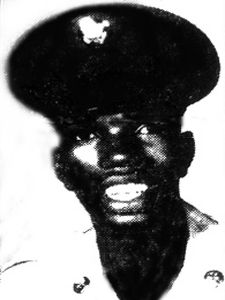 Corporal Carlton Ross was born on August 15, 1947, and was originally from Chattanooga, Tennessee. He served his country in the Vietnam War in the United States Army, as a vehicle mechanic in A Battery, 3rd Battalion, 34th Artillery, 9th Infantry Division. His tour began on April 5, 1968. On September 26, 1968, Cpl. Ross was killed by an explosive device under hostile conditions in Kien Hoa province, South Vietnam. He was 21 years old at the time of his death. Cpl. Ross is memorialized on the Vietnam Veterans Memorial on Panel 42W, Line 22.