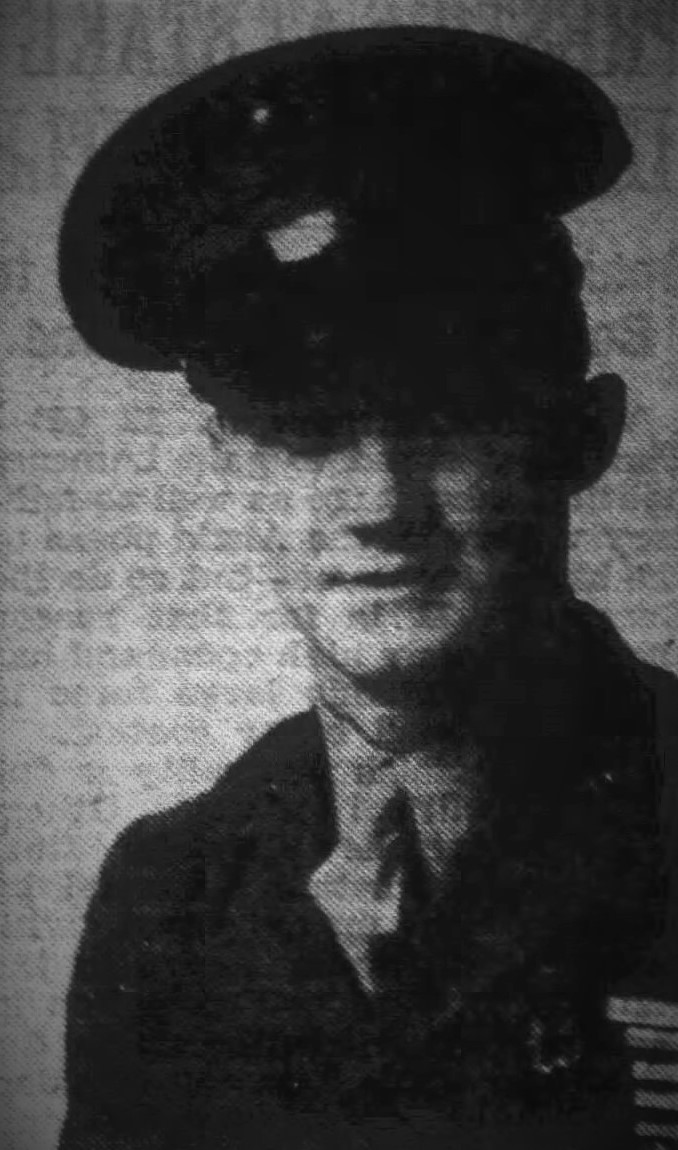 Carlton Lloyd Satterfield was born 8 July 1923 in Hamilton County, Tennessee. His parents were Carlton Juan Satterfield and Katie Virginia Quarrels.  He was the husband of Betty Colesanti.
He served as a Private with the U.S. Marine Corps. He died 1 Feb 1944. Interment 15 February 1949 in National Memorial Cemetery of the Pacific, 2177 Puowaina Drive, Honolulu, Hawaii. Plot N Row 0 Grave 470.

“He was my father. He was killed before I was before I was born. He never knew he had a child.” -Submitted by his daughter, Sharon Cristillo

The Chattanooga Daily Times, 13 February 1944
Mr. and Mrs. C.J. Satterfield, 912 Orchard Knob Avenue, received word Friday that their son, Pfc. Carlton Lloyd Satterfield, had been killed in action in the Pacific with the United States Marine Corps. The message came in a telegram from Maj.-Gen. Alexander W. Vandergrift, commanding officer of the marine corps.
No details were given as to where Satterfield met his death or what action he was engaged in at the time. It was stated that the body had been temporarily buried and that a letter followed, explaining more fully.
Satterfield, who was 20 years old, volunteered for the marine corps 15 months ago. He was in school at Central High at the time. He was well known in sport and took part in the Golden Gloves tournament two years ago. Satterfield was a former membere of the East Chattanooga Boys’ Band, playing the snare drum. He was the first of about 60 former members of the band who are in service to be reported killed in action, according to Carl Maples, city fireman and sponsor of the band. 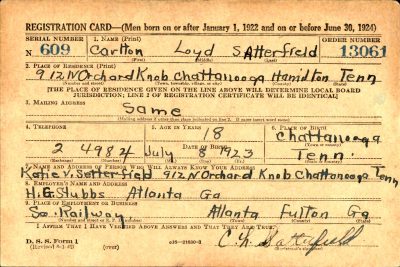 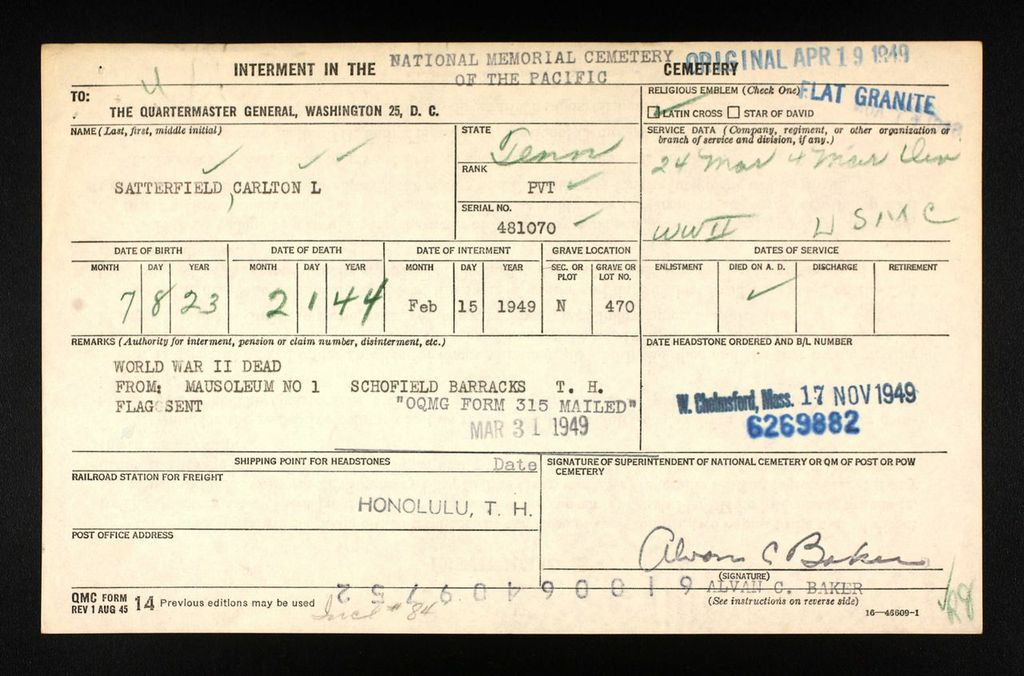 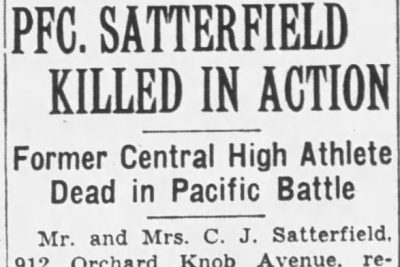 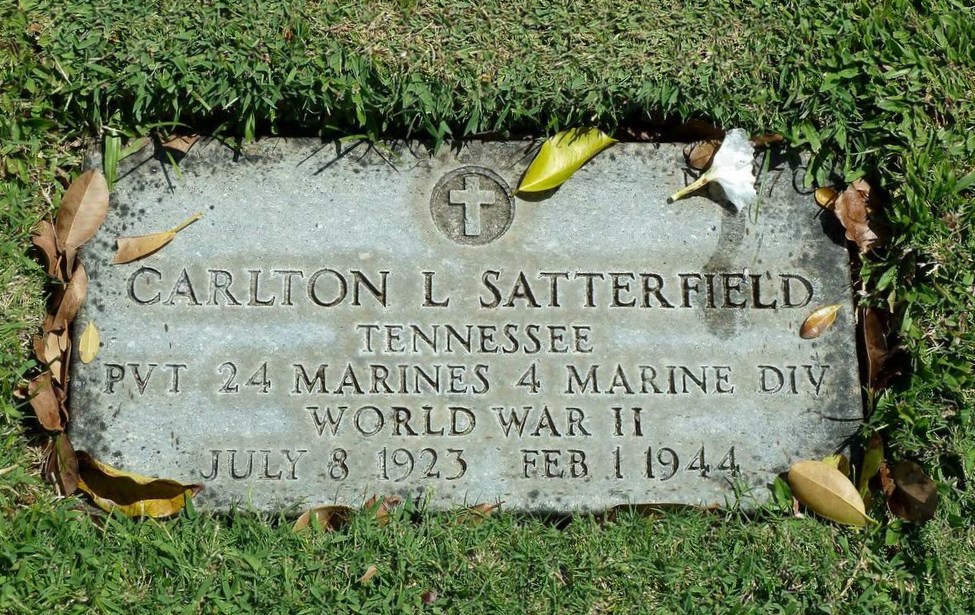