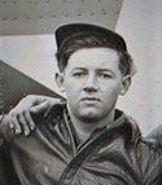 Aircraft B-17G with serial number 42-31343 was on a combat mission to Brux in Czechoslovakia. The aircraft was seen with a wing off and on fire. There were at least 5 chutes seen in the same general area. The aircraft crashed at Merzhausen in Germany. 6 of the crew members were killed.

He was the son of Mrs. Martha J. Duff of Highland Avenue, Cleveland, Tennessee.

The Cleveland Herald, June 2, 1944
Sgt. Carl T (Boy T.) Duff, 20-year-old son of Mrs. Roy Duff, Highland avenue, has been reported missing in action over Germany, according to a telegram received last Friday afternoon from the War Department. Sgt. Duff, a former employe of The Cleveland Herald, was a gunner’s engineer on a Liberator bomber, stationed somewhere in England. He entered the service about a year ago when he became 19 years old, being stationed at Dyersburg last before going overseas less than six weeks ago. The telegram from the Adjutant General’s office in Washington gave no information except that the young flier was reported missing in action over Germany on May 12.
Sgt. Roy Duff, stationed at Fort Meade, Md.; Clifton Duff, of this city and Horace of Charleston, S.C., are his brothers. He has three sisters. Sgt. Duff, who graduated from Bladley High School, was employed for some time at the shipyards at Charleston, S.C. Recent letters to member of his family told that he had been over Berlin and other enemy targets. While it is not known here just where he was stationed in England, it is believed he was not far from London, because a letter told of gling there on a two-day pass. 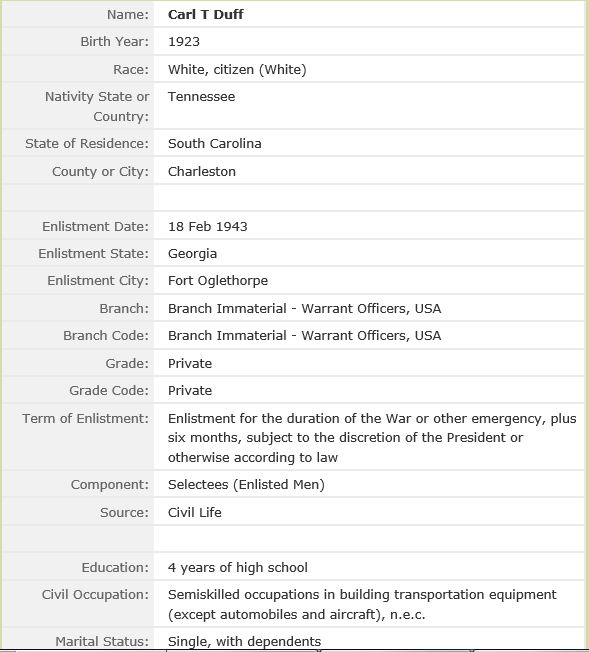 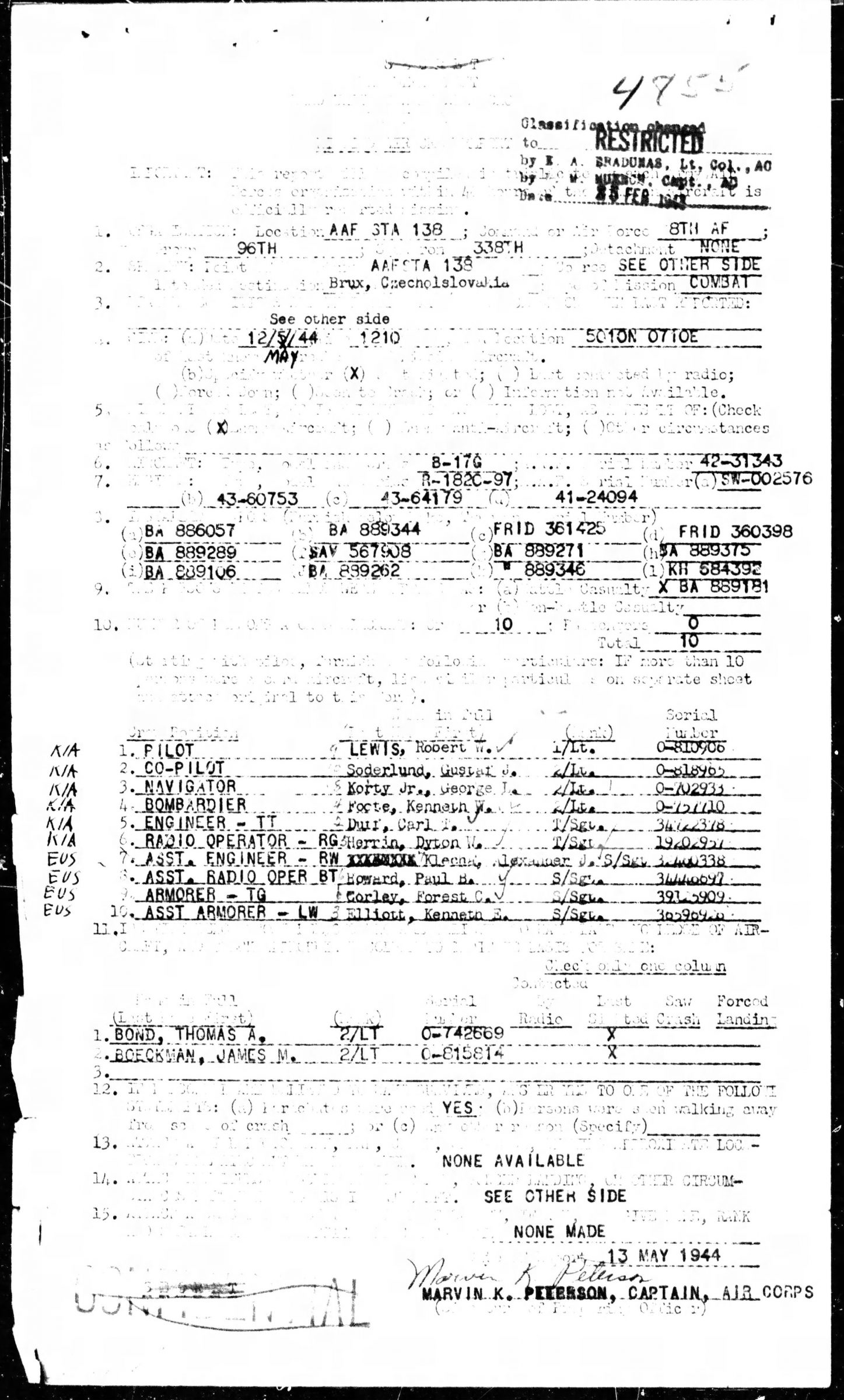 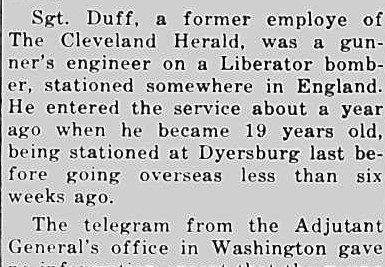 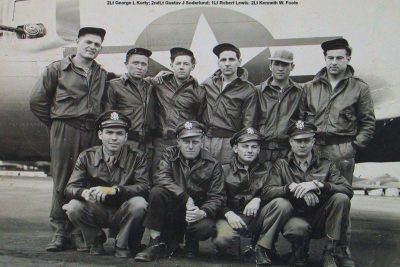