The Indianapolis on 30 July 1945 was en route from Guam to Leyte Gulf. At 0005, 30 July 1945 a violent underwater explosion occurred in the vicinity of frame 7 starboard side followed immediately by a second similiar explosion in the vicinity of frame 50 starboard side. These explosions were believed to have been caused by two torpedoes fired from an enemy submarine. A terrific blaze shot through the entire forward half of the ship immediately following the explosion, and the ship commenced flooding rapidly forward and to list to starboard. Because the second torpedo hit was in the vicinity of the I.C. Room, all ship’s service telephones, M-C circuits, and all sound pwered circuits with the exception of a few AA battery circuits and part of the 2JV circuit were put out of commission. Due to the lack of communications and the fact that the explosion caused the engine order telegraph to go out of commission, the OOD was unable to stop the engines. At 0008 the Commanding Officer instructed the Navigator to deliver the following message to Radio I: “We have been hit by two torpedoes, we are sinking rapidly and need immediate assistance.”
At approximately 0015 the Executive Officer reported to the Commanding Officer that the damage was extremely serious, the ship was going down rapidly by the head, and recommended that the ship be abandoned. The Commanding Officer immediately gave the order to abandon ship, this order was passed orally.  The ship took a decided starboard list to about 30 degree about a minute later another decided list to about 65 degree continuing to 90 degree where she remained about two minutes then plunged down by the head rolling completely over as she sank out of sight.

The Knoxville Journal, September 30, 1945
Alcoa, Sept. 29 – Carl Snyder McFee, ship’s cook, first class has been reported missing as a result of the sinking of the Cruiser Indianapolis, July 30. The sailor was the son of Mr. and Mrs. F.B. McFee Sr., of Wright’s Ferry Road and the husband of Mrs. Jean Giles McFee, Alcoa. Seaman McFee entered service in December of 1942. He had been in nine maor battles. His last trip home was last May while the cruiser was being repaired.
The widow has returned from San Francisco where she was with her husband until the Indianapolis sailed on teh ill-fated trip in which it carried Atomic Bomb material. 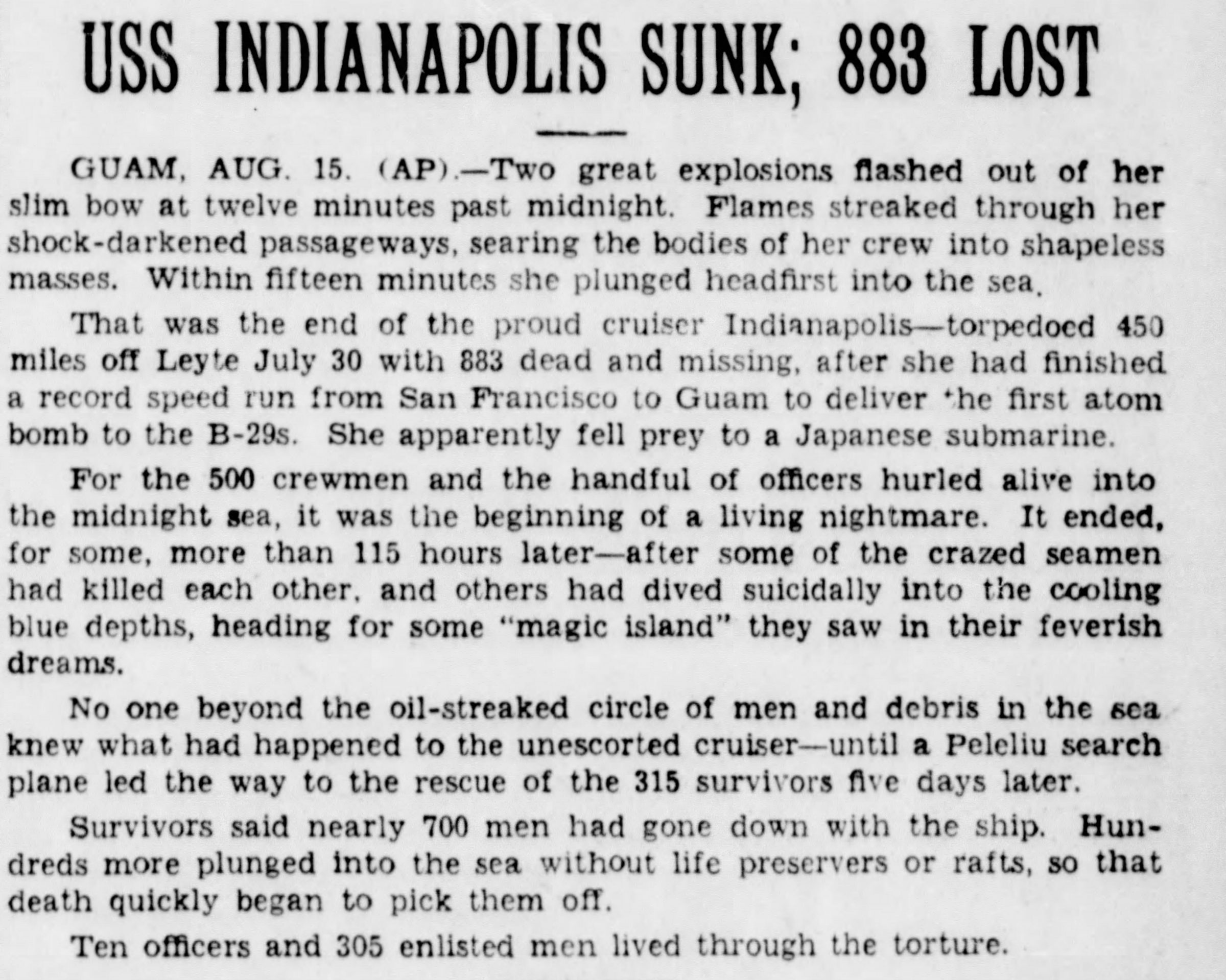 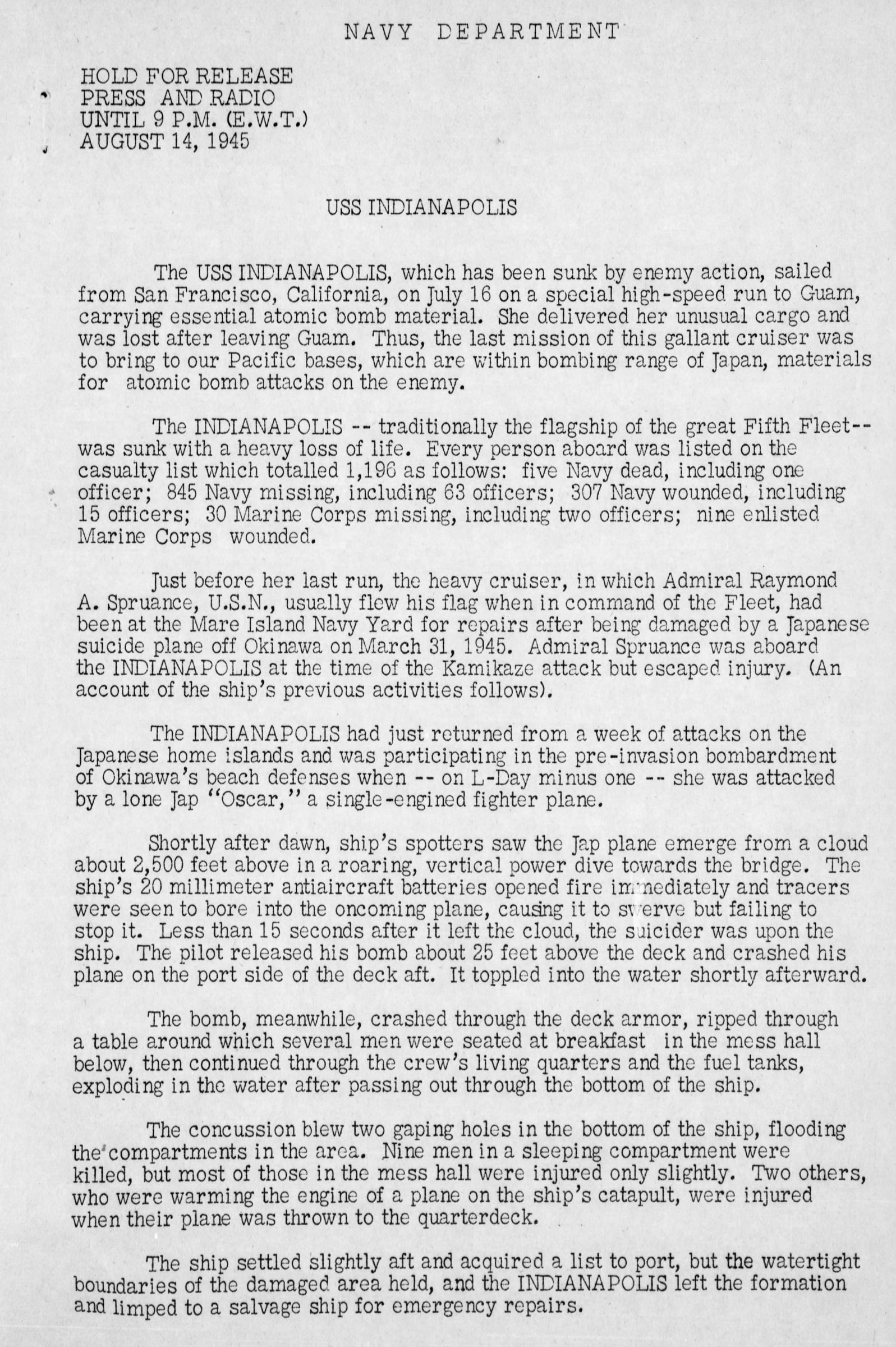 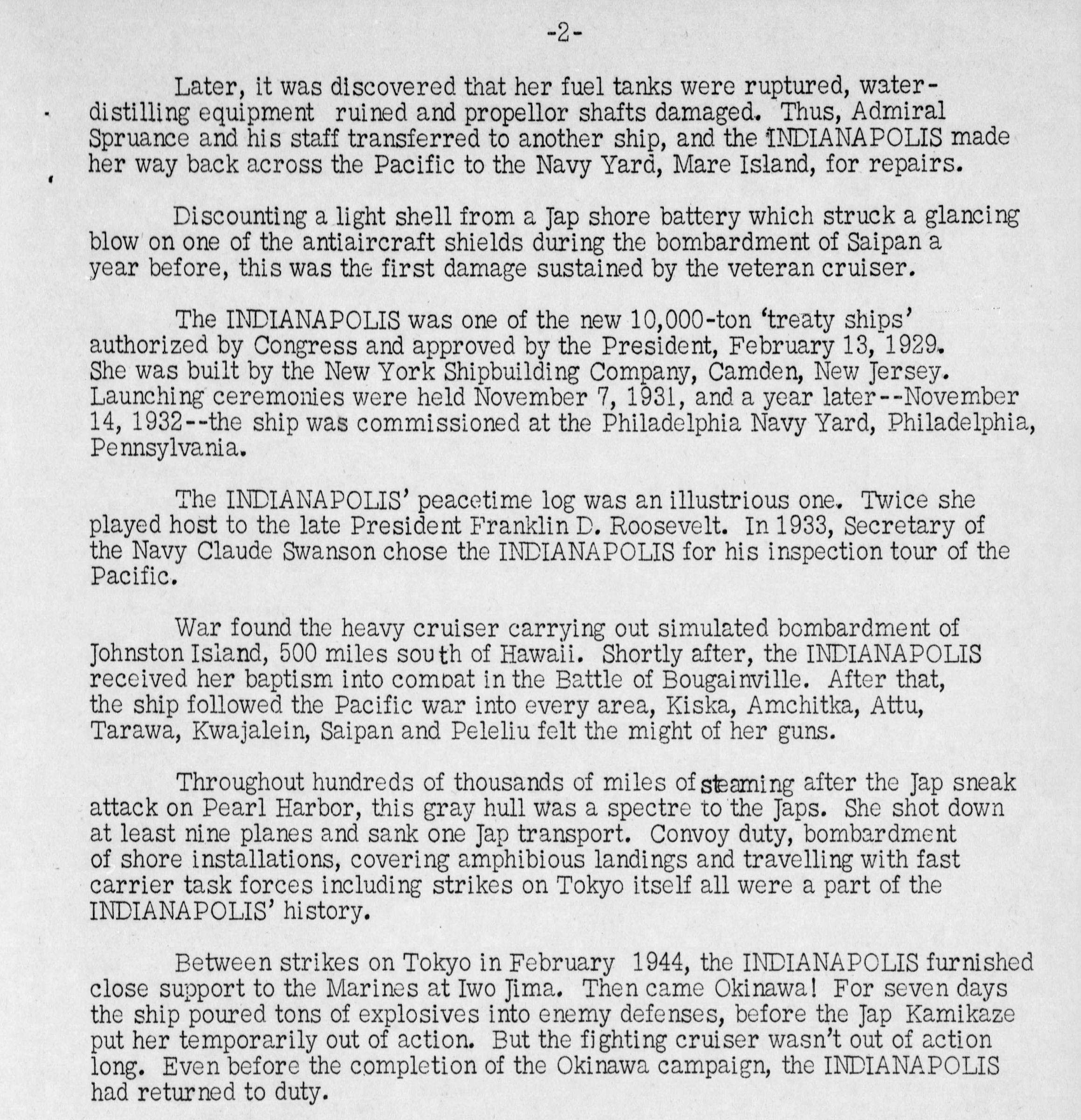