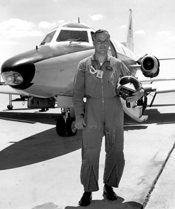 Air Force Major Carl S. Cross, Viet Nam veteran and test pilot. At age 40 Major Cross was killed when the experimental bomber aircraft he was the copilot of, the XB-70 Valkyrie, was struck by an F-104 plane during a photo op for General Electric and both aircraft crashed. The pilot of the XB-70, Al White, managed to get out in his ejection pod however Cross, incapacitated by the G-forces on him, was unable to start the ejection sequence of this new complex pod ejection system.

The pilot, Joseph Walker, of the F-104 was also lost in the crash. Unfortunately the name of Major Cross has been all but overshadowed by the names of his fellow test pilots. Both test pilots Alvin “Al” White and Joseph Walker had come from the X-15 test program. Walker was a veteran of 25 flights in the X-15 and holder of the world’s speed and altitude records.

Major Carl Cross made the ultimate sacrifice in the pursuit of aviation conquests. Not only did this tragedy cost the country two fine test pilots but it doomed the XB-70 test program and any further unimaginable progress that it might have made in aviation. All this tragedy was for some photos to be taken and used in an advertisement. 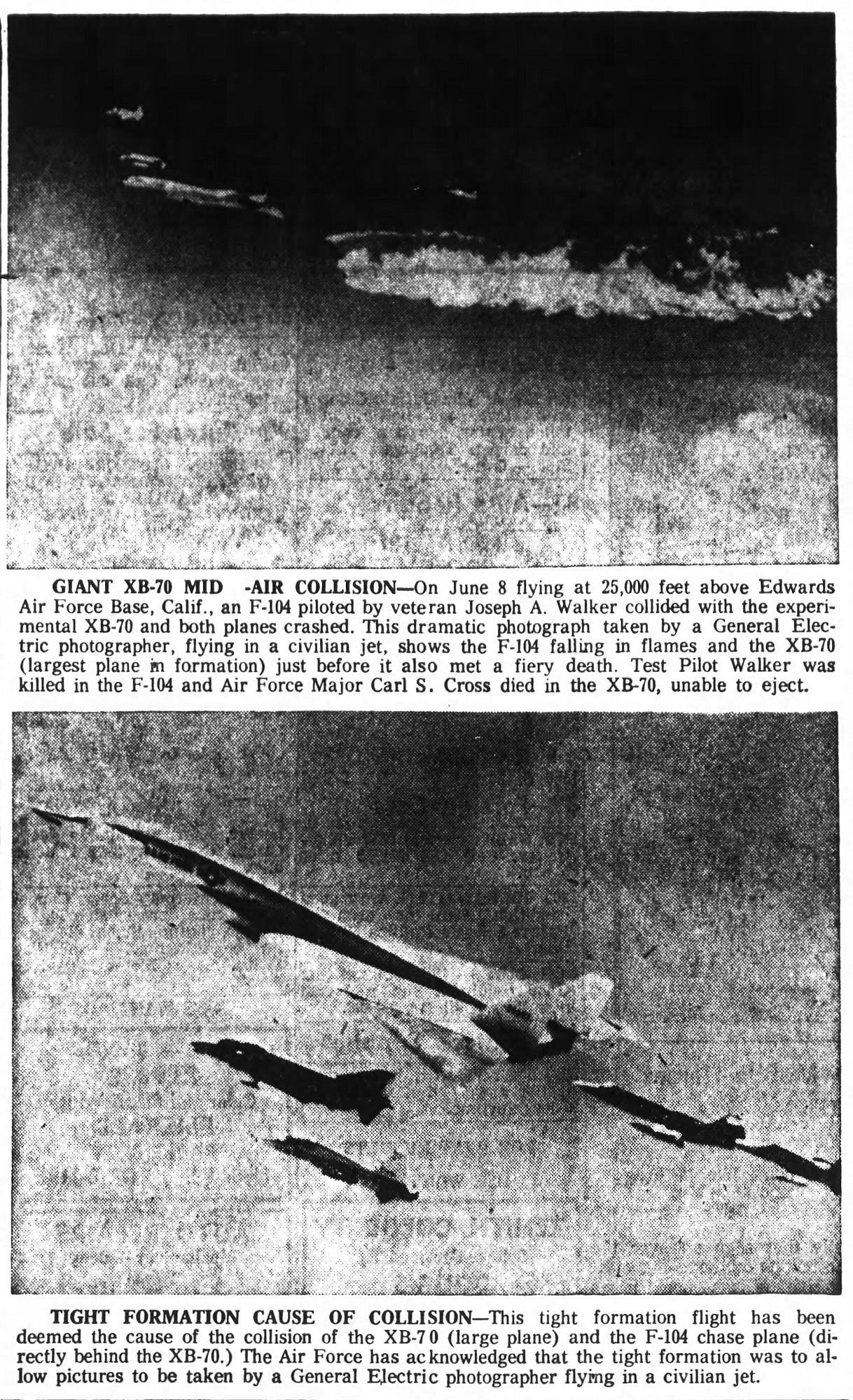