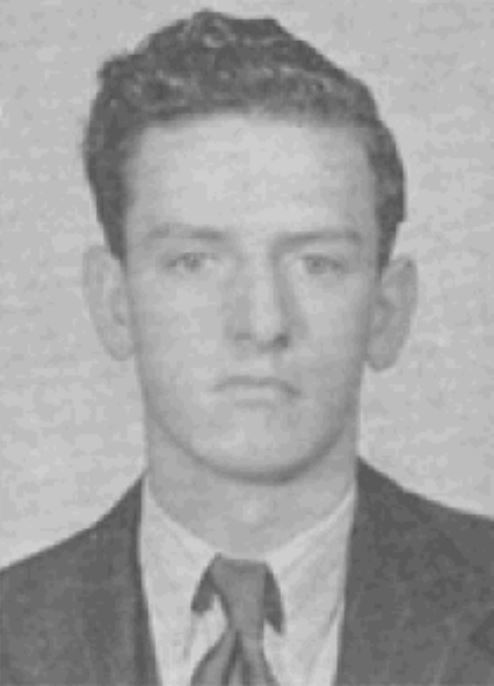 Carl Kenneth Hicks was the son of Edward C. Hicks and Della Steadman.

Posthumously awarded the Air Medal and two Oak Leaf Clusters. The citation accompanying the award set forth the medal and cluster, equivalent to three awards, were for ‘meritorious achievement for participating in heavy bombardment missions over enemy-occupied continental Europe and commended the young soldier´s courage, coolness and skill.’ He entered the service in February, 1943 and went overseas in April, 1944, after training at Scott Field, Illinois and Salt Lake City, Utah. He died July 9, 1944 of wounds received while on duty, and was initially buried in England.

Mother receives awards won by T-Sgt Carl Hicks Mrs. E.C. Hicks, Route 6, has received the Purple Heart, which was awarded posthumously to her son, T/Sgt Carl K. Hicks, give for military merit and for wounds received in action resulting in his death July 9. Mrs. Hicks has also received the Citation of Honor and a Memorial Certificate. Sergeant Hicks was buried in the United State Cemetery in Cambridge, England. He was a radio operator-gunner on a B-24, Liberator bomber. Graduating from the Sullivan High School in 1942, he was employed by the Fraser-Brace Engineering Company prior to entering the service. He had been in the Army since February, 1943, and had been overseas since April, 1944. Before going overseas Private Hicks trained at Scott Field, Ill., and at Salt Lake City, Utah. 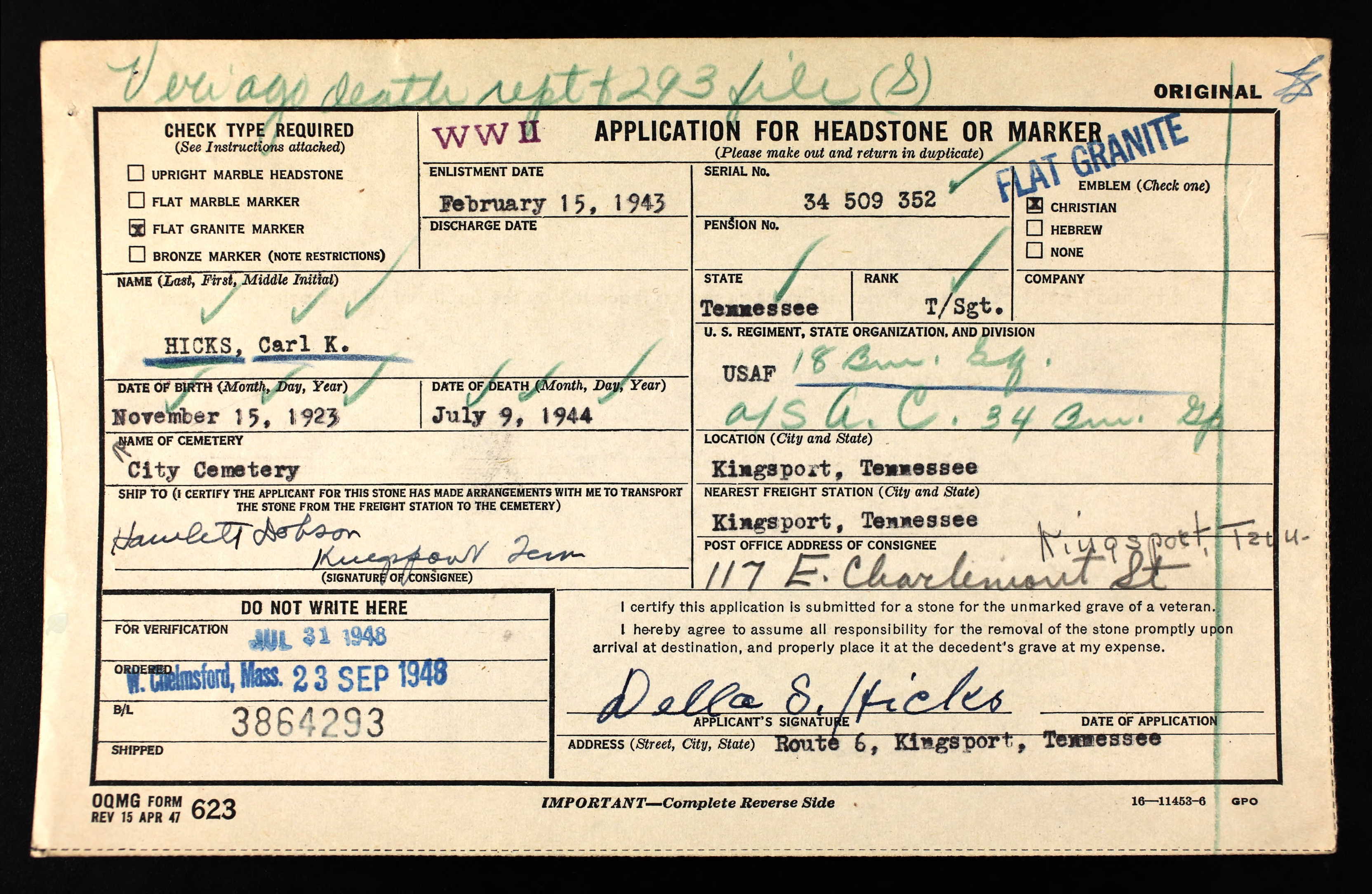