Aircraft B-24D with serial number 42-72963 departed from APO #420 on a combat mission to the Marshall Islands.

Statement from Captain Jesse E. Stay:
The last time I saw Lt. Bechert’s airplane, #42-72963, he followed me directly over the target in formation. We peeled off to make individual runs and to get a better view of the target. The conditions were semi-instrument so lost track of him. As we came back towards the target we saw Lt. Dechert on his bombing run. That was the last time I saw him. We circled the target, made our run and peeled down into the clouds. We had seen no Zeros in the air until we were on our last run. As we cleared the target we were attacked by five Zeros. We saw no Zeros attacking Lt Dechert as he made his run. Static interference on the Command Frequency was strong enough to make reception practically impossible.

The Knoxville Journal, December 15, 1943
Staff Sgt. Carl J. Anderson, 19, son of Mr. and Mrs. Samuel T. Anderson of 414 East Magnolia Avenue, was yesterday reported by the War Department missing in action since Dec. 1.
Sergeant Anderson had been serving as Air Corps gunner in the Central Pacific area since an October furlough to Knoxville, and his parents were not aware he had seen action. Before entering the Army a year ago, Sergeant Anderson was employed by a department store. He is a graduate of Knoxville High School.

The Knoxville Journal, January 29, 1946
Missing in action since Dec. 1, 1943, Sgt. Carl J. Anderson is listed now officially among the dead, according to a letter from the War Department received yesterday by his parents. Sergeant Anderson entered the service in 1941, and was a tail gunner on a B-24 Liberator bomber when the plane disappeared on a mission over Mili Islands in the Marshall group. He was 19 years old. 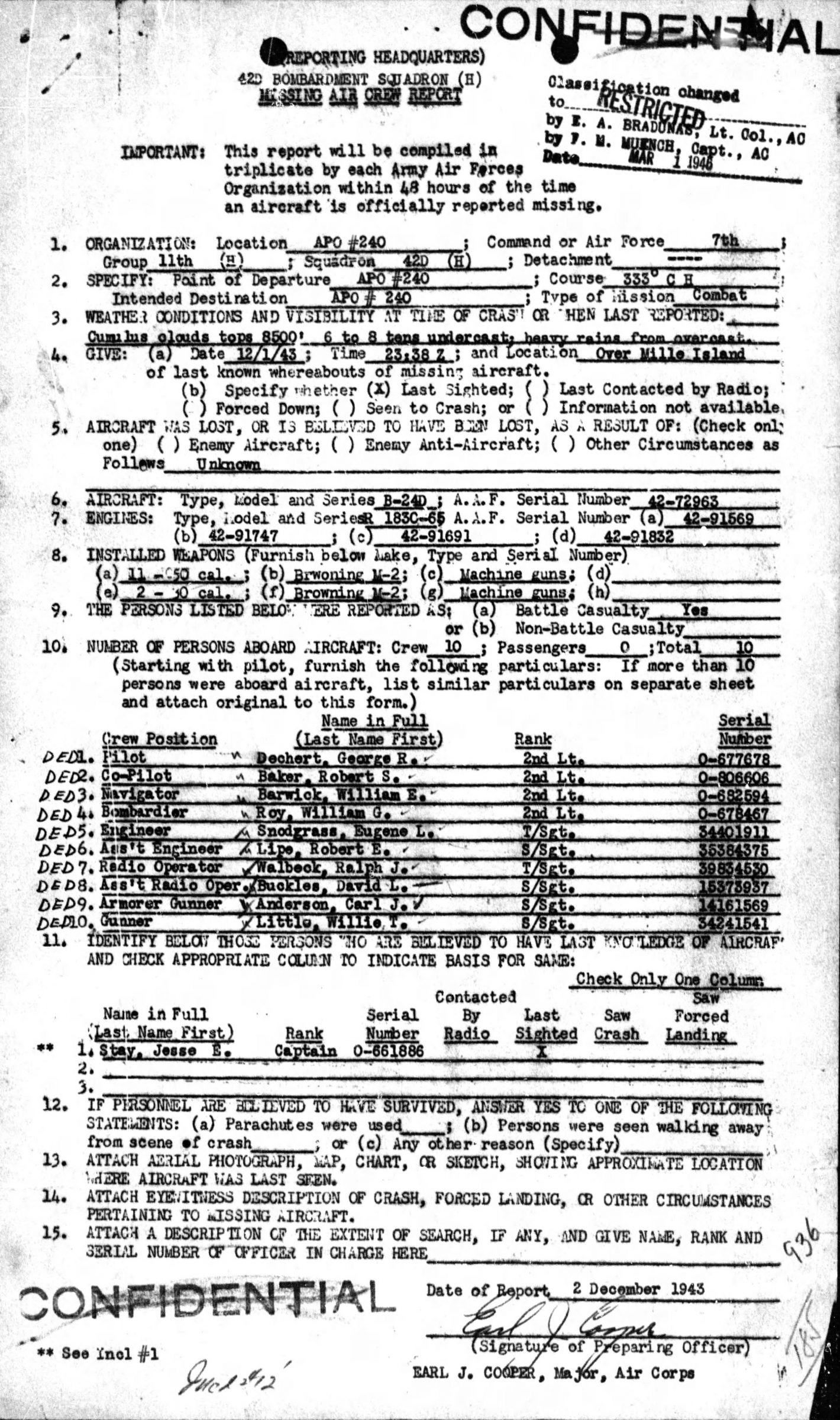 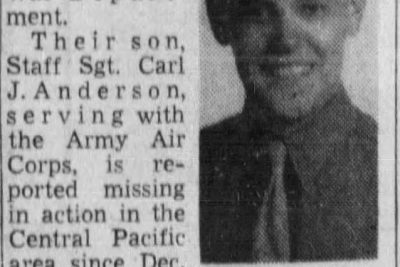 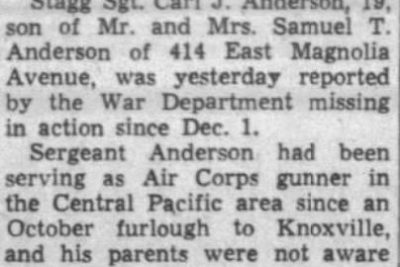 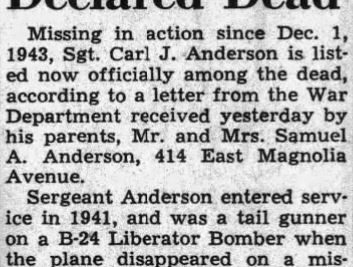