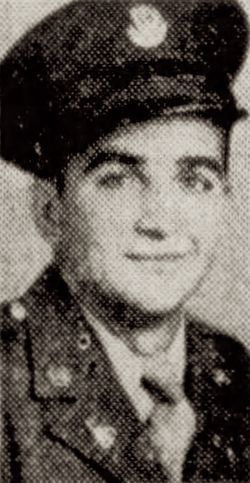 Pfc Weaver was posthumously awarded the Silver Star. The citation of his Silver Star stated: ‘For gallantry in action against the enemy on 6 May 1945, in the vicinity of Ernsthofen, Australia, Pfc Weaver, acting as first scout, advanced aggressively under intense and continuous fire in open terrain to an enemy forward artillery observation post consisting of two small buildings and still under fire, Pfc Weaver, with the assistance of a second scout, cleared the buildings and dugouts capturing a total of twelve enemy soldiers. Pfc Weaver continued his brave and aggressive advance alone through heavy brush and under intense enemy machine gun fire to attempt to silence an enemy machine gun position. As he was approaching the enemy position, he was fatally wounded by enemy fire. His gallant courage and intrepidity in the face of enemy fire is an inspiration to all.’ 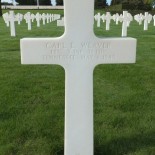 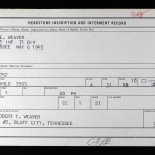