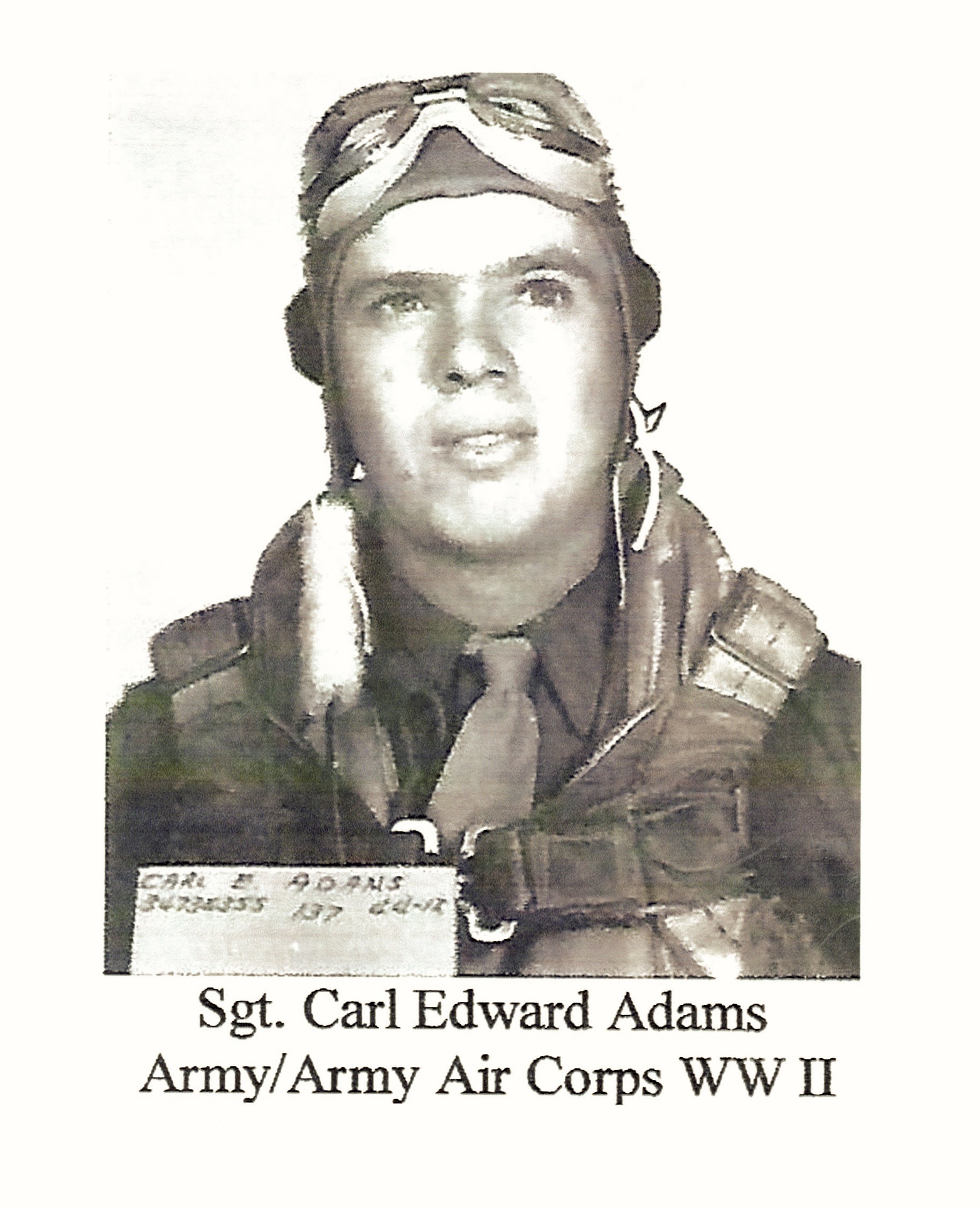 Aircraft B-24J with serial number 42-50596 departed from Shipham on a bombing mission to Leverkusen, Germany. There are no eyewitnesses who saw this aircraft in difficulty or saw it go down. Time, location, or altitude of where this aircraft left the formation is not known. However, on the route out of the Continent, in the vicinity of Brussels, Belgium, a cloud layer building up to 28000 feet caused the Group to break the integrity of the formation, and it was in this area that six aircraft, left the formation. 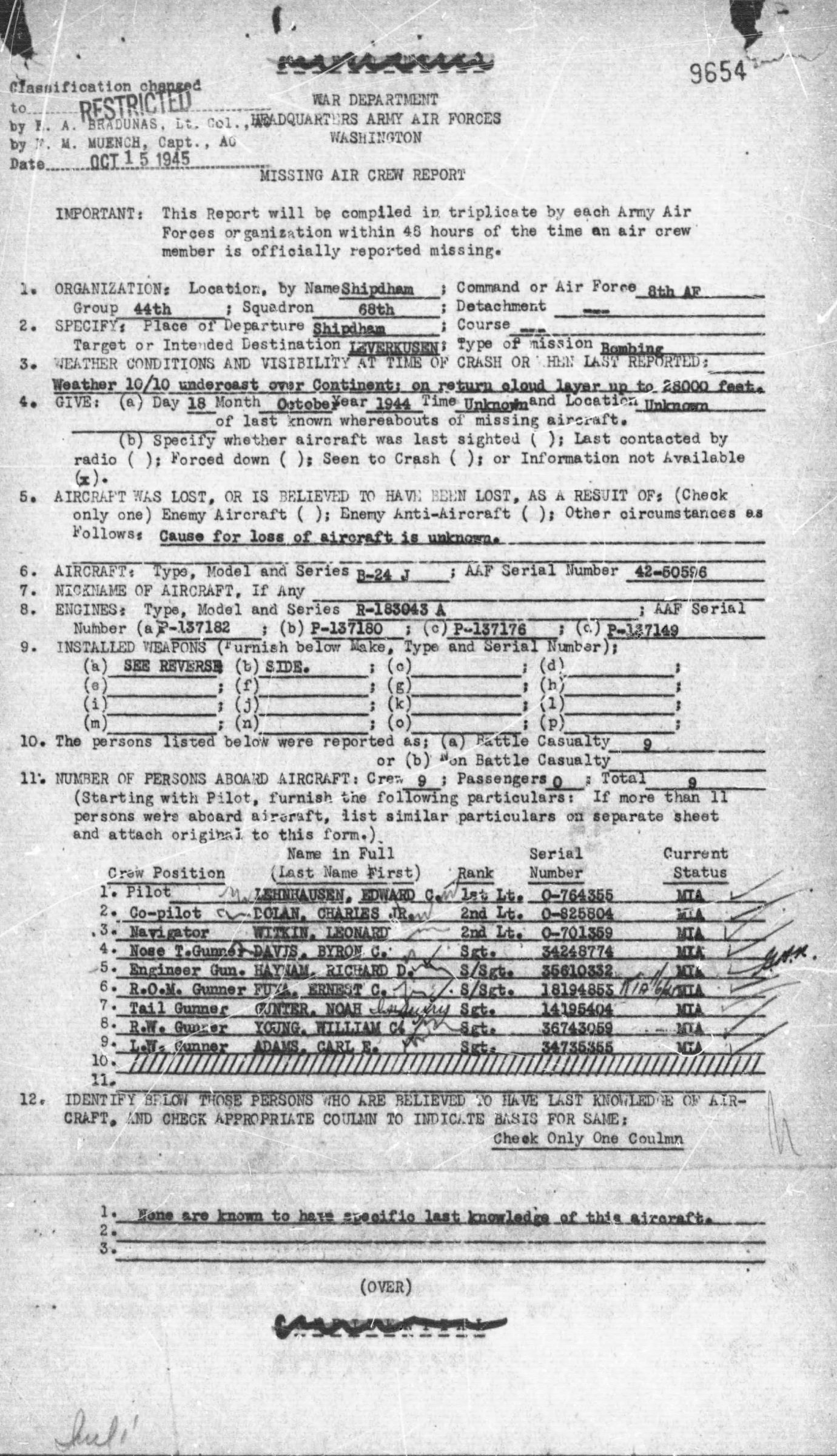 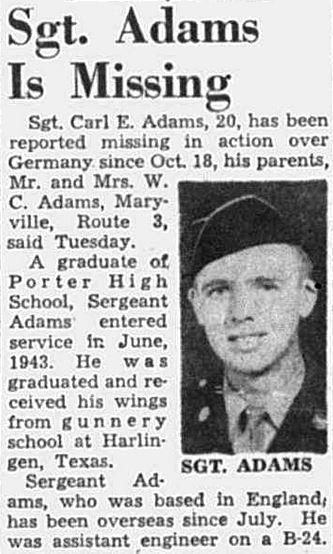