Pvt. Carl Bernard Freeman was killed in action in France on July 28, the War Department has notified his mother, Mrs. Letha Freeman, Englewood Route 1. Carl was 21 years of age. He entered the service on Jan. 18, 1943, and had been overseas since April, 1944. Besides his mother, he is survived by three sisters, Nelda Mae, Geraldine and Evelyn, at home and three brothers, Cpl. Ray Freeman, in France, Boyce K., Freeman second class, in the Navy, and Herman Freeman

Pvt Freeman was initially Buried at La-Cambe-Isigny, France. He is now buried at the Chattanooga National Cemetery, Y, 319. 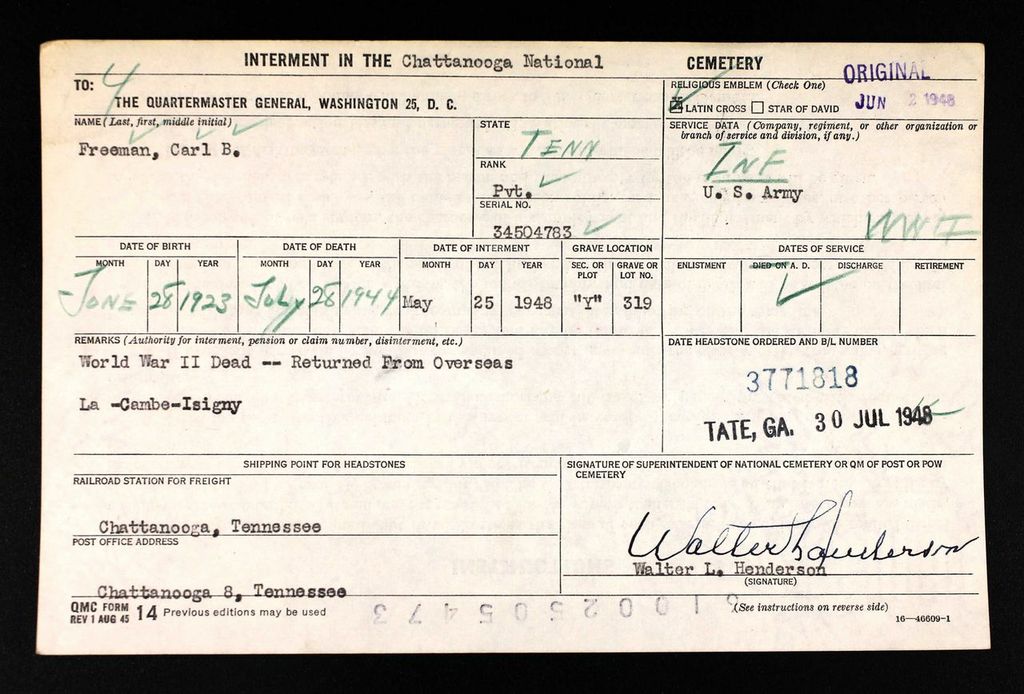 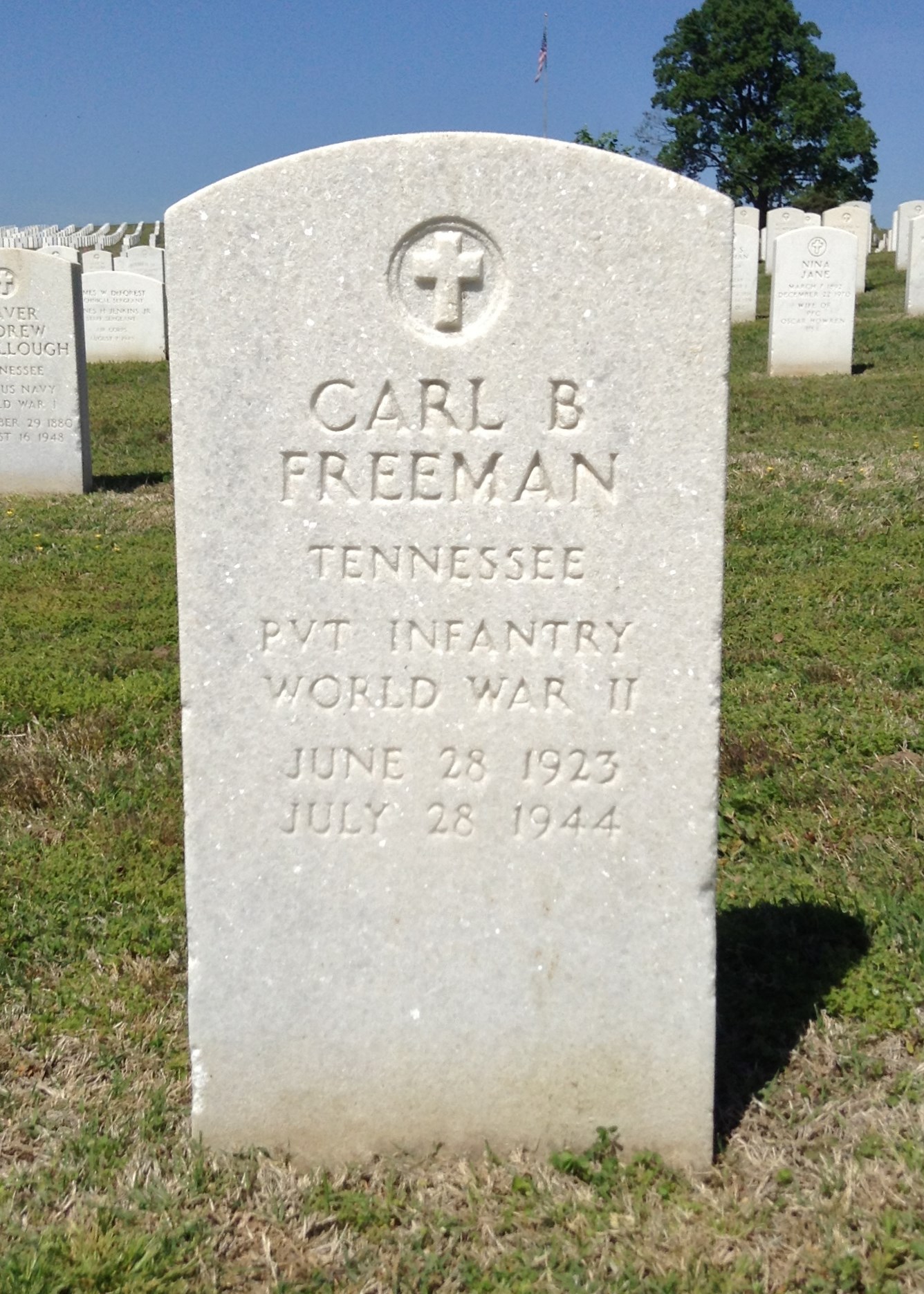