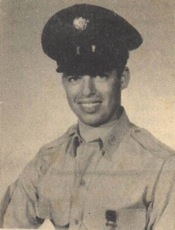 Sgt. Eddy Best, son of Mr & Mrs. Douglas Best, now of Carelton, Mich and formerly of Madisonville, has been killed in action in Vietnam. The family moved from Monroe County several years ago and the young war victim has been in Vietnam since August or September. He enlisted March of 1962.
He was a bachelor and the only child. His grandparents Mr. & Mrs. Fred Best of Sweetwater and Mrs. Mae Self widow of Will Self near Madisonville. His remains were brought back to Monroe Co. to be buried in Toqua Cem. 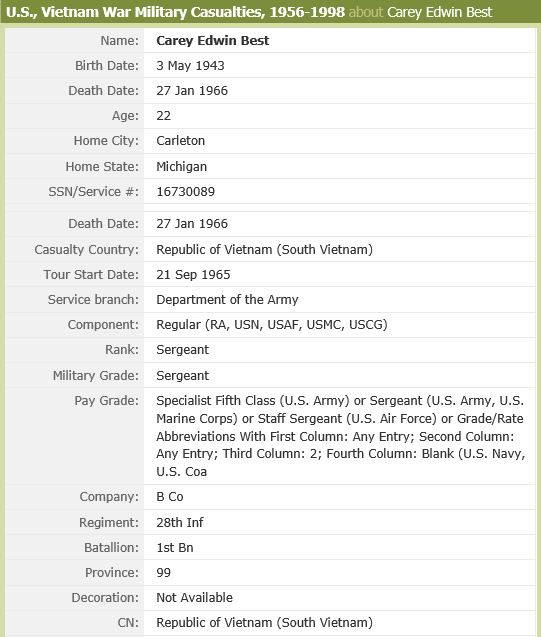