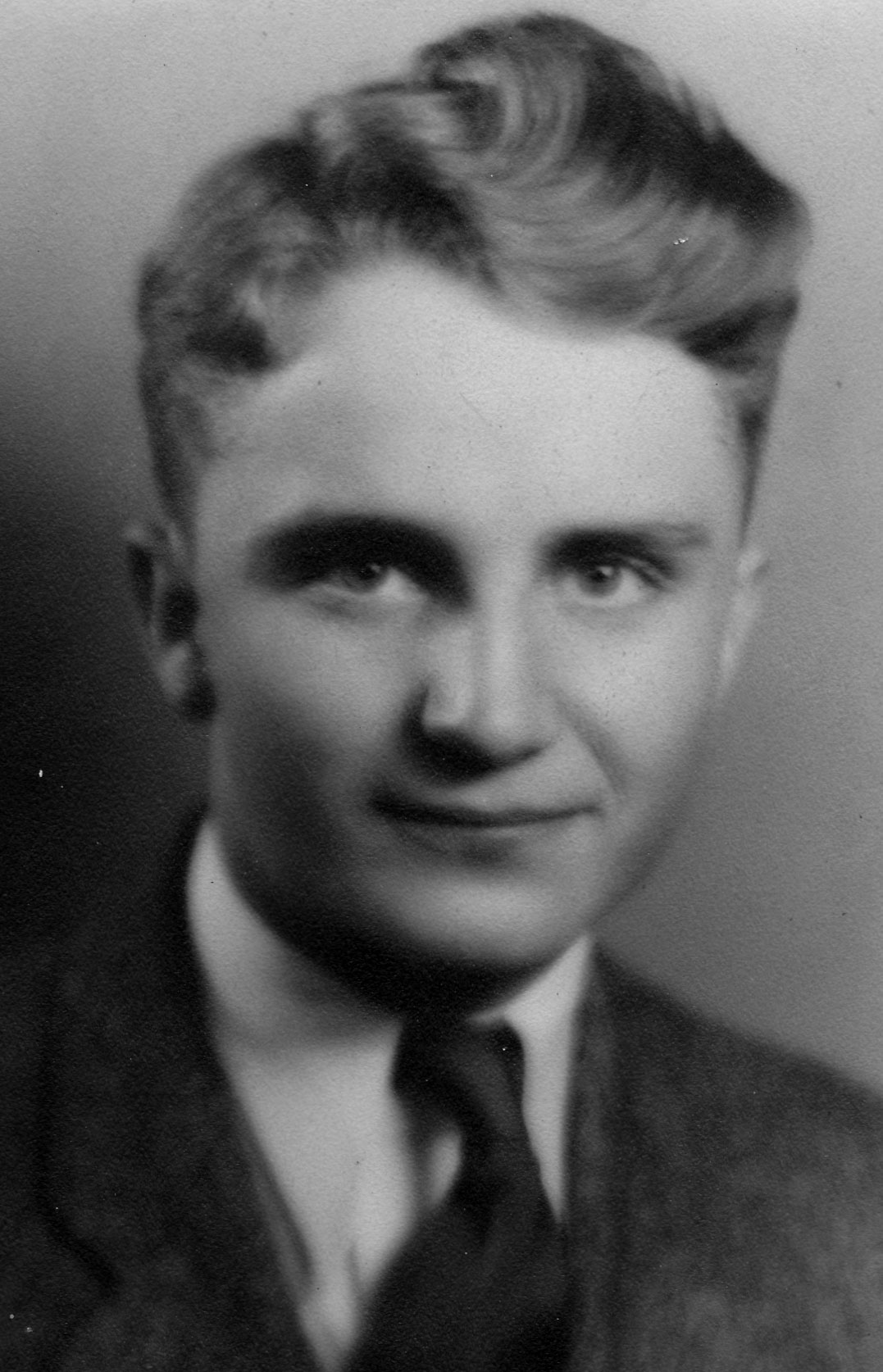 Carey Arnett Evans, Carey to his family and friends, was born in Halcyondale to Alice Gertrude Burch and Dr. William Walker Evans.  He entered the Marine Corps Reserve as a private 19 December 1941 at Nashville, TN, service number 414-72-83.  He then spent time training on Parris Island, SC.  He served in the Asiatic-Pacific Area June 22, 1942 to October 14, 1942.  Carey participated in action against the enemy in the Guadalcanal – Tulagi Landings August 7, 1942 to August 9, 1942; Capture and Defense of Guadalcanal, Solomon Islands August 10, 1942 to October 14, 1942, the day he died.  He was killed in action against the enemy in the service of his country at Guadalcanal, Solomon Islands.  His death was due to “naval gun fire.”  The dugout in which he and his companions were staying received a direct hit by a naval shell.  He was killed instantly and was buried with appropriate military honors in Lot 1, Row 31 in the cemetery on Guadalcanal.  Awards he received were: Purple Heart; Presidential Unit Citation ribbon bar with star; Asiatic-Pacific Campaign Medal; World War II Victory Medal.  He died as a Private 1st class.  He is mourned to this day.

Carey was on active duty throughout his enlistment.  Had his enlistment been terminated by discharge his service would have entitled him to an honorable discharge.  After the war his remains were returned to his family and he was buried at his home church, Union Baptist in Screven County.

His commanding officer wrote this to his mother, “In his performance of duty, in his example of courage to those around him, Private First Class Evans lived up to the finest military traditions of the United States Marine Corps.  There is nothing now that can be done or said to compensate for the sacrifice you have been called upon to make, but you can take pride in knowing that ALL Americans, indeed, all human beings, some day will be able to live happier because men like Carey A. Evans gave up their chance to live.” 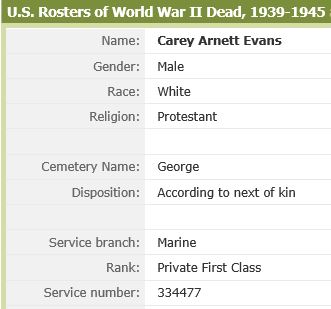 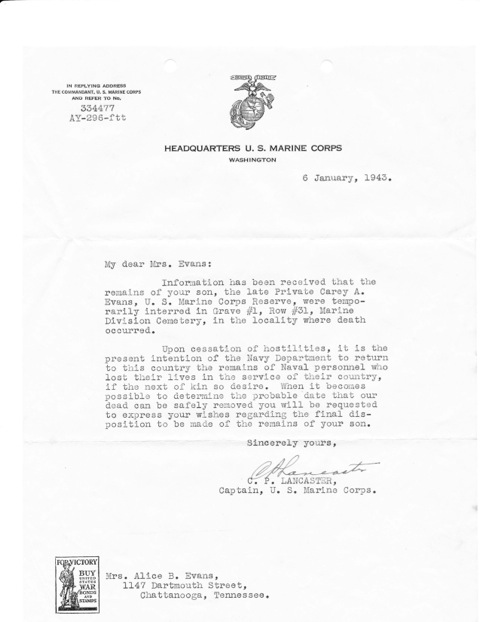