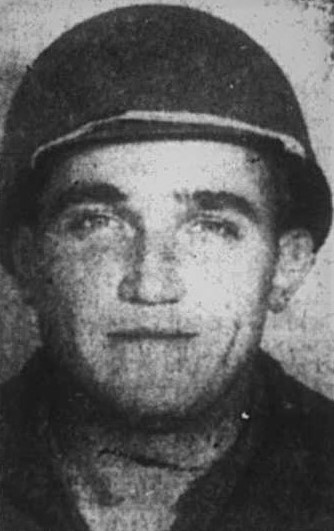 Calvin Coolidge Rowland died non battle in Georgia. He entered the Army in May, 1943 and has since served five months overseas with the 94th Infantry Division, where he was awarded the Purple Heart for wounds received in action. He also wears an Oak Leaf Cluster, One Battle Star and the ETO Ribbon. He was the son of John Robert Rowland and Clarabelle Fleenor. Husband of Nell M. Poe.

Rogersville Review, March 22, 1945
Mrs. Calvin C. Rowland has received the Purple Heart awarded her husband, Pvt. Calvin C. Rowland of Surgoinsville, Tenn., who was slightly wounded February 2, 1945, somewhere in Germany. He has been serving with the 302 Infantry division since June, 1944.

The Knoxville Journal, August 21, 1945
Camp Gordon, Ga., August 20 – An Army private, returning to Welch Convalescent Hospital at Datona Beach, Fla., from a furlough, was shot to death today near Louisville, Ga., the public relations office at Camp Gordon reported. The Army PRO gave this version of the crime as reported by a companion of the slain man:
Pvt. Calvin C. Roland of Surgoinsville, Tenn., and Private Wyrle Humphries were driving back to Welch Hospital early this morning when they became tired. They pulled off the road about five miles south of Louisville to sleep. Humphris woke up and saw two men beside the car, apparently trying to break in. The soldiers attempted to drive away but one of the assailants fire through the car window and hit Roland in the head. He die dalmost instantly. They then forced Humphries into the back seat and drove to the edge of Louisville, which is about 45 miles southwest of Augusta, where Humphries was forced to take his companion’s body out of the car. The slayers then drove away and abandoned the car a few miles north of Louisville. No arrests had been made but Humphries has made almost positive identification of one of the men. He picked one of the assailants from pictures of 12 convicts who escaped in this area last week. 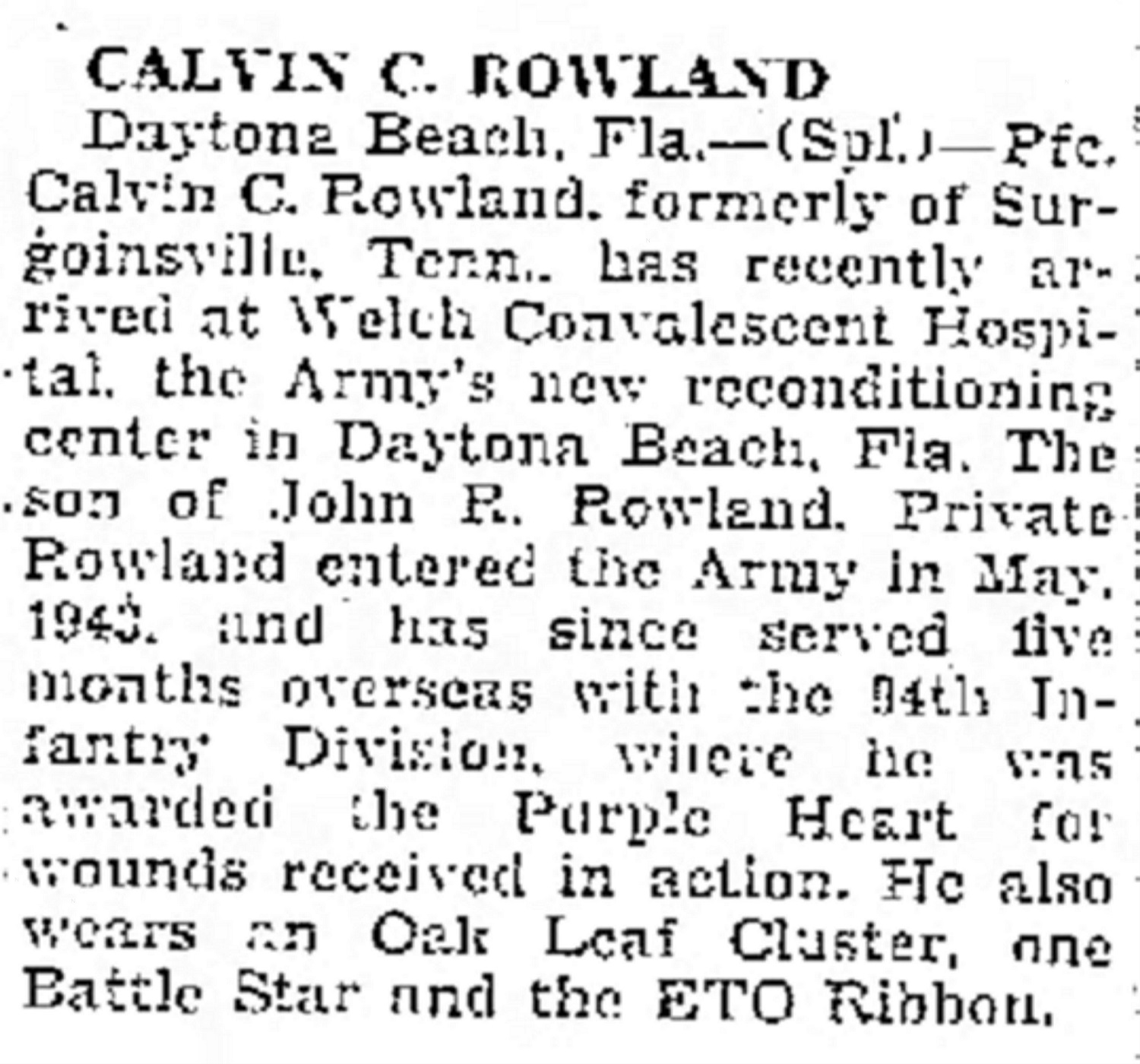 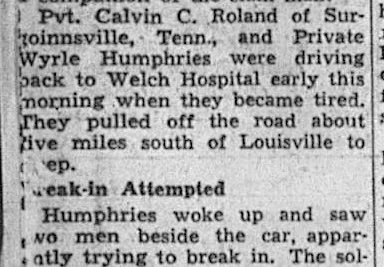