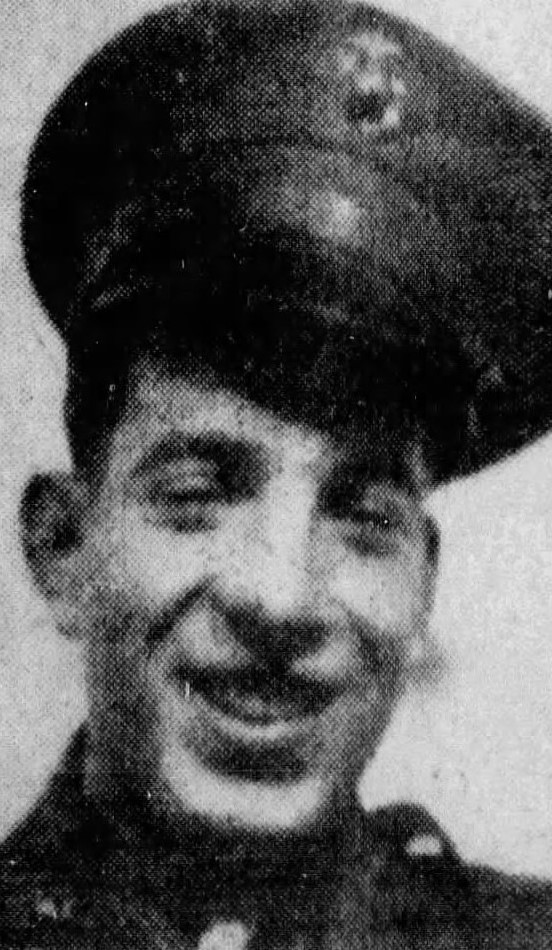 Calvin Coolidge Day
He was returned from Guadalcanal.
Buried in Knoxville National Cemetery on June 17, 1948 (Section B, Plot 6675)

The Knoxville News-Sentinel, September 3, 1942
News of a U.S. Marine from Knoxville being killed in action has reached the mother here. A message from the War Department  informed Mrs. Georgia Day, of 1103 1-2 Fort Sanders Avenue, that her oldest son, Pvt. Calvin C. Day, was “killed ina ction.” The message said that he had been given temporary burial and that a letter would follow with more information. The telegram cautioned the mother against publicy discussion the name or whereabout of the young marine’s naval vessel. This would seem to indicate that he may have met death in some kind of naval action rather than in any island assault or land engagements. The young man’s girl friend, Miss Velma Brooks, of 1512 Euclid Avenue, said that Private Day, only 17, volunteered for the marines a year and two months ago. And that he was last home, on a four-day leave, on July 5. He said at that time that he expected to be ont he sea soon, and had not been heard from since returning to duty, Miss Brooks said.
One conjecture is that he might have been lost in some sea action, possibly on convoy duty. The temporary burial might indicate that Private Day was killed in or near a foreign country. He received training at Parris Island, Quantico and New River, N.C. bases. Attesting his proficiency among such crack fighting men as the Marines, Private Day had won four medals for marksmanship and other accomplishments. He attended Moses School and Stair Technical High and was a member of a Sunday School class at Second Methodist Church.
The young woman friend, who lives within two blocks of the Day home, said: “my mother had known Calvin’s parents since before they were married and she introduced him to me when we moved to town from Kimberlin Heights serveral years ago. After being transferred to a new station, one of the first things he would do was to write me. Wherever he was sent, I don’t believe he could have been there long since I have not received a letter – unless one is on the way now.”
Private Day leaves the mother; two sisters, Mrs. Arietta Langston of Hodges, and Miss Helen Day; and a younger brother, Bert Day.

The Knoxville Journal, September 4, 1942
A message from the War Department informed Mrs. Day that her oldest son, Calvin C. Day, had been killed in action with the marines. The message said he had been given temporary burial near the scene of battle, and that a letter with more details would follow.
Day volunteered for duty with the Mrines 12 months ago. When he was last home on July 5, he said he expected to be on the sea soon. He received his training at Parris Island and New River N.C. He attended Stair Technical High School and Moses School. The Second Methodist Church, of which he was a member, will hold special memorial service in his honor. He had won four medals for markmanship and other accomplishments while in the Marines. Private Day is survived by his mother; two sister, Mrs. Arietta Langston, of Hodges, and Miss Helen Day; and a younger brother Berl Day. 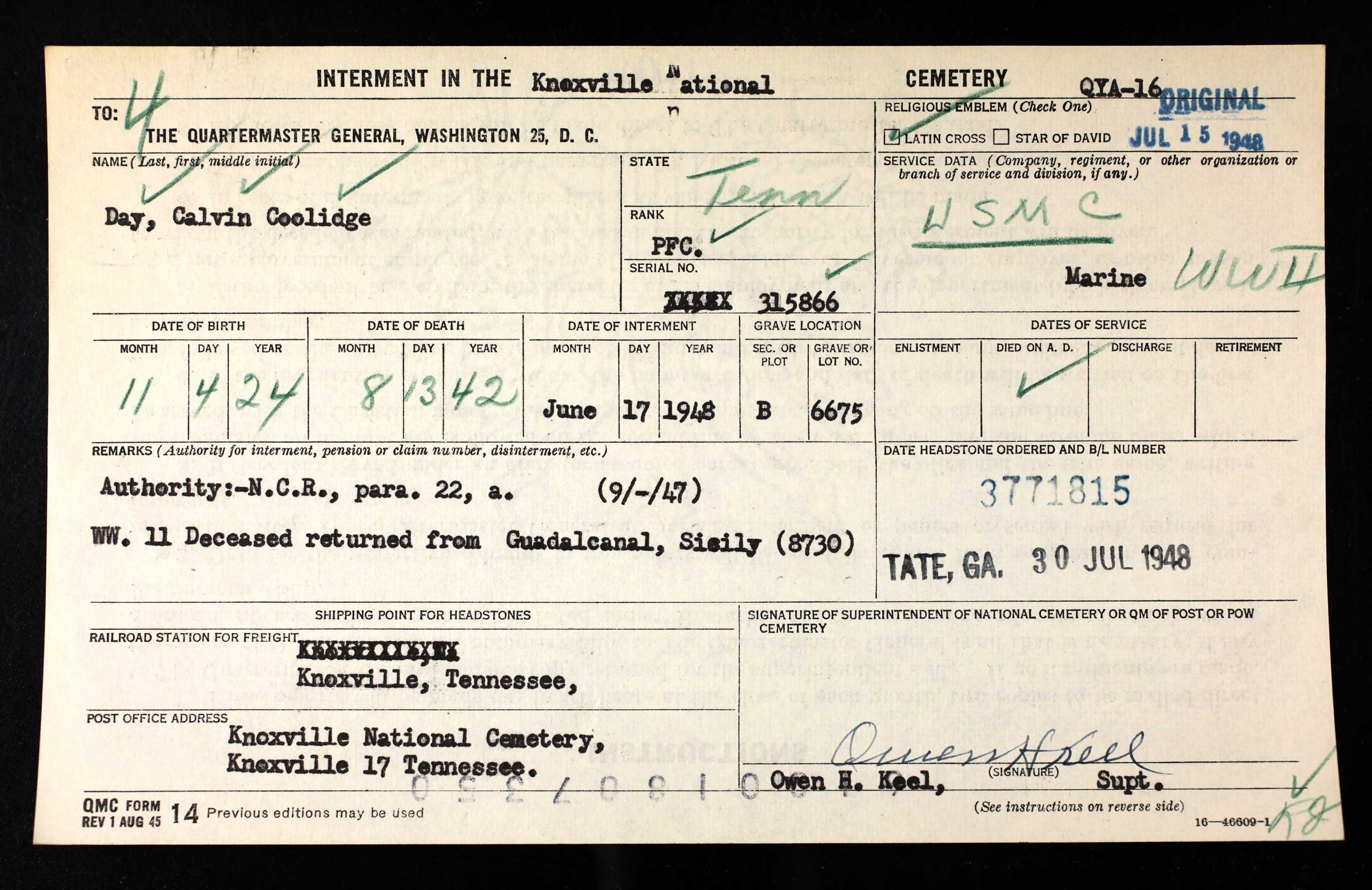 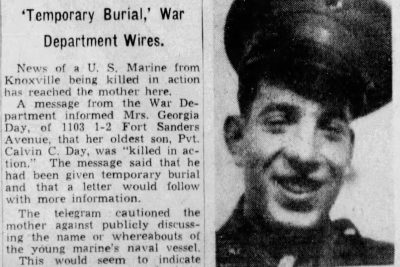 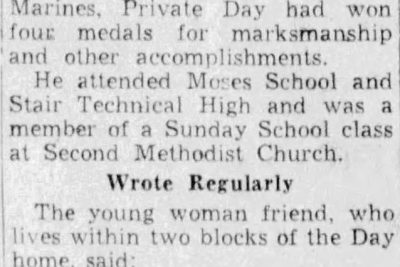 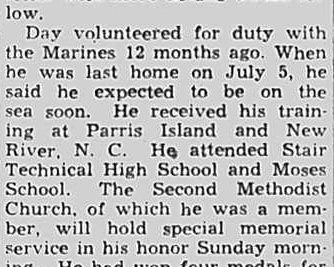