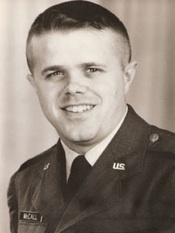 On that day 1LT McCall died in the crash of a fixed wing aircraft in which he was a passenger. The crash occurred offshore South Vietnam, in Military Region 2, and was due to non-hostile action. 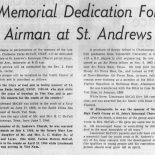