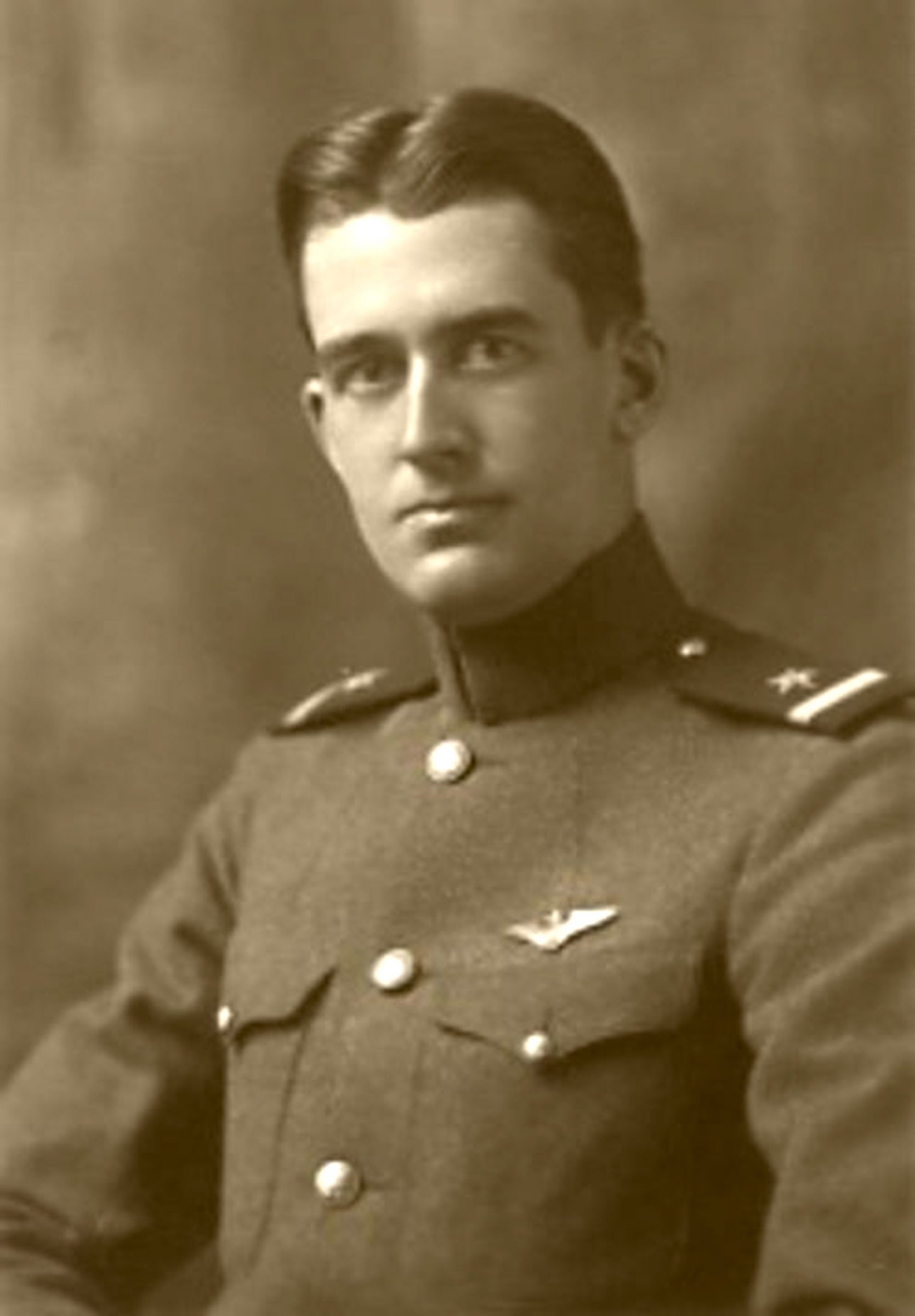 Charles McGhee Tyson enlisted in the service of his country as seaman, second-class, in July 1917, and rose to grade of lieutenant, junior grade, U.S. Naval Reserve Flying Corps, before his death October 11, 1918, while on a flight over the North Sea. Received his training at Massachusetts Institute of Technology, Pensacola, and Newport News. Because of executive ability, ordered to Washington and charged with ordering and loading supplies for the transport ship Jason. Requested to be allowed to join his flight squadron and sailed August 8, 1918. After his death his remains were brought to Knoxville under naval escort and buried with naval honors.

From the Knoxville News Sentinel 26th February 2012:
Lt Charles McGhee Tyson passed up his chance for military leave to take his last flight.
Tyson, born in 1889, grew up the son of Knoxville businessman Gen. Lawrence D. Tyson. He volunteered for duty with the Army Air Corps two months after marriage.
Tyson had been granted leave but turned it down the morning of Oct.9, 1918, barely a month before the war’s end, when the Army called for volunteers to fly over the North Sea on an expedition to lay mines.
Tyson flew out two days later as the plane’s gunner.
The plane hadn’t reached 100 feet in the air when the pilot lost control. The aircraft crashed into the water, killing Tyson and two others.
His death topped the Sentinel’s front page and brought tears even to the eyes of strangers.
Scores who waited anxiously around newspaper bulletin boards for developments on the Western Front lowered their heads and grew silent, the Sentinel wrote.
Knoxville’s airport, dedicated in 1930, bears Tyson’s name. 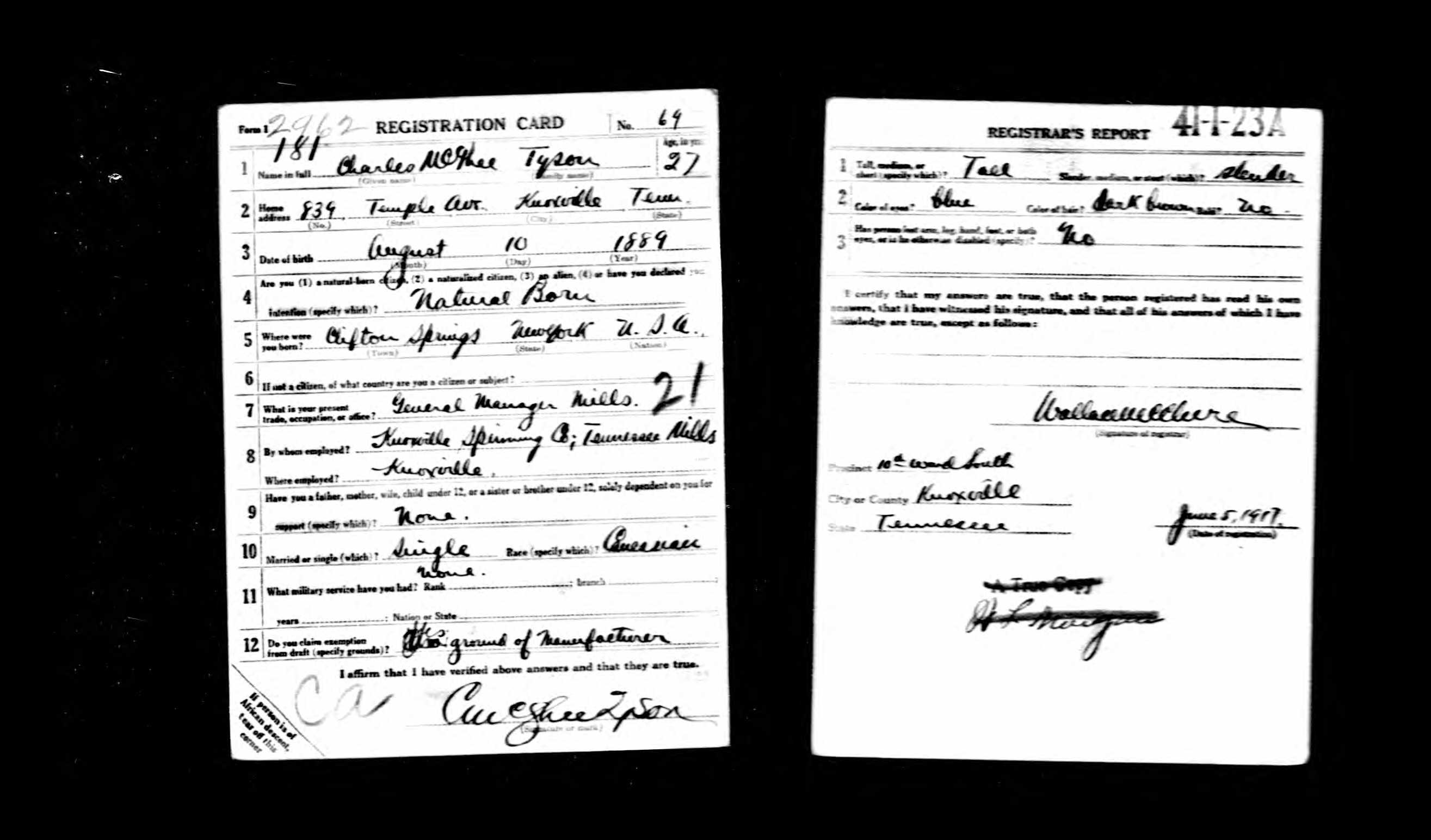 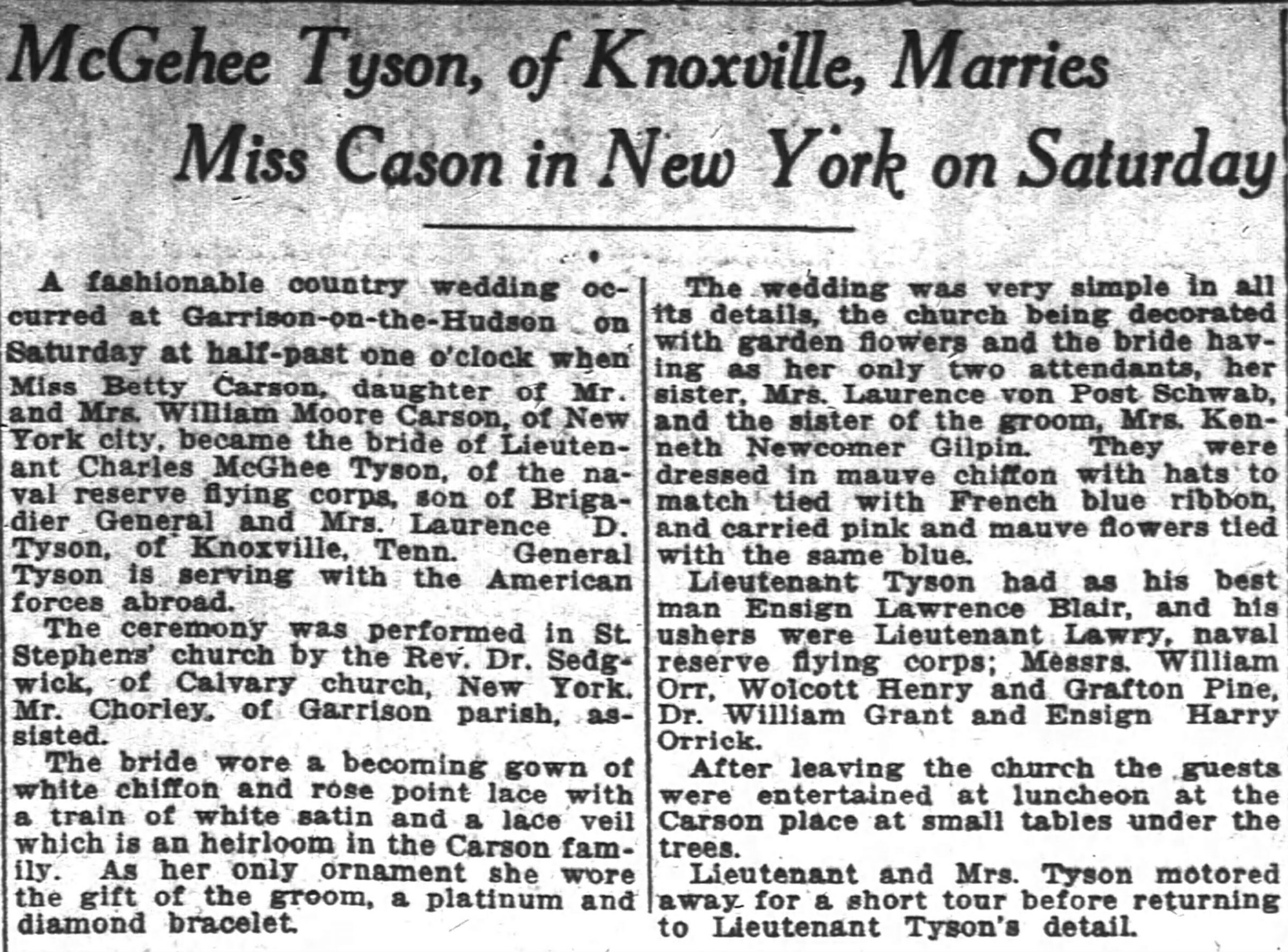 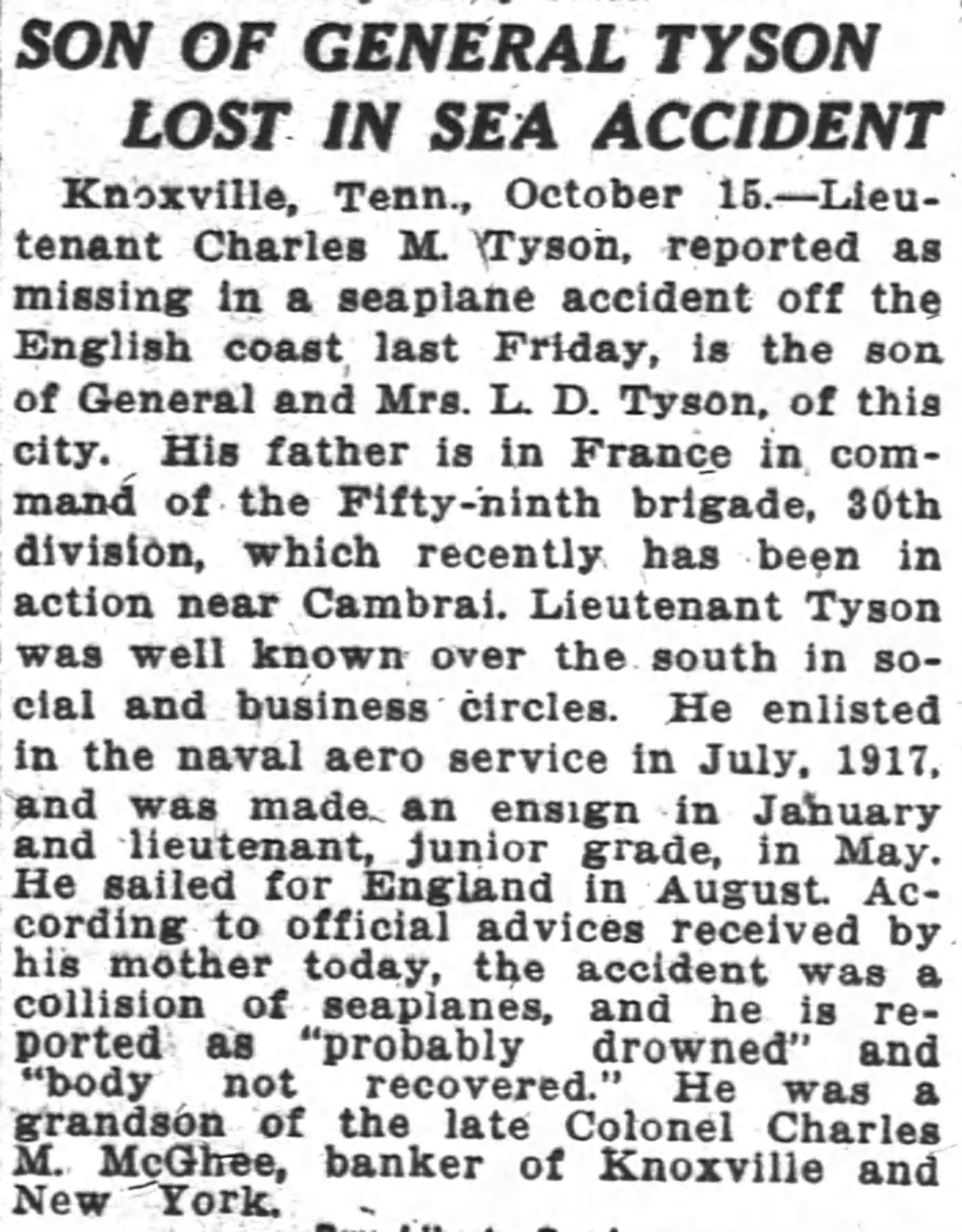 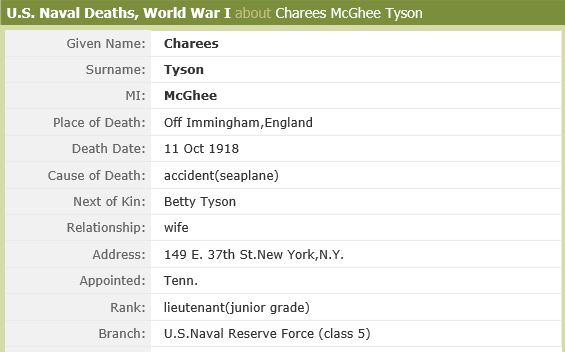 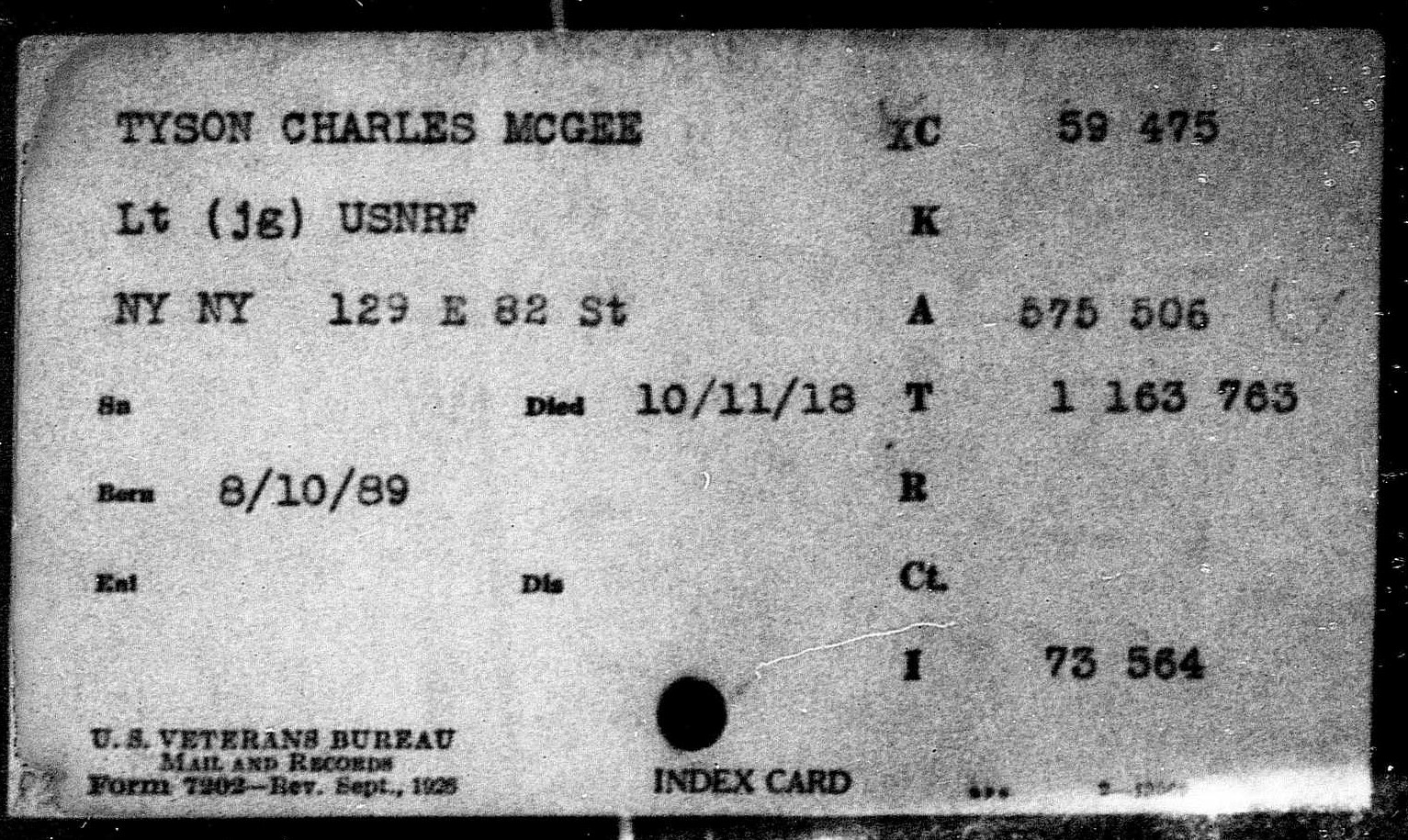