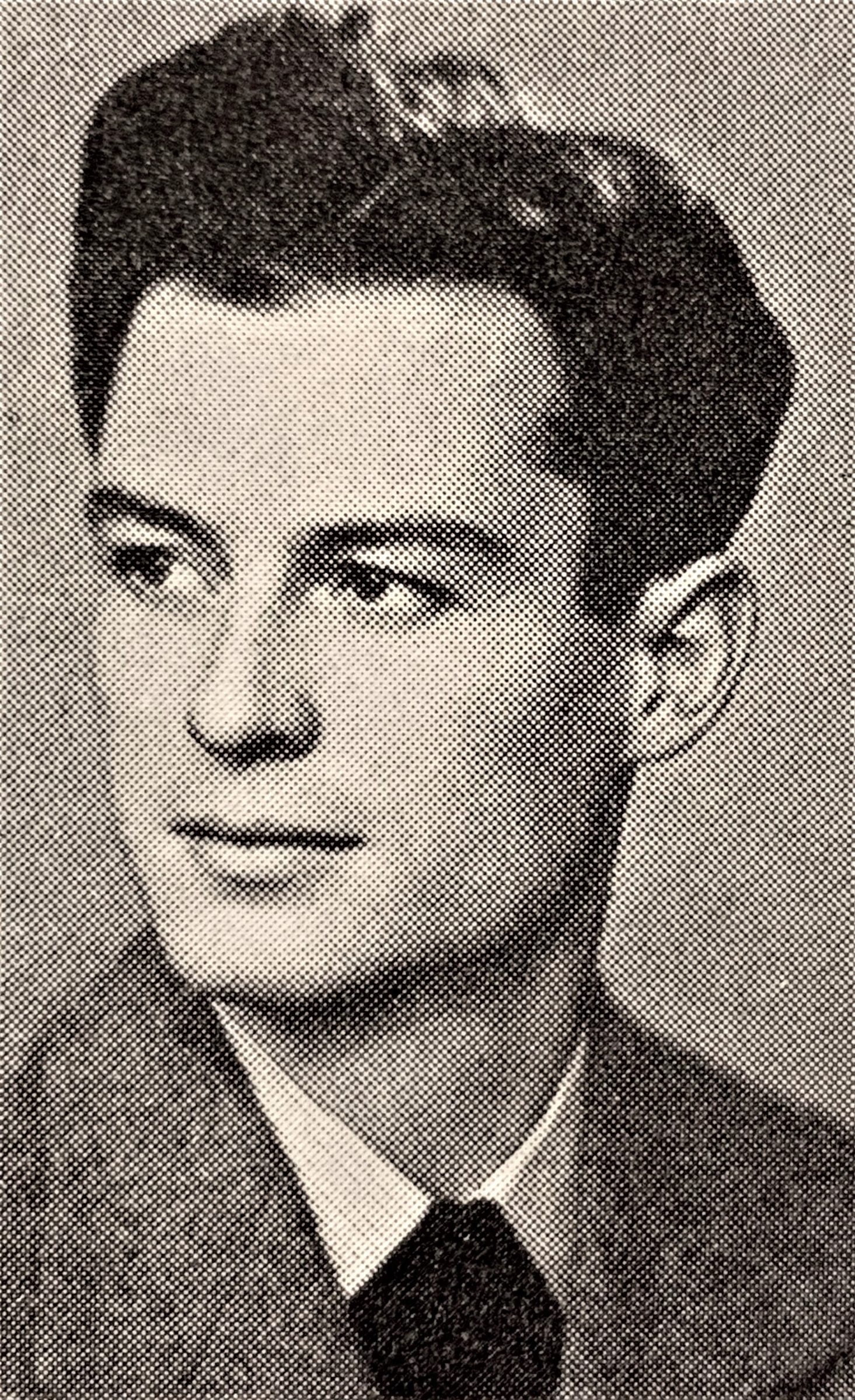 Associated Press Correspondent Don Whitehead’s article mentioning Elmore, January 24, 1944:
Doughboys under Major Oliver G. Kenney of Berkeley, Calif., had reached their objective the morning of the landing by a swift march across the flat marshland near Anzio.  They were well ahead of schedule when they dug in near the Mussolini Canal to meet an expected countermove by the Germans. One of Kenney’s units was attacked by infantry and tanks but held on until the enemy worked around on the flank and forced them back.  Then the doughboys pushed the Nazis back with a vigorous counterthrust with close support from tanks. Capt. C. Elmore, Lexington, Ky., took two canal bridges and after a see-saw battle ended up at dawn in control of both points. These clashes, however, did not involve any large concentrations on our side and as yet the Germans have not thrown in any great number of troops against the bridgehead, although we can expect them. 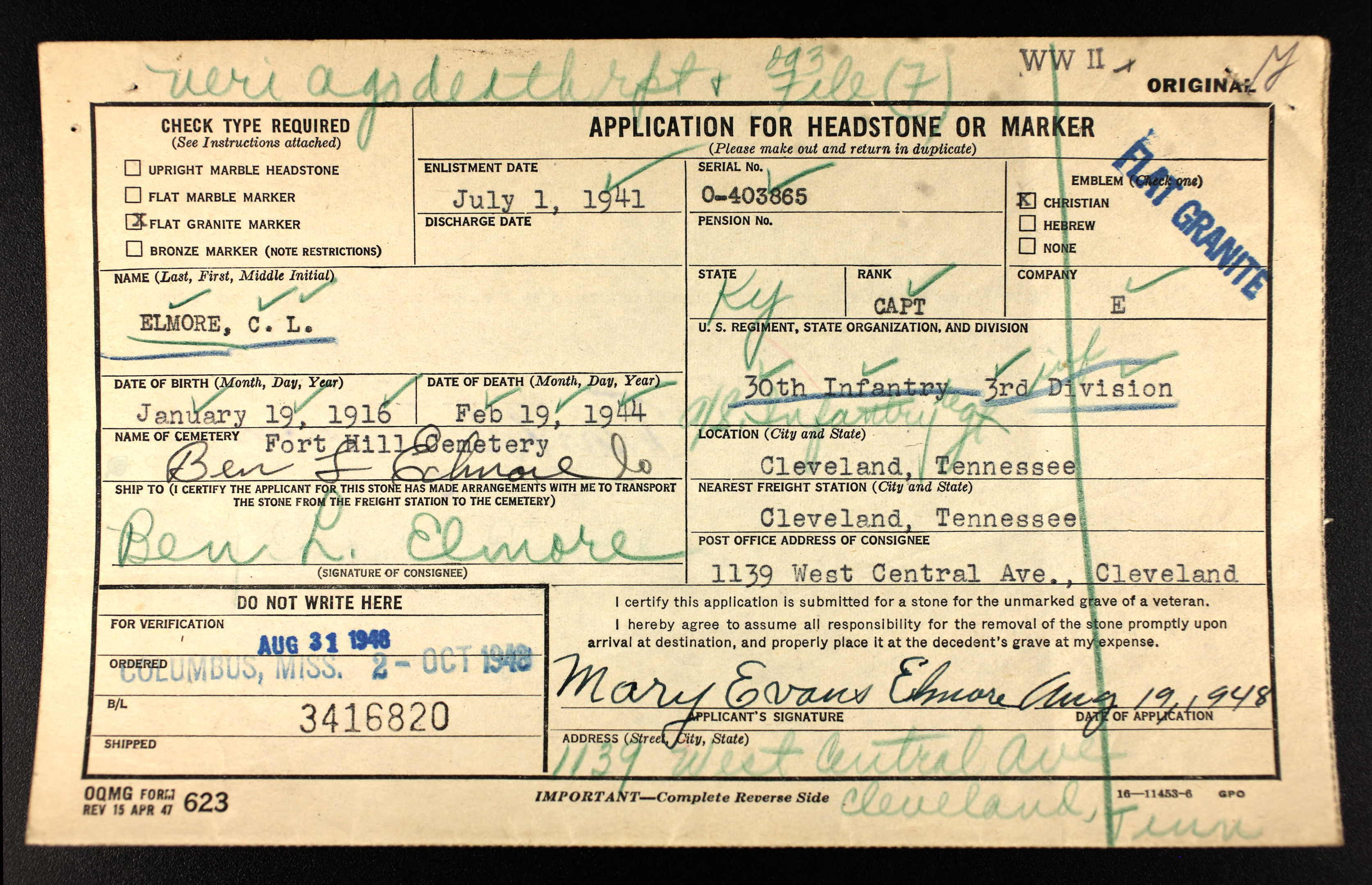 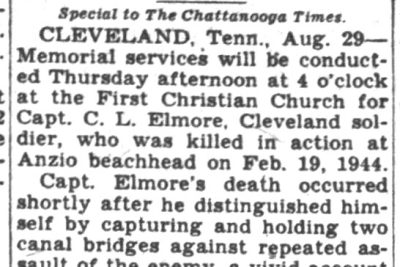