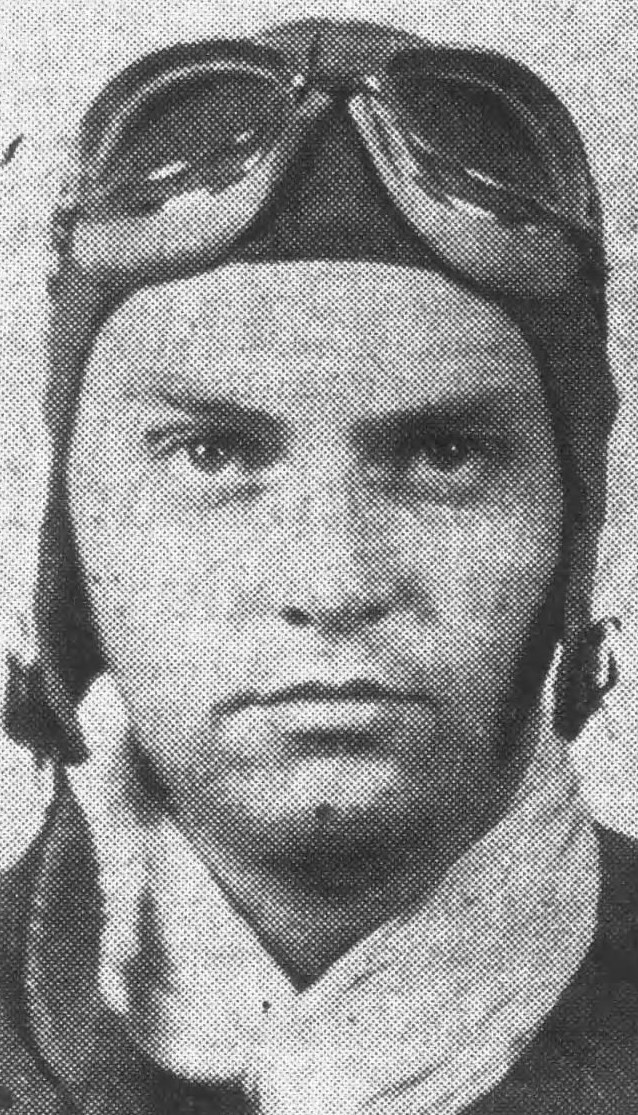 Charles Kirk McClure Jr. was the son of Charley Kirk McClure and Ethel Leora Hicks. He married Mary Catherine Benziger in Hamilton County, TN on 18 April 1942. They had one daughter, Gail McClure, who was born in June 1944. He was the brother of Gladys McClure and William Howard McClure.

Charles K. McClure enlisted on 16 March 1941 at Fort Oglethorpe in Georgia as an Aviation Cadet with the Air Corps. He was stationed at Chatham AAF in Georgia and Pilot of aircraft B-24J #42-50946 when he died non battle. The aircraft was reported as missing in a crash of the coast, 70 Miles NE of Daytona Beach, Florida.

The Chattanooga Daily Times, 9 June 1943
Capt. Charles K. McClure, army bomber pilot, son of Mr. and Mrs. C.K. McClure, 406 Booth Road, has his picture in the current issue of Collier’s Magazine beside that of Brig.-Gen. James A. Doolittle and other Tokyo raiders, but it’s all a mistake. One of the pilots who accompanied Doolittle on the famous bombing raid over Japan was Lt. Charles L. McClure and the picture of the Chattanooga flier is used by mistake to illustrate this week’s chapter of a serial story of the raid by Capt. Ted W. Lawson entitled, “Thirty Seconds over Tokyo.
“Capt. McClure’s father said yesterday that he and Mrs. McClure had just returned to Chattanooga after visiting their son and his wife at Greenville, Miss., where Capt. McClure is stationed as a squadron commander with the army air forces. He said copies of the magazine with the wrong McClure’s picture had reached the air field and that Capt. McClure’s fellow officiers were having a good joke on the Chattanooga flier – asking him about the weather over Tokyo and congratulating him on his narrow escape from China. Capt. McClure (the Chattanoogan) received his captaincy three months ago at Greenville, just 16 months after his graduation as a second lieutenant at Maxwell Field. His wife, the former Miss Mary Catherine Benziger, daughter of Mr. and Mrs. W. Benziger of Dallas Heights is with him in Greenville. 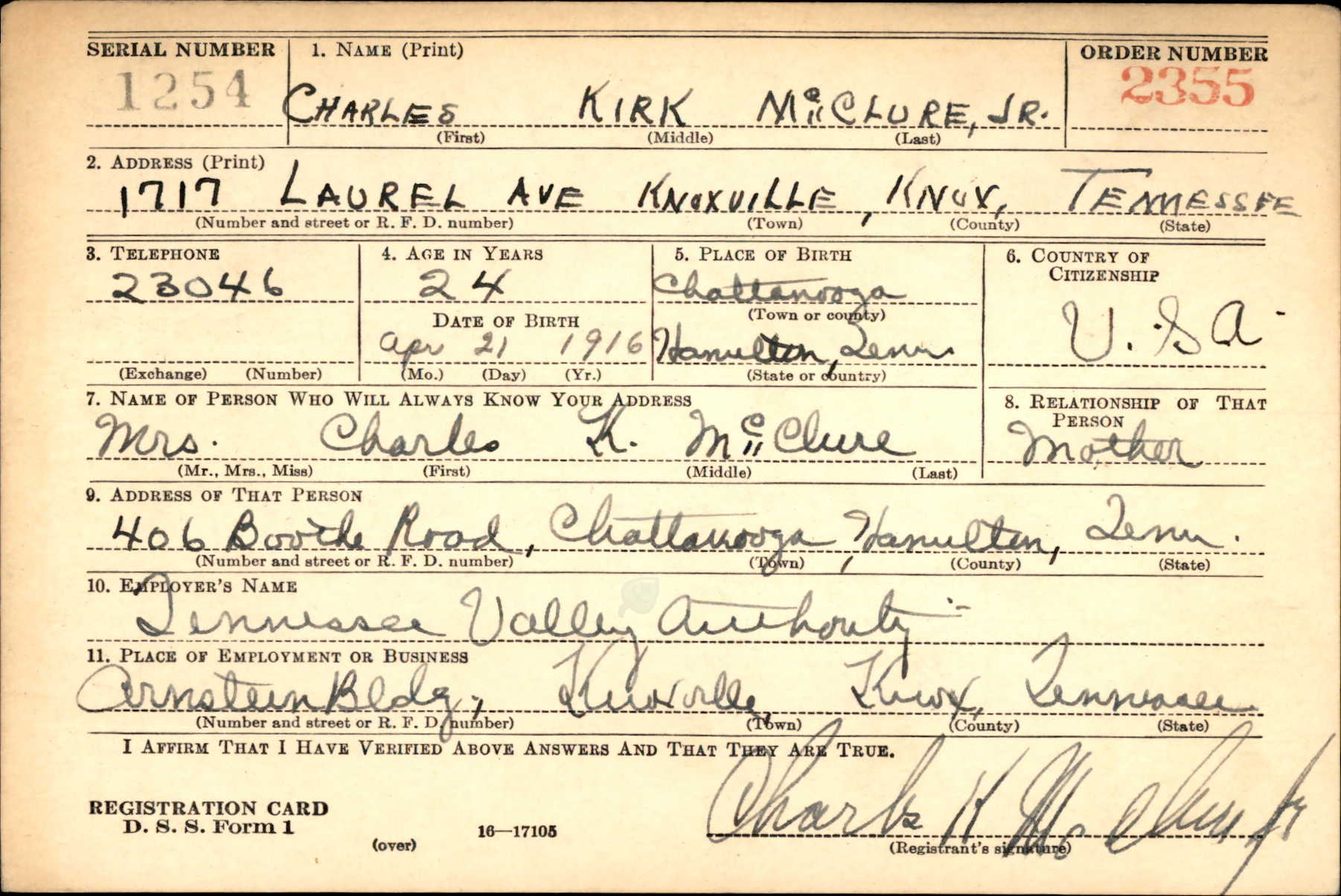 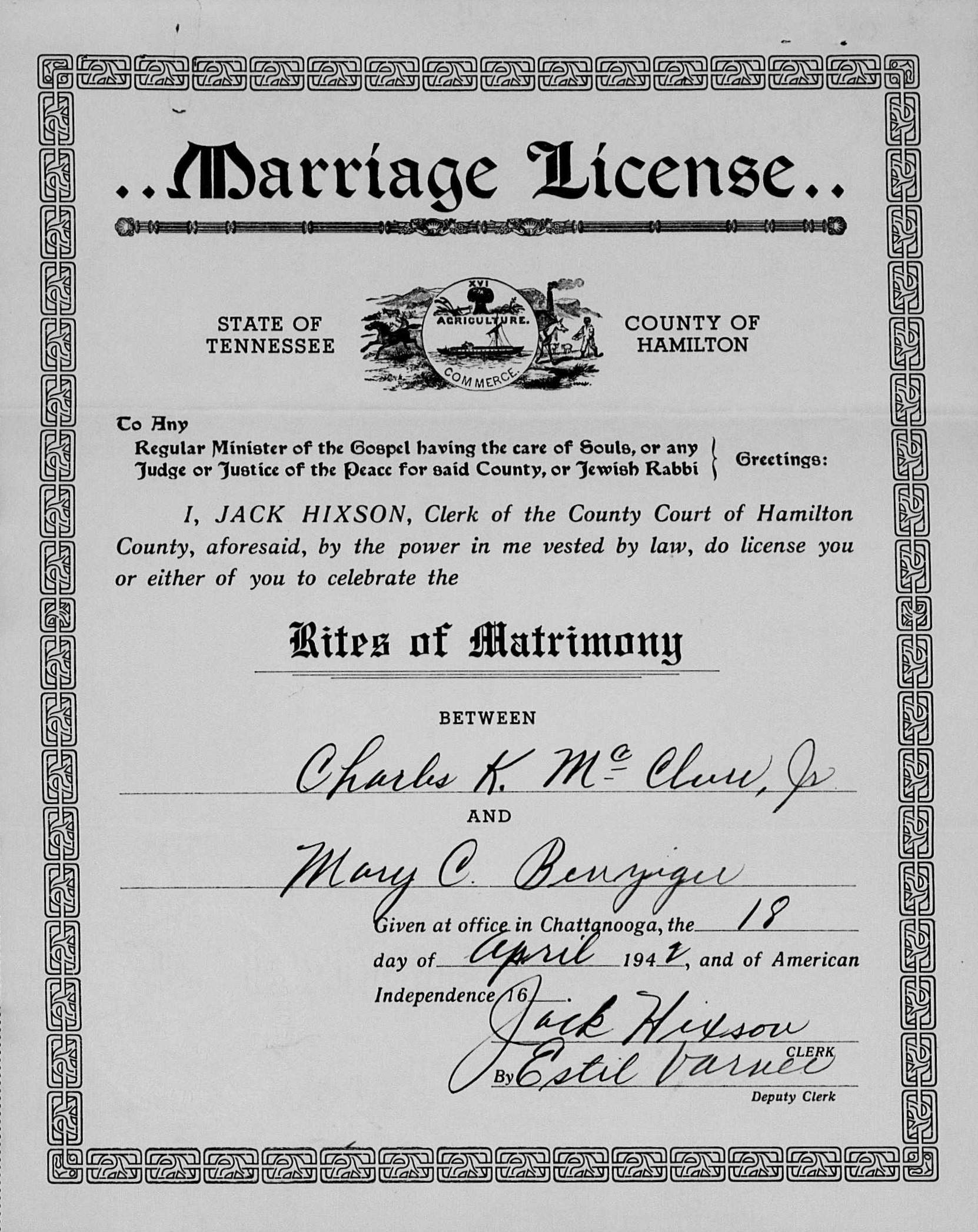 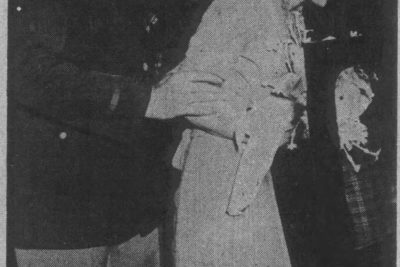 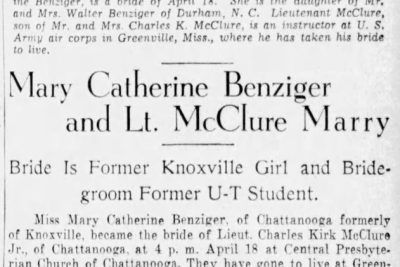 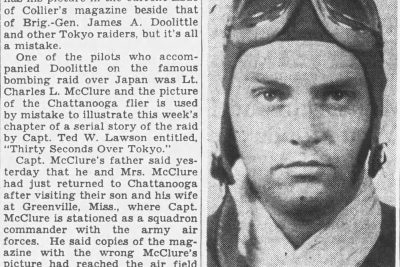