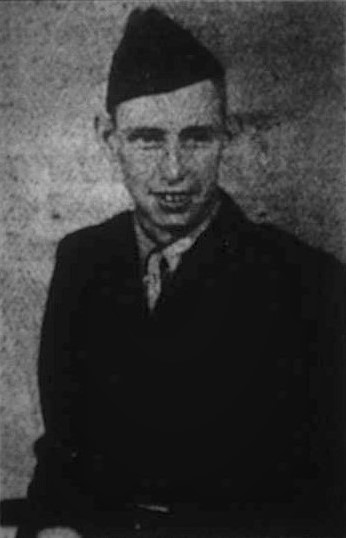 Copper City Advance, March 29, 1945
Marine Pfc Byrd Weldon Everett, son of Mr. and Mrs. G.W. Everett of Copperhill, was wounded in the hip and shoulder when the Fourth Marine Division lande don Iwo Jima. He is a brother of V.R. Everett also of Copperhill.
In a letter home he reports that he has been removed from the island and is recovering.

Copper City Advance, April 5, 1945
Private Byrd W. Everett, 26, died March 10 from wounds suffered in action on Iwo Jima, according to a telegram received Tuesday from the Navy Department.
In a letter written to his parents after his injury, Private Everett said he was improving and for the family not to worry.
He was a graduate of Fannin County High School of Morganton. He later was employed in Atlanta and went into service two years ago. He had been in the Pacific theater since going overseas in January, 1944. 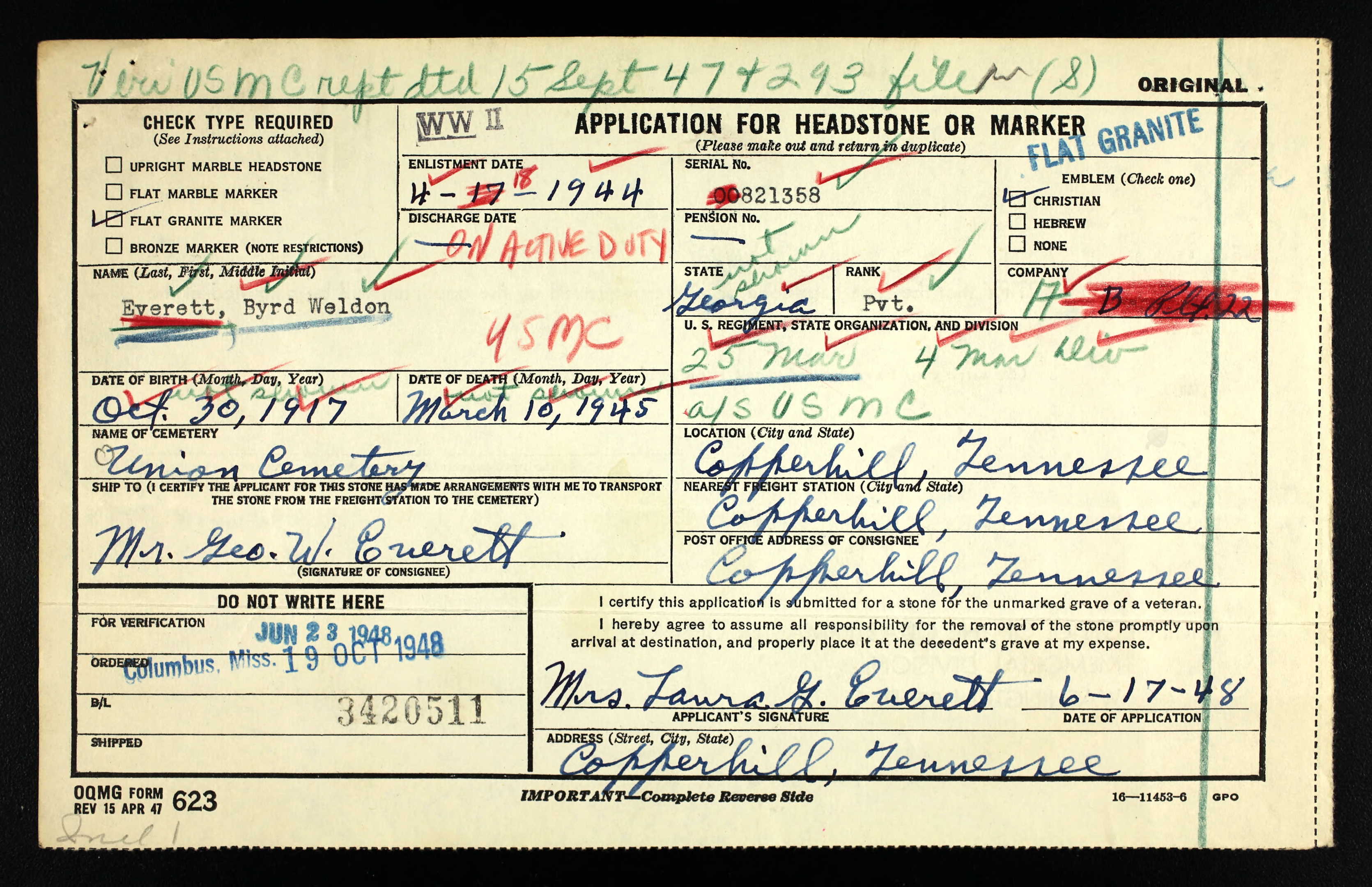