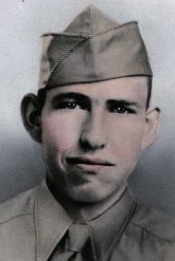 He enlisted with the US Army on July 13, 1943 at Fort Oglethorpe, Georgia. Buster had attended high school up to his junior year and was not married at the time of his enlistment.