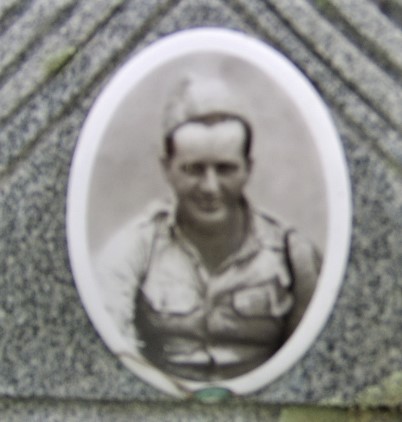 Private First Class Ingram was a member of the 3rd Engineer Combat Battalion, 24th Infantry Division. He was Killed in Action while fighting the enemy near Taejon, South Korea.

The Knoxville Journal, March 26, 1952
Relatives have received word that the body of Pfc. Burnett Ingram, who was killed in Korea in July, 1950, is en route to Knoxville for funeral and interment. Ingram, 30, was a son of Mr. and Mrs. Creed Ingram of 1848 Buford Street. He had been in the US Army nine years. He was killed 15 days after he arrived in Korea. He was reported missing some time before he was listed as killed.

The Knoxville News-Sentinel, April 19, 1952
Pfc. Burnett H. Ingram, 30, son of Mr. and Mrs. Creed Ingram, Addison Avenue, Route 2, Fountain City, has been killed in action in Korea, the family said today. The Defense Department notified the family that the 24th Infantry Division soldier was killed last July 20. He had been listed as missing in action until April 10 when the death was confirmed. Pfc. Ingram was a World War II veteran of the Pacific campaign. He had been in the Army nine years and had been in Japan ony a few months when the Korean war broke out. His latest letter was written from Japan last April.
The veteran was a native of Dandridge but the family moved to Knoxville six months ago. 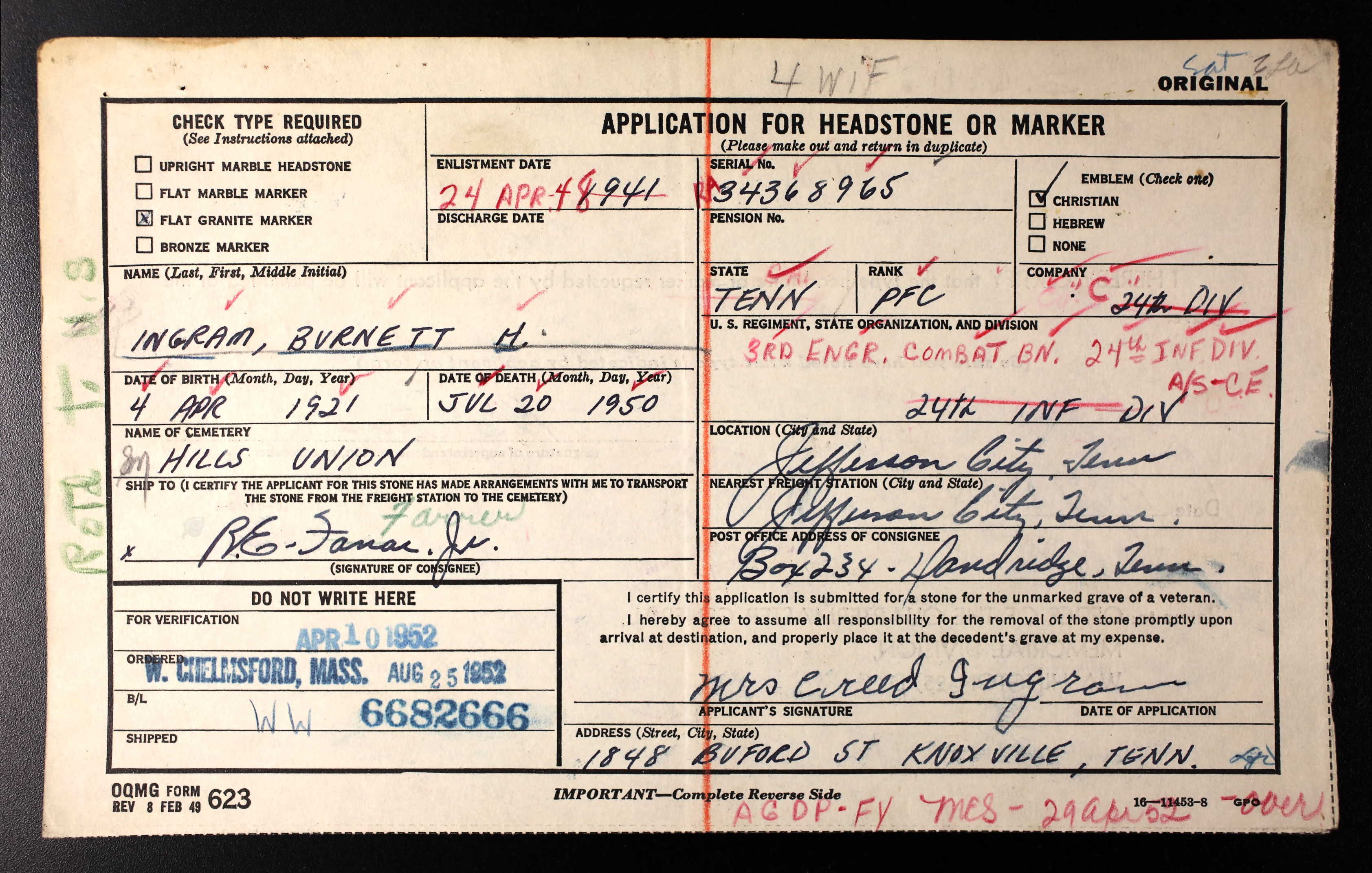 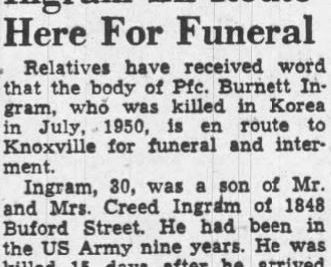 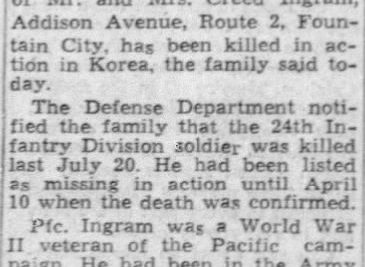 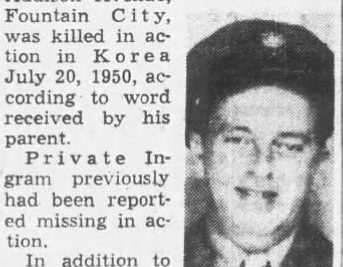