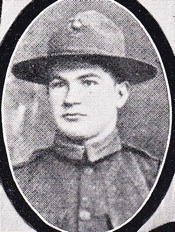 Burlie Glover Mynatt began his military career June 11, 1917, as a member of the 47th Company, 5th Regiment of Marines, stationed at Port Royal, SC, for training. Private Mynatt was severely wounded June 7, 1918, which resulted in his death. His division was engaged in holding the Marne sector against the Germans.

Burlie G. Mynatt was the son of James Spencer and Mary Maglean York Mynatt. He was born May 28, 1897 in Knoxville, Tennessee. He enlisted on April 11, 1917 and sailed for France in June 1917. He was killed in action June 7, 1918. Private Mynatt was returned home and is buried in Mynatt Cemetery in Knox County, Tennessee. 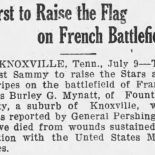 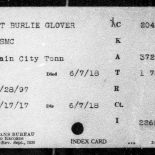 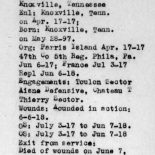