All Crew members are still missing and commemorated on the Tablets of the Missing at Manila American Cemetery, Fort Bonifacio, Manila, Philippines. 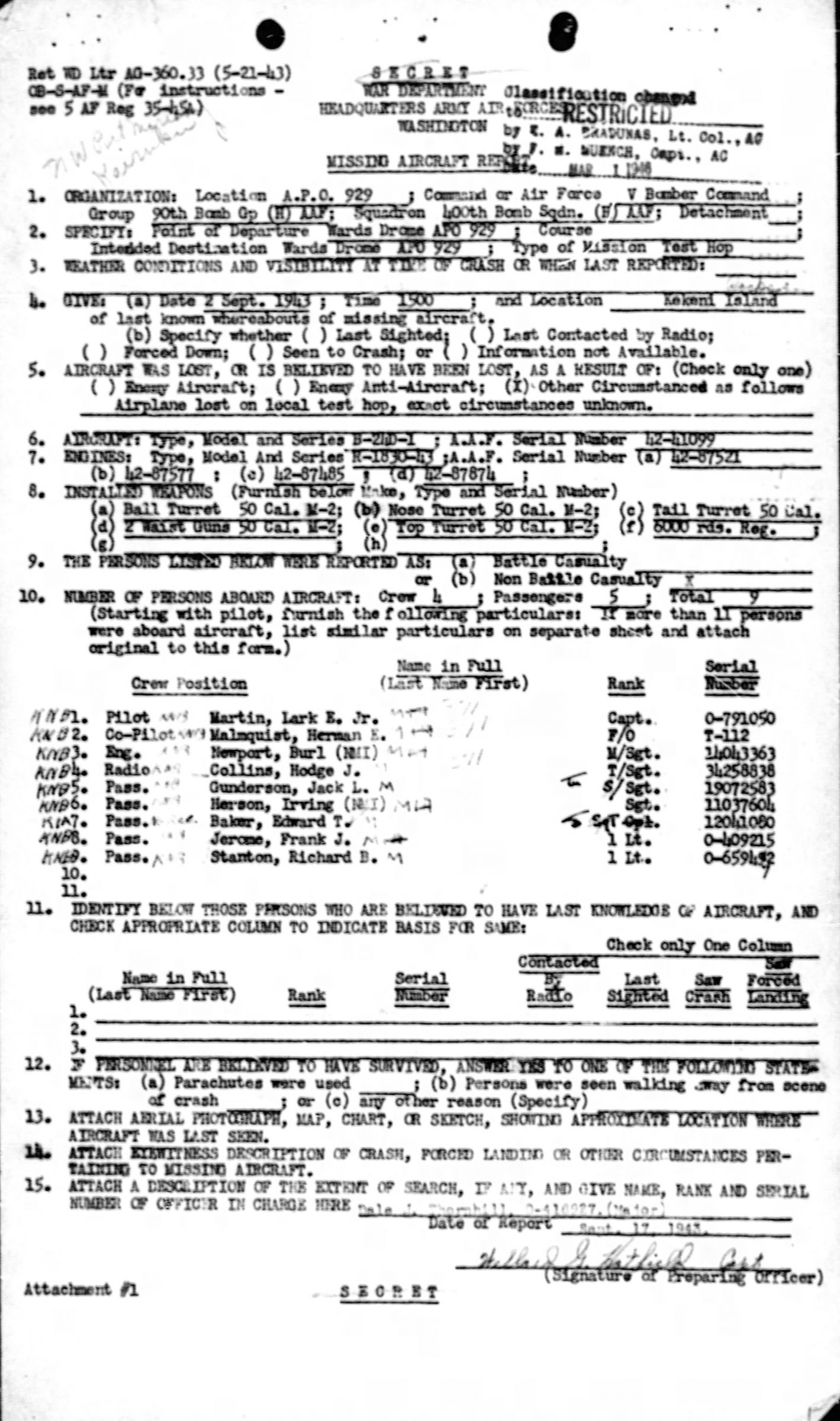