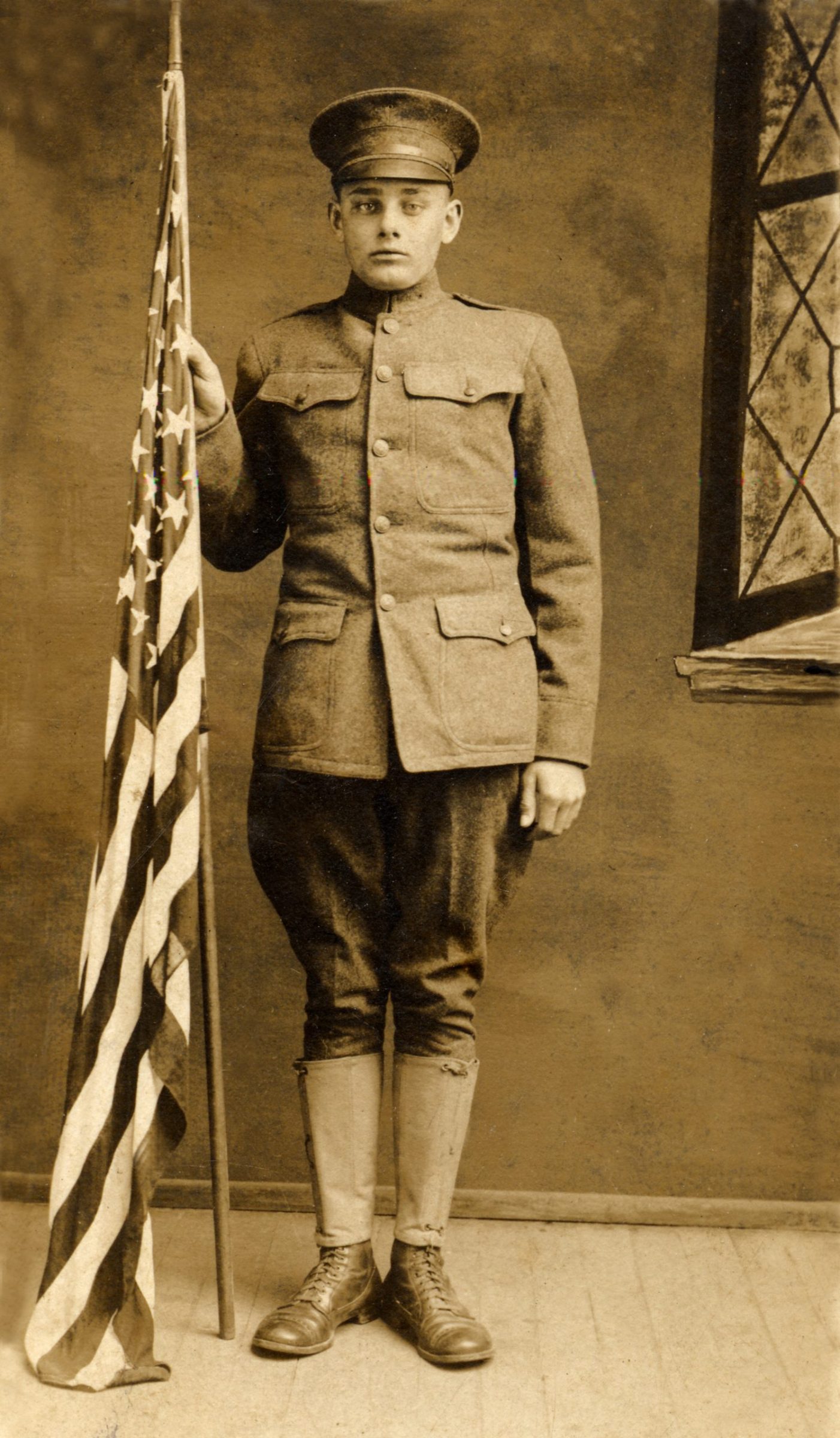 Pvt Burett (also spelled as Burrett) Hamilton was born in December 1899 in Grapevine, TN, son of John Robert Hamilton and Mary Lue Parks.
He died 17 Oct 1917 at the age of 19. He drowned when his ship the Antilles was sank 400 Miles from St. Nazaire. He Listed on the Tablets of the Missing, Suresnes American Cemetery, Suresnes, France.

The Fort Wayne, Indiana Sentinel, 22 October 1917
Sixty seven lives were lost when the army transport Antilles went down last Wednesday by the torpedo of a German submarine. The official list of casualties, cabled today by Gen. Pershing, shows sixty-seven lost; total survivors 170, and one unaccounted for. The dead include Private Burett Hamilton, infantry; father, J.R. Hamilton, Grapevine, Tenn.
The Antilles was a freight and passenger ship of 6,878 tons and was owned by the Southern Pacific Steamship company. Until taken over by the United States government early in the war she plied between New York and New Orleans. 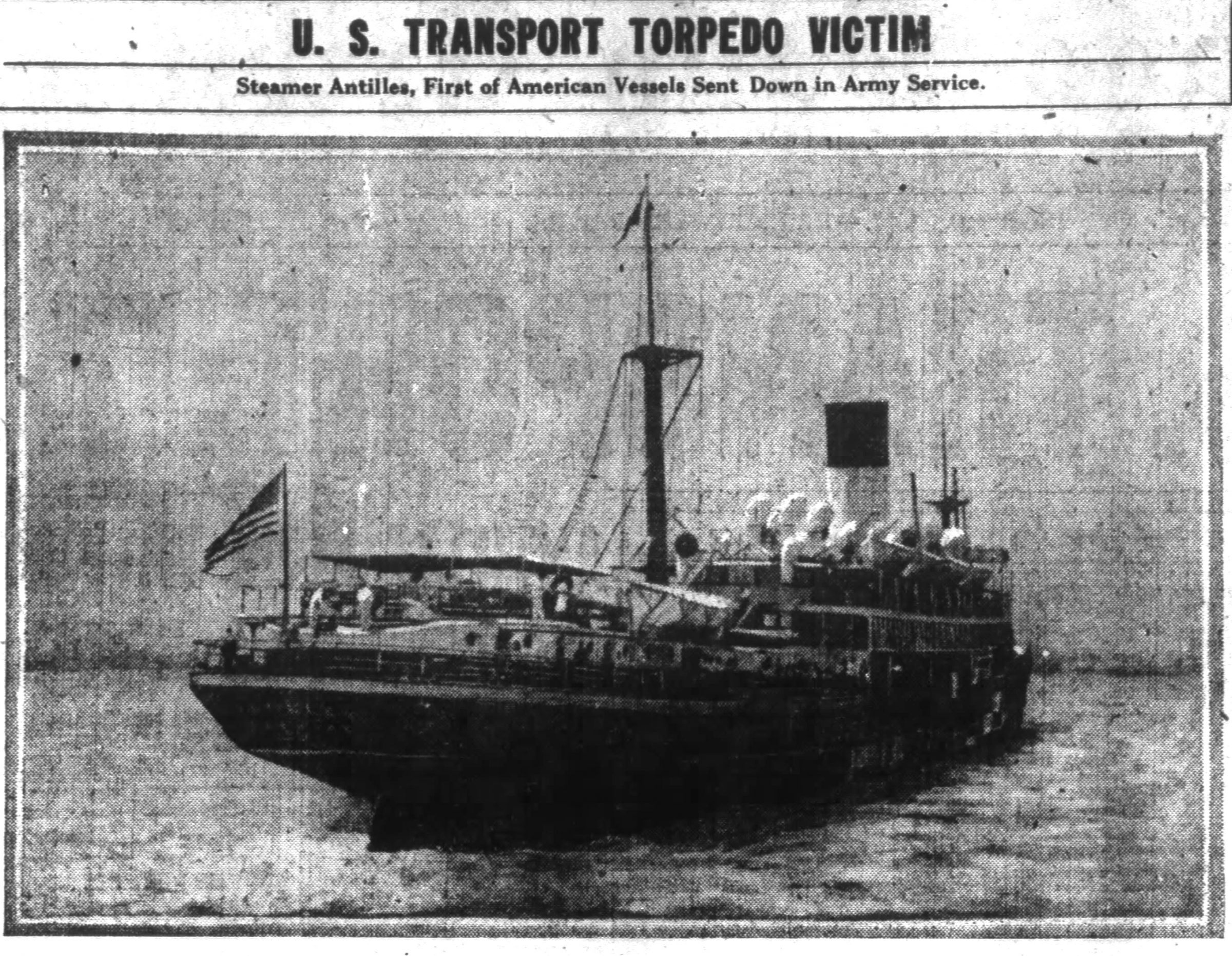 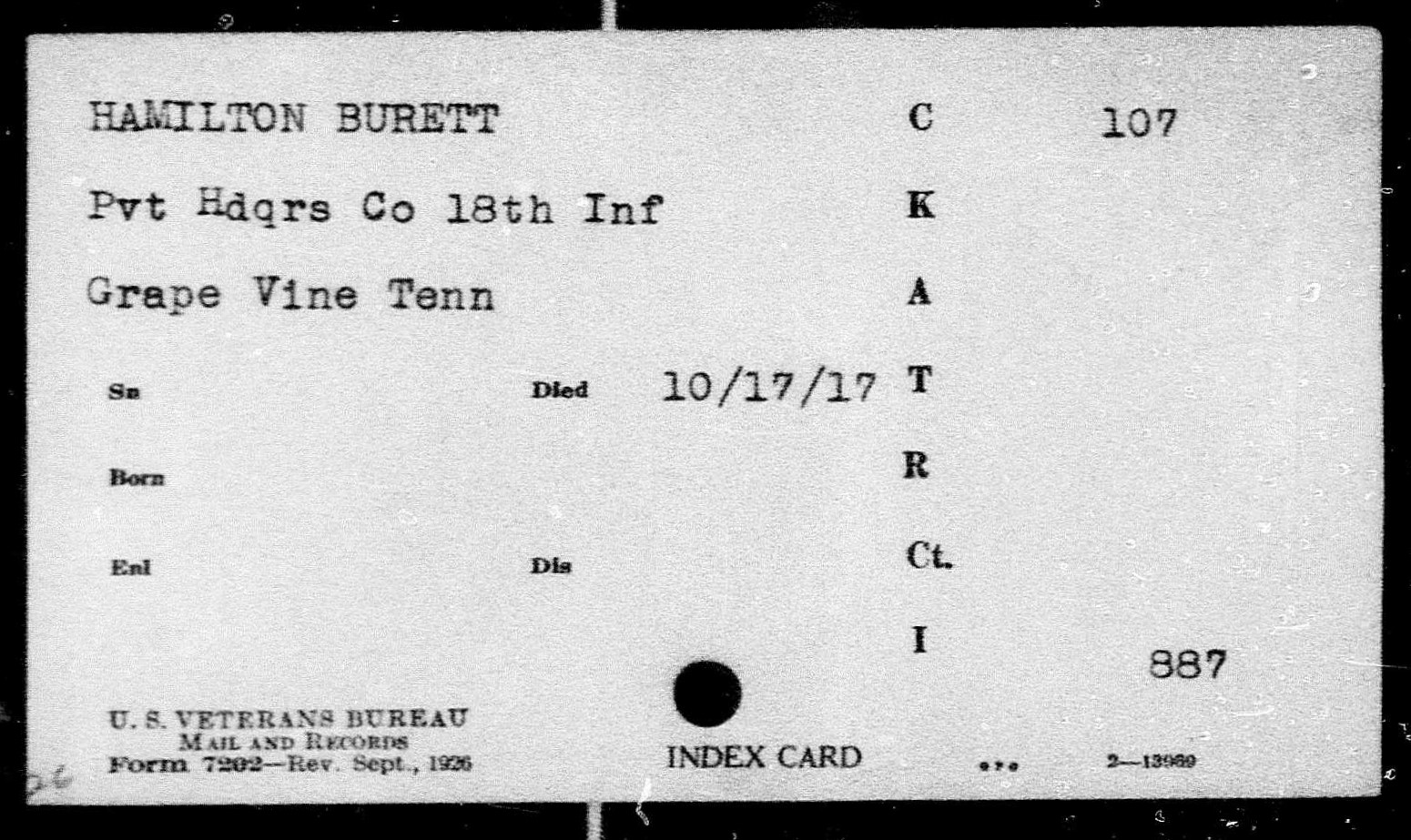 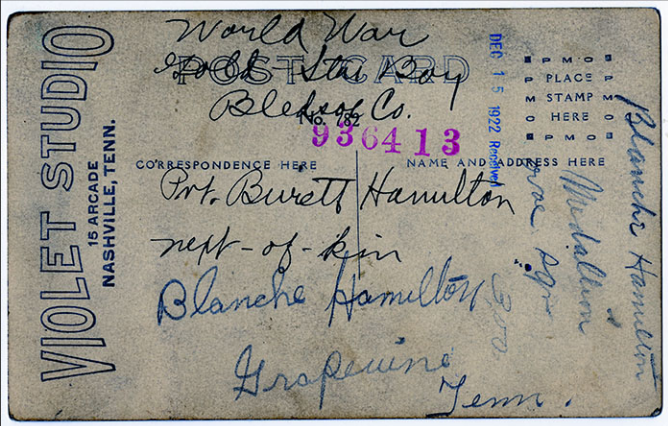 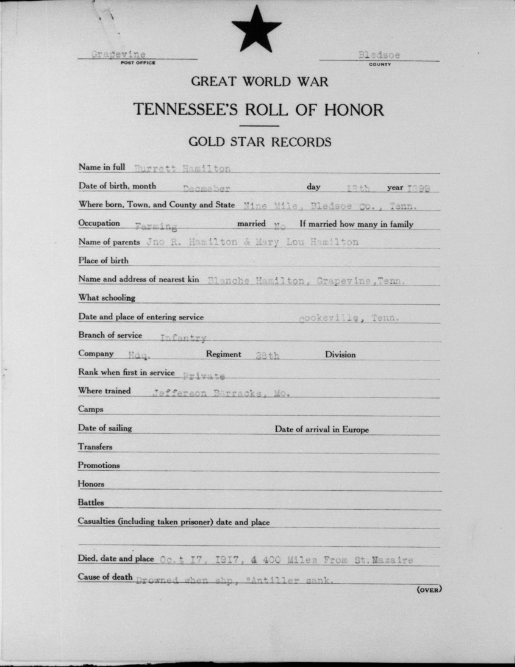 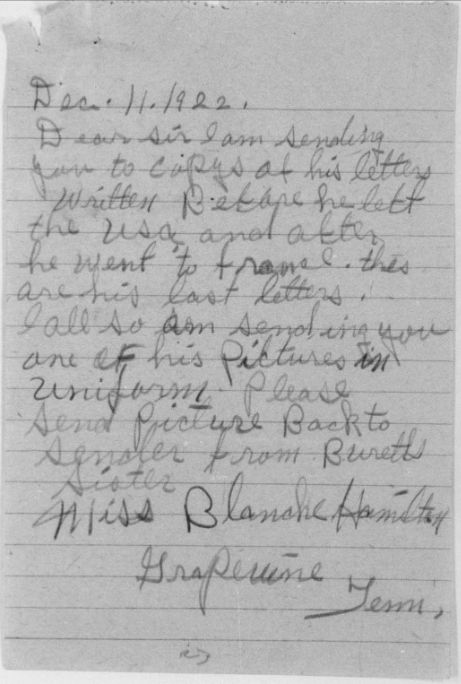 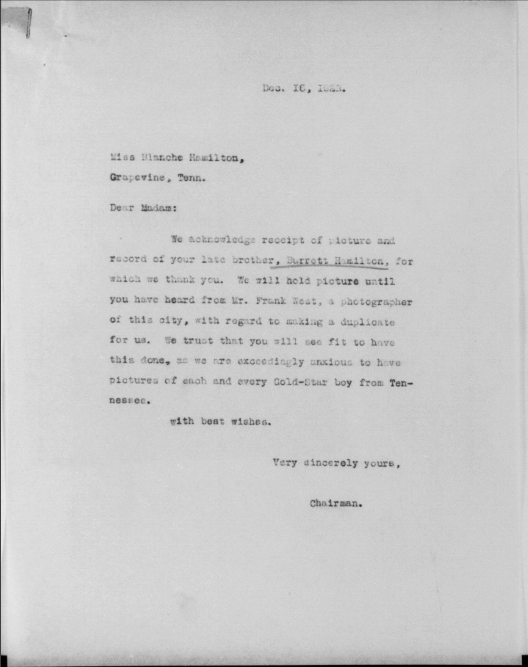 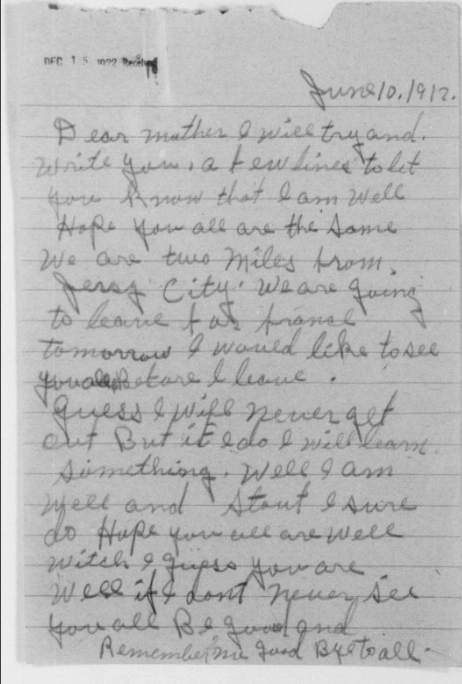 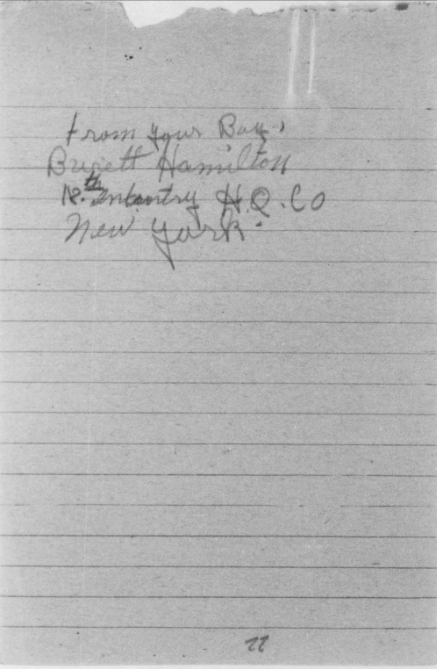 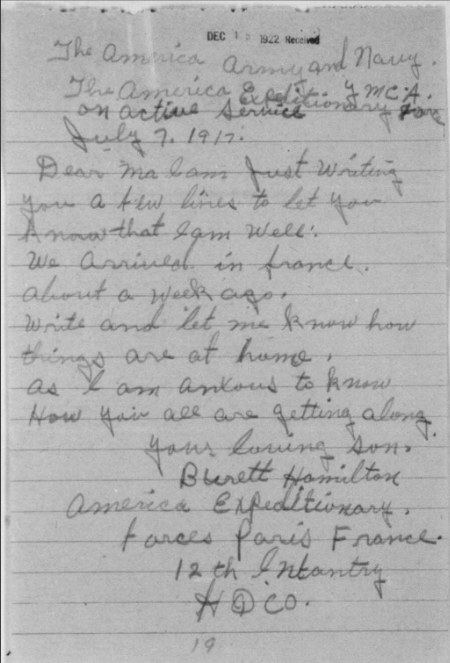 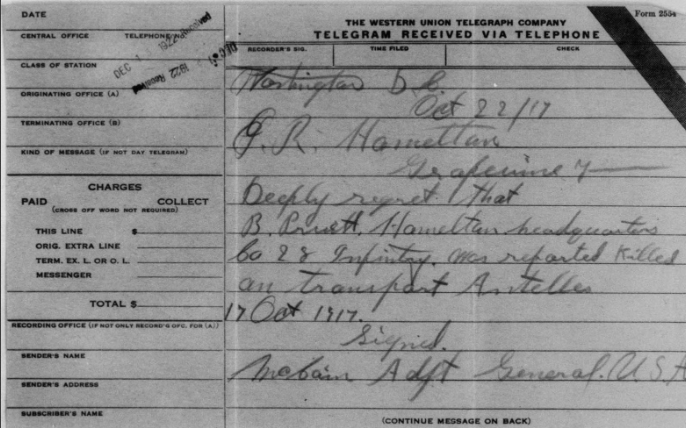 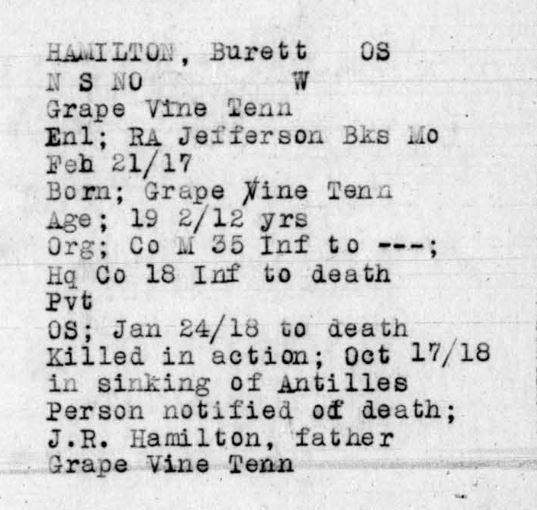