Buddy J. Wells served on the U.S.S. Mattole. He was reported as missing presumably when the ML was swamped the night of 27 February 1942 at Bermuda.
Buried in Knoxville National Cemetery on December 20, 1947 (Section B, Plot 6710)
Wife: Mrs. Dorothy Bernice Wells, 137 Booth Street, Knoxville

The Knoxville News-Sentinel, April 21, 1943
Coxswain Buddy Jack Wells, reported missing in action in March, died Feb. 27 as a result of drowning while on convoy duty in the Atlantic, according to a Navy Department telegram received here today by the wife, Mrs. Dorothy Sinnamon Wells, of 137 Booth Street, The telegram was from Rear Admr. Randall Jacobs, chief of Naval personnel and said   in part that “Coxswain Buddy Jack Wells, previously reported as misisng is now known to have died Feb. 27, 1943, as a result of drowning… Remains were interred in Allied territory outside the continental limits of the United States pending cessation of hostilities… Sincere sympathy is extended you in your great sorrow.
“Coxswain Wells was the son of Mrs. Gertrude Wells, of 1725 Citico Avenue. Also surviving are a sister, Miss Dorothy Wells, and a brother, William Wells. A former Moses School student Coxswain Wells, 23, joined the Navy in 1940. The widow is making her home with her parents, Evangelist and Mrs. John L. Sinnamon. 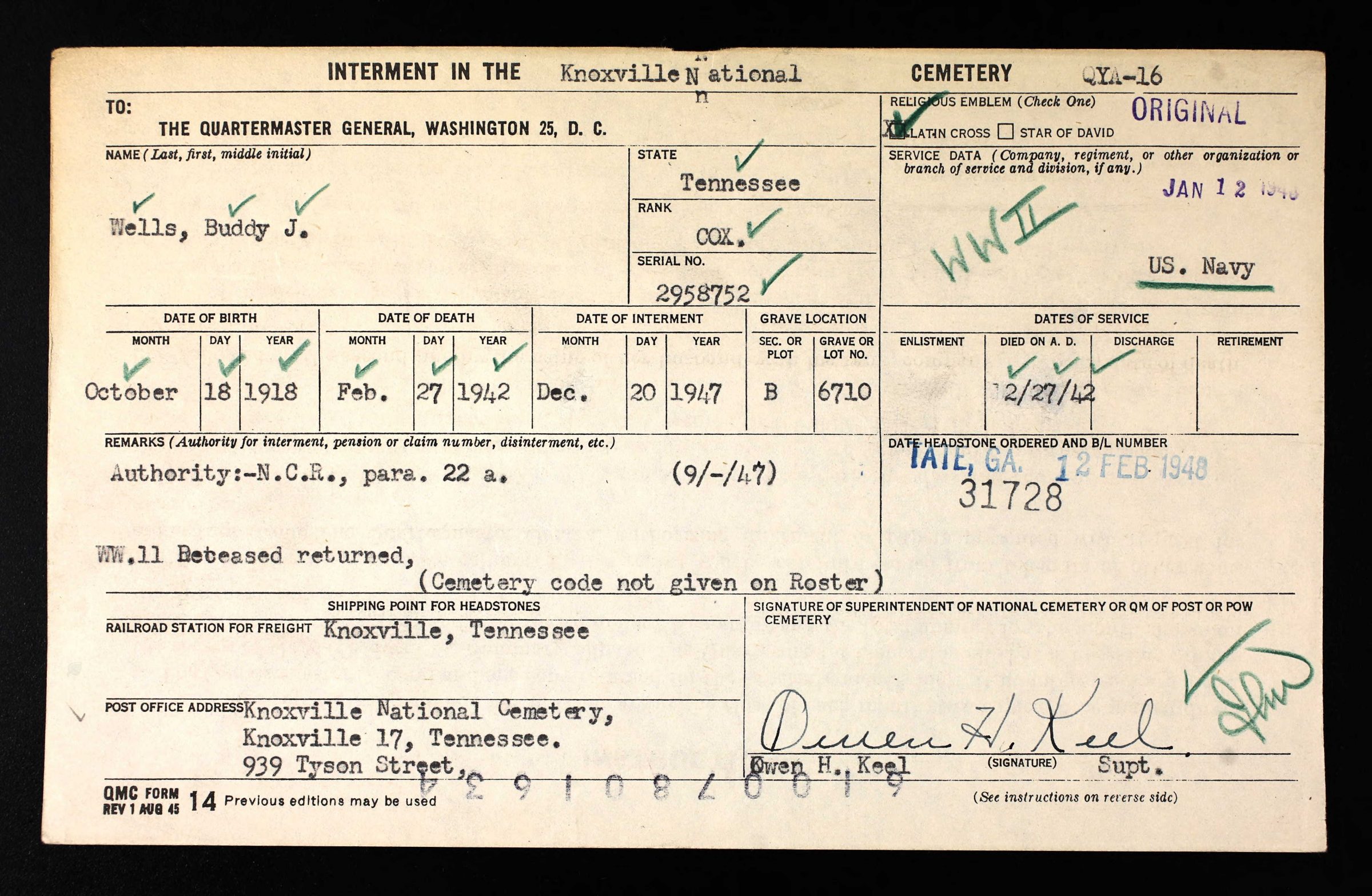 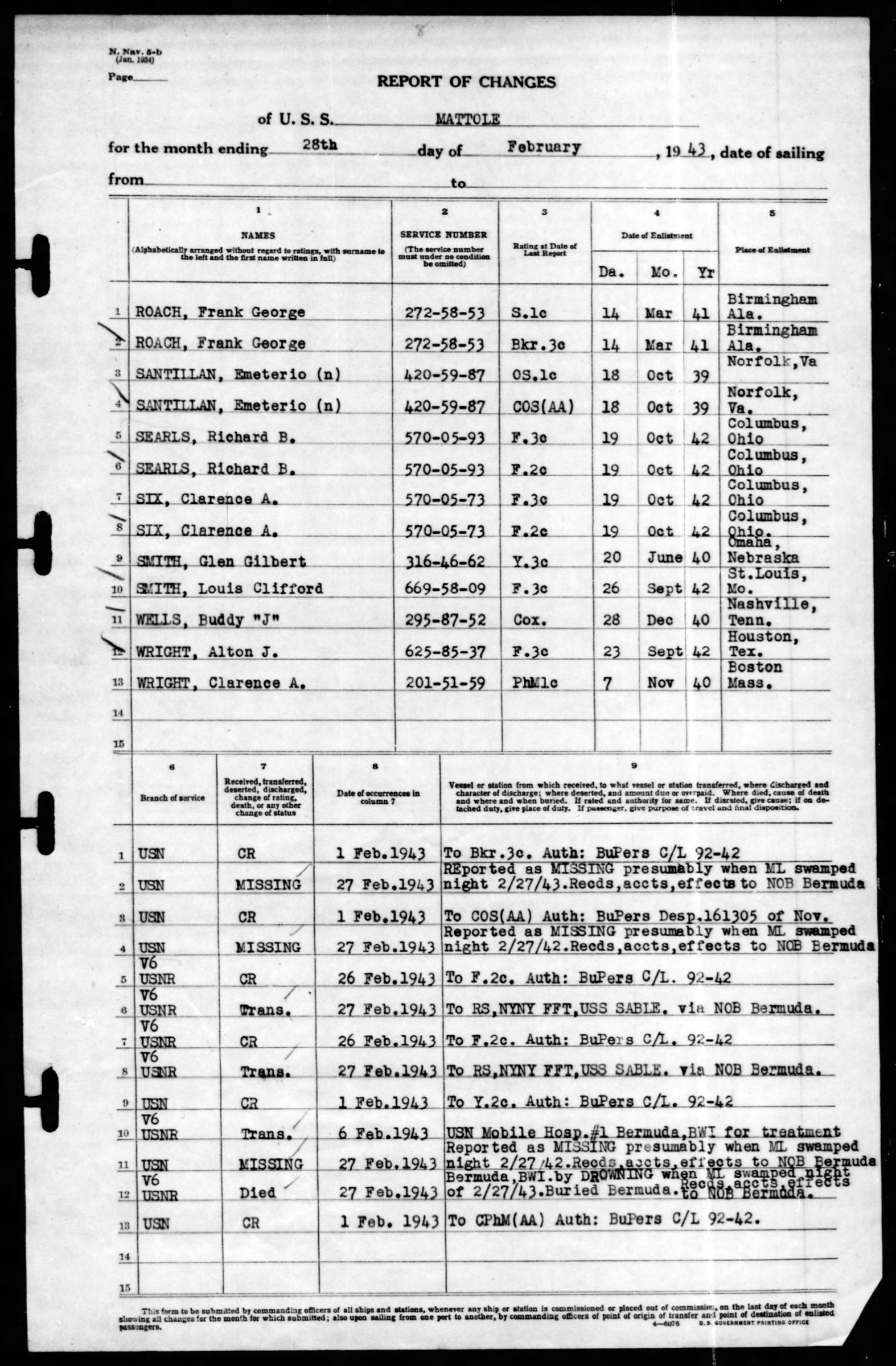 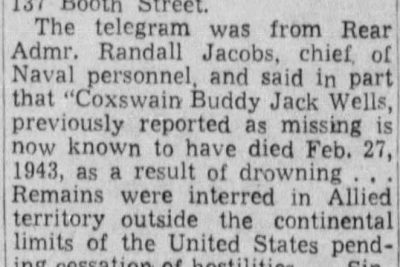 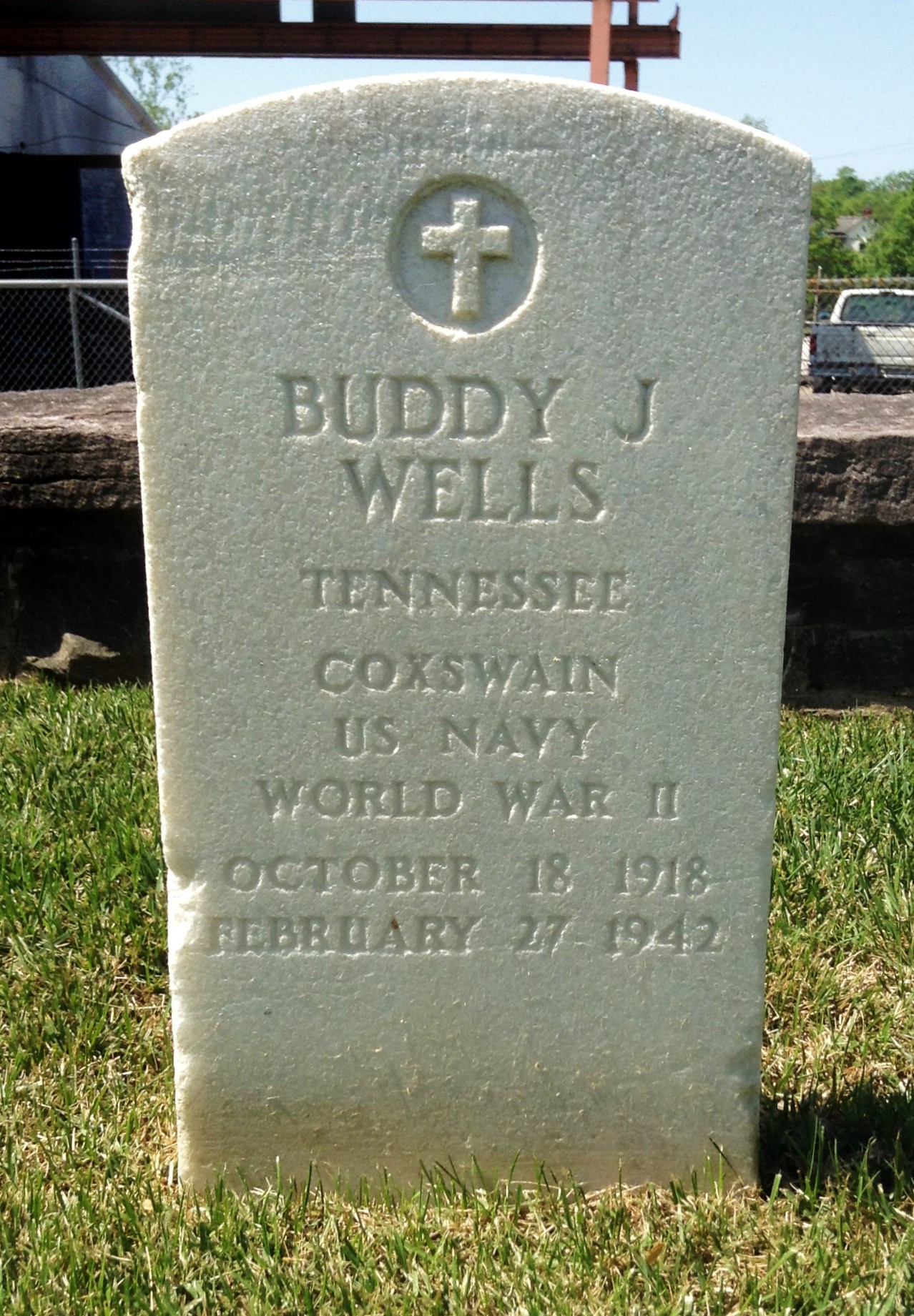