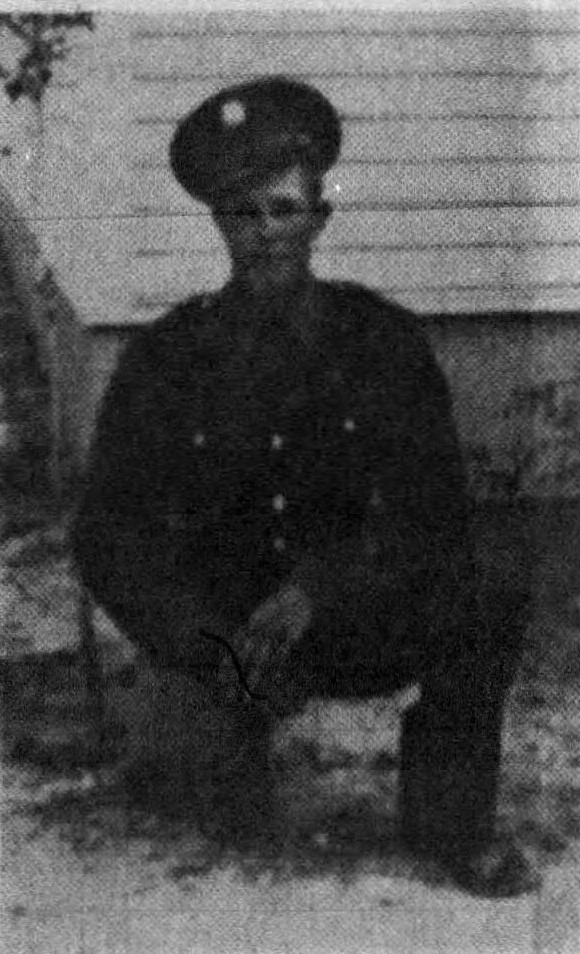 The Greeneville Sun, October 16, 1943
When twenty year old Bryson Ayers wrote “All is well. Goodby” to his mother, Mrs. Laura Ayers, Greeneville, Rt. 2, on the afternoon of December 2nd, 1942, he did not know that it was indeed “Goodby” to his family and that this was the last word they would receive from him. Young Ayres was killed at his machine gun in Africa on March 31st, and this was the last letter his family received from him.
Mrs. Ayers received the following notice of the gallant death of her son from his commanding officer: Bryson Ayers, Infantry. For gallantry in action. On the afternoon — of March, 1943 in the vicinity of 66666 Tunisa, during a heavy artillery barrage, Private Ayers, believing the barrage would be followed by an infantry attack, remained at his machine gun all through this heavy shelling until he was killed by an enemy bomb. Throughout the entire campaign, up until he lost his life, Private Ayers displayed extraordinary  devotion to duty, a great deal of initiative in whatever task he undertook and was ready at all time to undertake any task without reggards for his personal safety. His splended example, of gallant heroism is making the supreme sacrifice typifies the finest tradition of our service. Mrs. Laura Ayers, Greeneville, Rt. 2.
By command Major General Eddy,
George B. Barth Colonel G.S.C., Chief of Staff
Hqd. Ninth Infantry Division.
The family lives just off the Newport Pike near Caney Branch. Another brother, Burke, is in the service and is now in New Mexico. Arthur was in the army, but has received his honorable discharge and is now at home. Other members of the family include Mrs. Pancy Neas Ayers, Theron; Marvin, Rosetta, Everett, L.C., Elda and Avery Dale. Bryson was inducted into the army on July 18, 1942 and was killed in Tunisia March 31, 1943. The last letter his family received from him was writen on December 2, 1942. 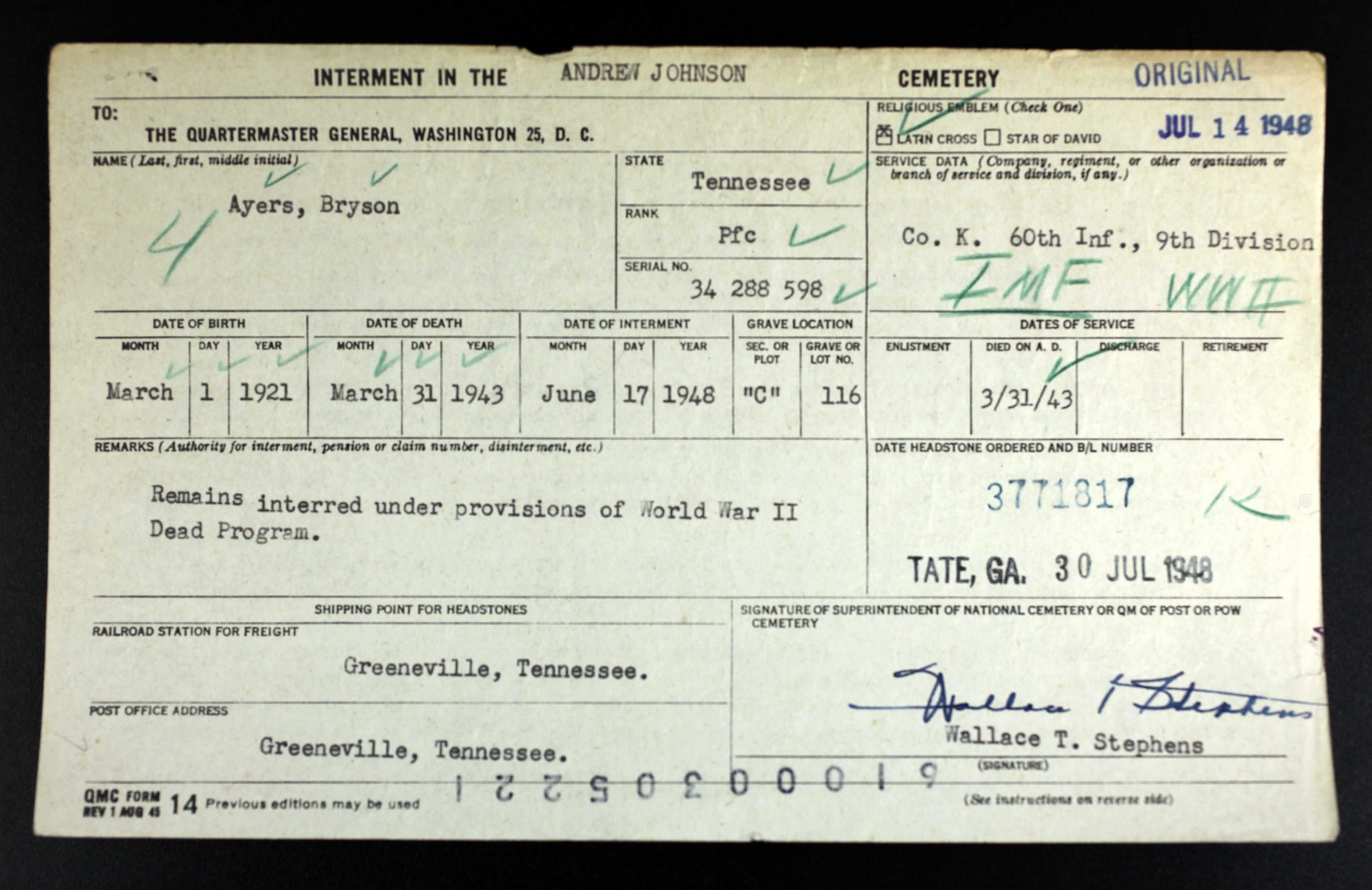 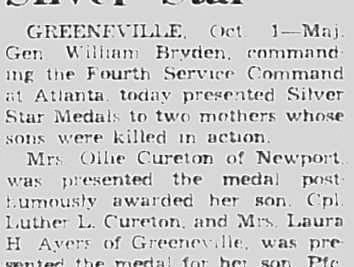 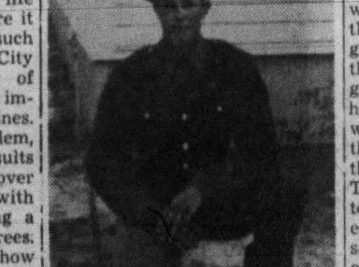 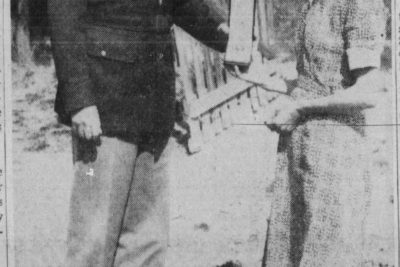 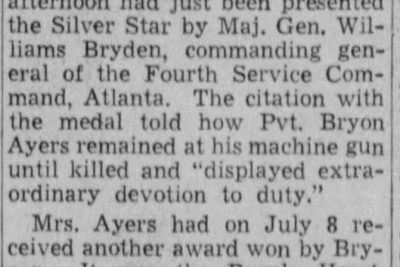