“Clarksville Student Eulogizes Local Man Killed in WW II”
By John Thompson; Johnson City Press, 26th October 2015
ELIZABETHTON—Scott Moore is a student at Clarksville’s North East High School Half way across Tennessee. But recently he took time from his studies to make a return trek to Carter County.
Why? Because Broadway Sims grew up there. Hardly anyone, even in Carter County, remembers Broadway Sims. That’s exactly the reason Moore returned to Carter County, to present the findings of his research about the WW II soldier. It’s why, last summer, he crossed the Atlantic Ocean to eulogize Sims at his grave.
Speaking one recent Saturday to a gathering at Tipton-Haynes State Historic Site, Moore discussed the findings of his historical research into the life and death of a man born in 1916 in the Ripshin Community and given the name Broadway Valentine Sims. Sims, a member of the 101st Airborne Division, would die in Normandy on June 11, 1944, just days after D-Day in the bloody battles before the breakout of Normandy.
The student was inspired to begin his research by teacher Whitney Joyner. She is a teacher at North East Middle School and taught Moore for three years. Joyner told Moore about the National History Day program and its effort to allow high school students to come to a deeper understanding of World War II by learning about one of the soldiers who fought in it.
Moore admitted in a previous interview in the Johnson City Press that he chose Sims to research because of his first name, which he said was “cool”. But Moore had already narrowed the choices to just those who had been members of the 101st, where his father is currently serving as a chief warrant officer.
Moore said he averaged about 10 hours a week on his research project, not only learning more about Sims, but about the time and place the young man grew up. He even found a member of the Sims Family, Janice Sims Keller. She was born after World War II, but remembered family talk about Broadway.
The culmination of the research came when Moore, 14 other students and their 15 teachers traveled to Normandy to eulogize the men who had become so much more than a name. After touring the D-Day battlefield, place names they had heard many times in their research, it was now time to go to the cemetery.
Moore said “when I first stood by Broadway’s grave, I felt a nervous excitement. I realized I was standing there next to a great man, and that was the closest I would ever be to him.” “It was an honor even to stand by his grave and deliver my eulogy. I wanted to make him proud and somehow let him know that we had not forgotten him. That his life had not been in vain.”
In his eulogy, Moore said “I stand here today to honor the life of one of America’s bravest, most fearless servants. As I stand here, I am reminded of General George S. Patton’s words: ‘It is foolish and wrong to mourn the men who died. Rather, we should thank God that such men lived.’ And that was is exactly what my purpose here today is, to thank God for allowing such men as Mr. Broadway Valentine Sims to have fought for us and to have honorably given his life, so that others may live.”

Moore closed by reciting a poem “Airborne All the Way,” which describes the heroism and gallantry of the airborne soldier.

Scott and friends on face book found me and what family was left of Broadway I am the youngest one left I have one sister left Patricia ( Patsy) Sime Runion she went to one of the meetings after Scott came back from Normandy I have three cousins left and their family that i wished they would have been there with me Scott did a great job I had always ask about Broadway withe my mother and his sisters Brother my Father Paul Sims when they were living I have all the information that Scott did and many treasures gave me will keep them forever .
–Submitted by his niece, Janice (Sims) Keller 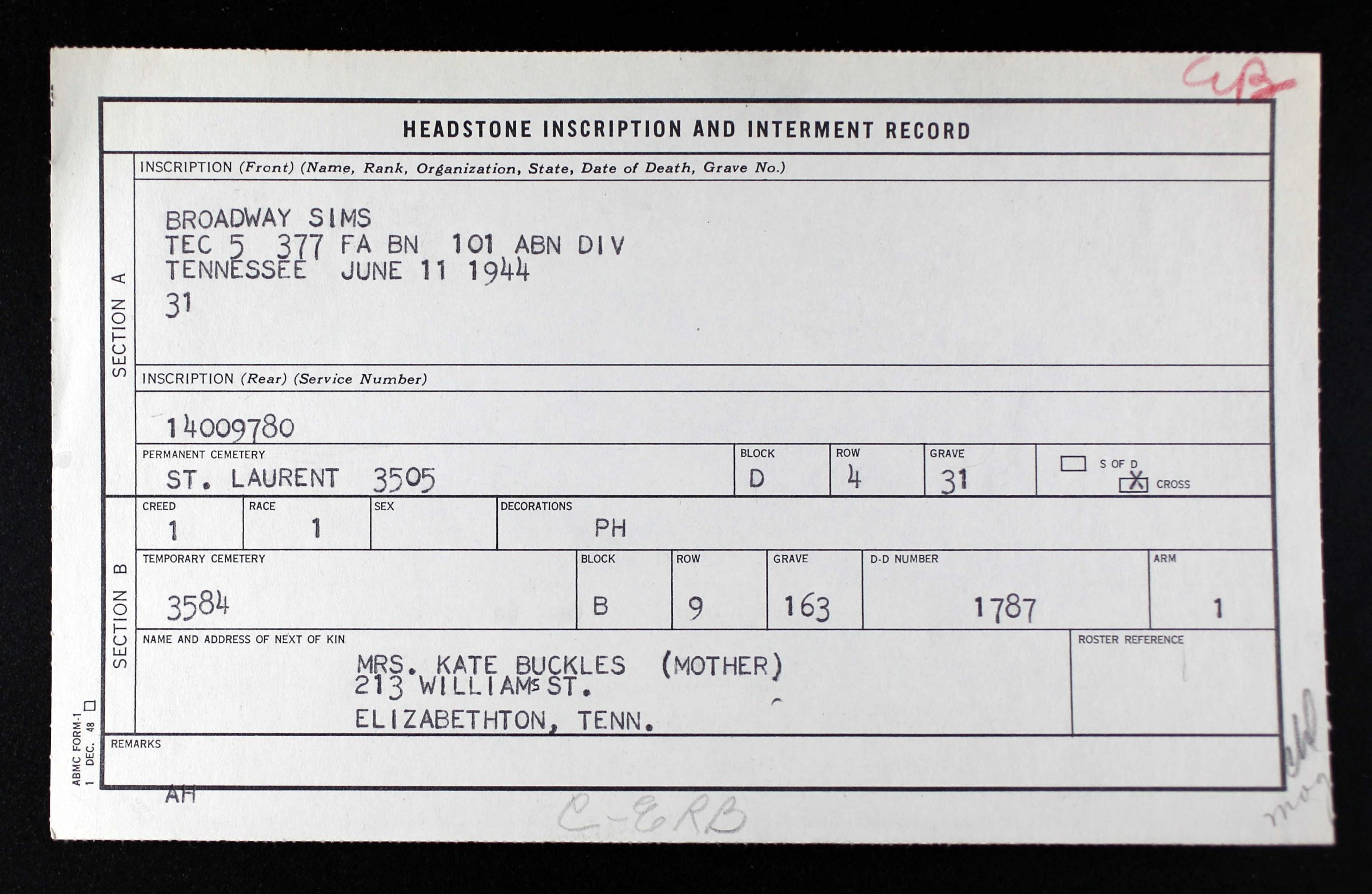 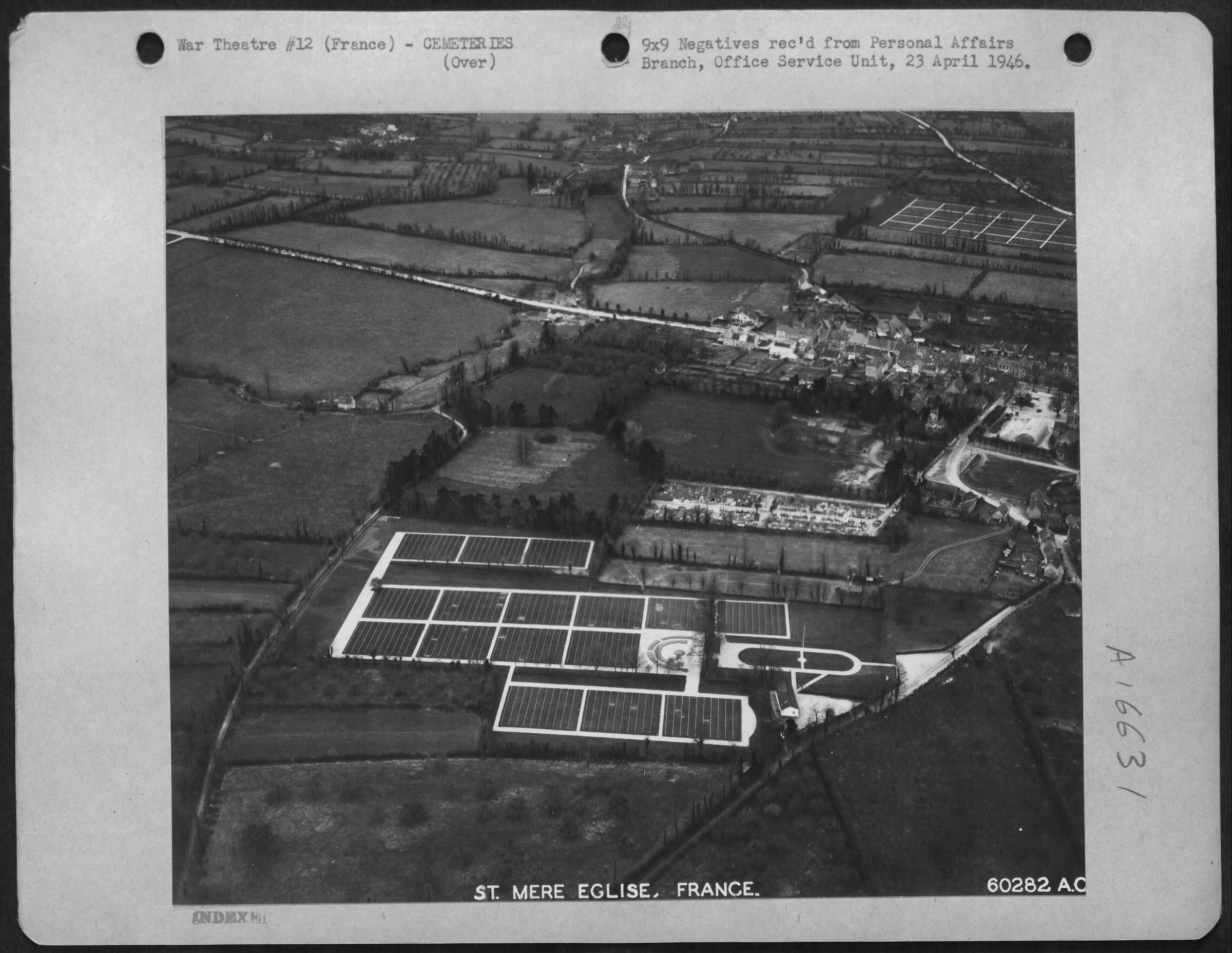