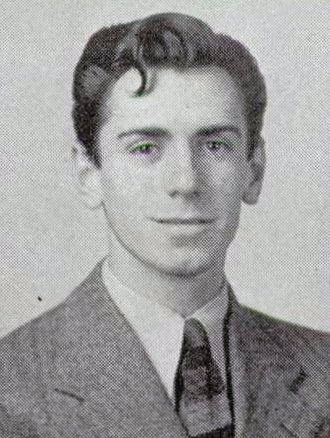 2nd Lt Lowry was the Pilot of Aircraft P-47D with serial number 42-27710. He departed from Fenny on a Strafing mission to Heho, Meiktela, Kunlon.

Statement from 2nd Lt Dean Illingworth:
On December 2, 1944, I accompanied Capt Pitts on a strafing mission in the Meiktela area. On our way home, after strafing Kangoung, we were at about 7,000 feet when Captain Pitts started dipping his wings, evidently watching the railroad we were flying up. He finally flew straight and level and I moved my element over closer to his. Just then he started down in a diving turn to the left. Unable to dive beneath him and crossing under him as I should have, I held my altitude until he passed beneath me. I then banked sharply to the left for 180 degrees expecting to see him beneath me. As he was not there, I then banked sharply to the right and saw him coming 90 degrees from my right on the deck and firing at two box cars parked on a siding surrounded by trees. By then, I was in a steep dive directly at the nearest box car. After Captain Pitts fired, he banked away to the right, and Lt Lowry came in behind him. I saw him fly through his own tracers and either hit them or the ground, as he exploded in one big orange flash. By this time, I was at about 4,500 feet, and I gave the area one squirt and pulled up. I did not go low after I saw him explode, thinking at first that there must be heavy ground fire there. I continued out on a course until I saw Captain Pitts below, and then I joined him. Later, Lt Bennett joined both of us, and through hand signals, I conveyed to Captain Pitts, that Lowry had exploded and there was no use in turning back. 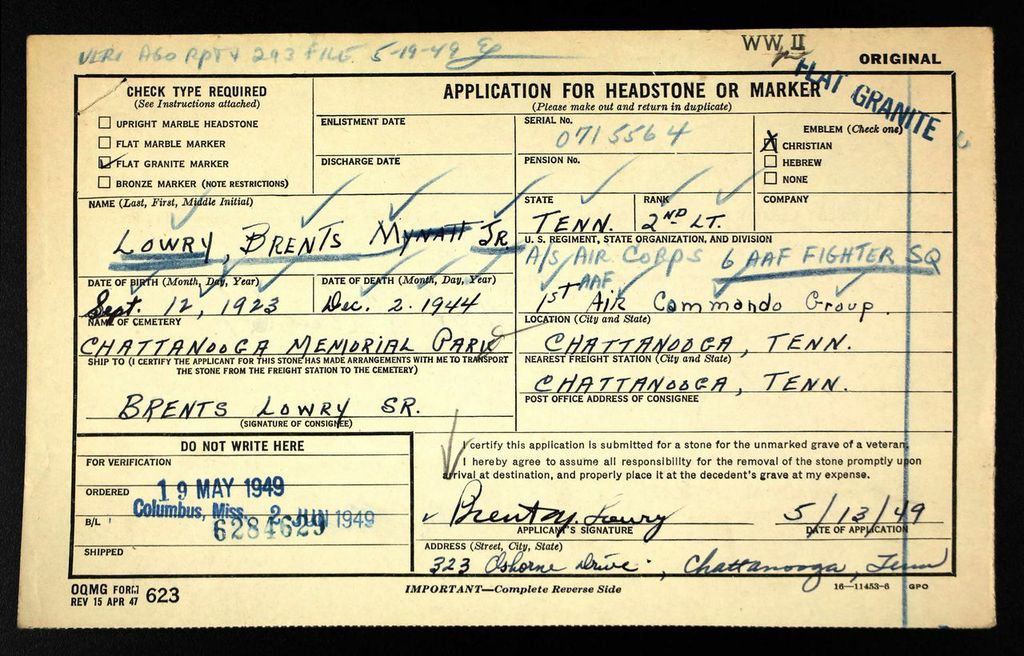 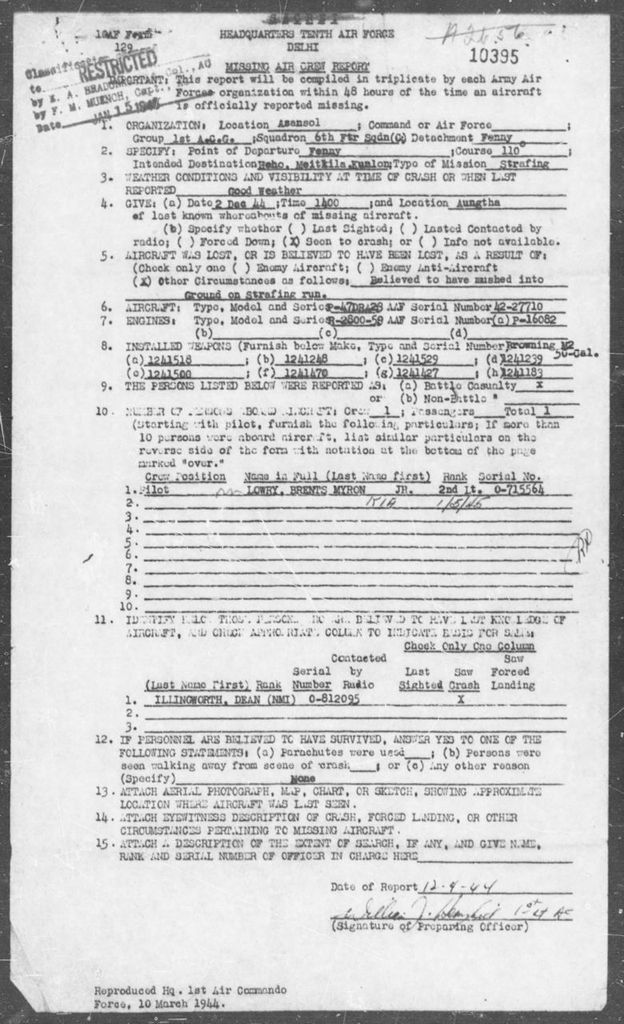