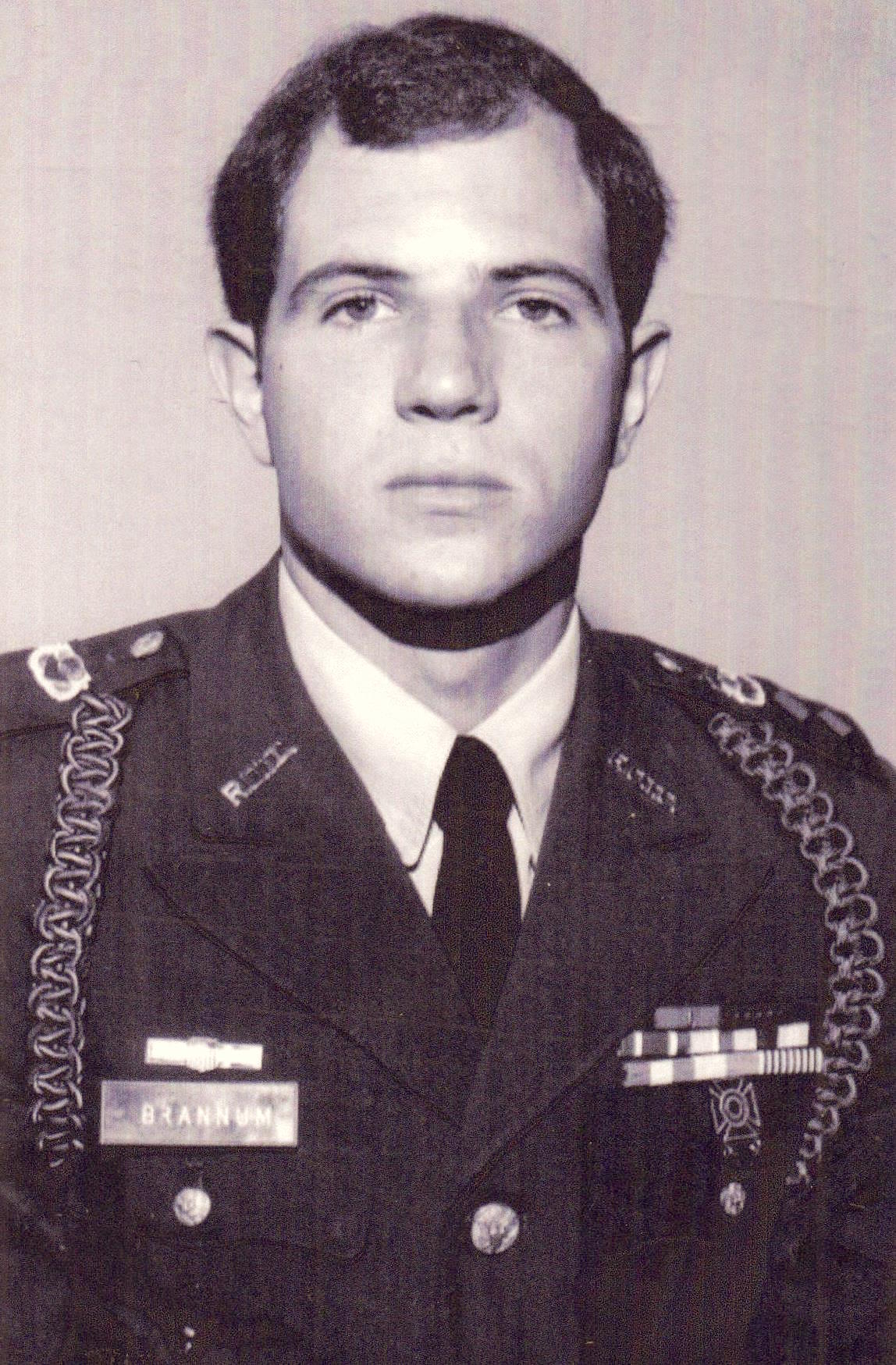 He was born on January 17, 1957 in Knoxville, Tennessee to David and Betty Brannum. Bobby was raised in South Knoxville and attended Mt. Olive Elementary School where he was on the Safety Patrol and played on the basketball team.
Bobby continued his education at Doyle High School where he was active in Boy’s State, voted class President and Mr. Doyle High by his classmates. He and close friend Jim Buchanan were co-captains of the Boys’ Basketball team. During his senior year in 1975, Bobby was awarded an Army ROTC scholarship to the University of Tennessee.
During his studies at the University of Tennessee Bobby was inducted into the Scabbard and Blade, a military science honor society for upperclassman. He graduated the University of Tennessee in August 1979 with honors and was commissioned as a 2nd Lieutenant. Lieutenant Brannum was first assigned to the Transportation Corps and reported to Fort Eustis, Virginia. He was later assigned to Fort Rucker, Alabama for flight school and his last assignment was at Fort Campbell, Kentucky where he flew Blackhawk helicopters.
Bobby married his high school sweetheart, Beverly Whaley during their junior year at the University of Tennessee. They had two children a son, Blake and a daughter Bethany.
On August 1, 1983 he was raised to the rank of Captain and was a Maintenance Pilot for a fleet of 15 Blackhawk helicopters assigned to the 158th Aviation Battalion. He was in the 160th Special Operations Aviation Regiment (SOAR), aka the Night Stalkers, attached to the 101st Airborne Infantry. The 160th Night Stalkers is a special operations force of the United States Army that provides helicopter aviation support for general purpose and special operations forces. The majority of their missions are at night and aided with the use of night vision goggles. Captain Brannum had just graduated a special air assault school and was awarded a medal for his participation and graduation.
On August 26, 1983, Captain Robert E. Brannum, CW2 David William Jordan and WO1 Allen Earl Jennings were testing a Sikorsky UH-60 A Blackhawk helicopter when the blade came off over Christian County, Kentucky causing the helicopter to crash killing them all immediately. The crash was due to a cotter pin which was not secured properly.

According to Captain Brannum’s memorial at the Night Stalker Association webpage, www.nsa160.com:

“He served as a maintenance platoon leader and test pilot for Charlie Company, 158th Aviation Battalion. At the memorial service in the eulogy, one of Bob’s commanding officers said, “Bob, more affectionately called the “Bald Baron”, was one of those rare individuals who possessed all of the finest qualities. Dedicated and competent, Bob set the example for others to emulate. Always smiling, no one ever dared complain around him about hard work or long hours, because Bob worked harder and longer than any of us. Bob’s professional caliber is best measured by his reputation as a maintenance officer. He worked on each helicopter as if it were his own and steadfastly refused to release it from maintenance until he was satisfied.” His awards and decorations include the Army Service Ribbon, the Jungle Expert Badge, the Army Aviator Badge, the Air Assault Badge, and the Parachutist Badge.
CPT Brannum was killed during a test flight when the UH-60A, #993, he was flying crashed near Christian County, Kentucky on 26 August 1983.”

As a descendant of the BRANNUM family (Mildred’s son and nephew of David H. Brannum), Bob truly lived by example in his earthly life by the golden rule.
–Submitted by Brian Bosson 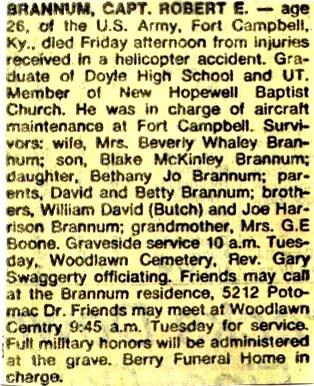 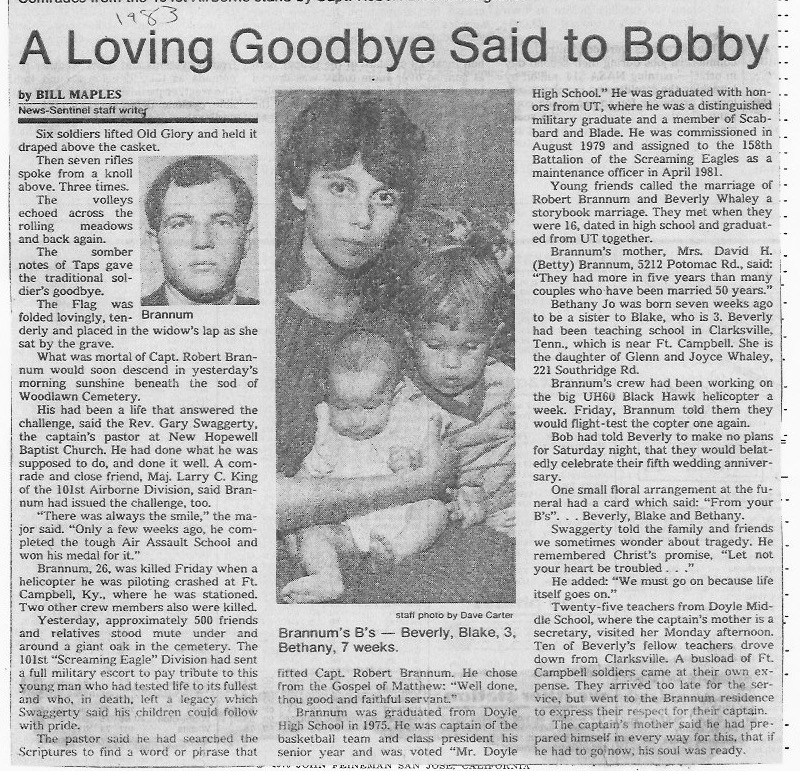