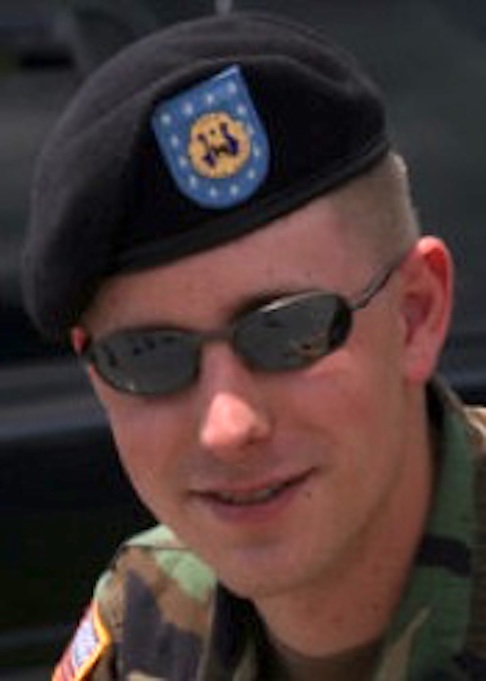 He was born June 5, 1983, in Panama City, Panama, and was a son of Michael Read of Greeneville, and R. Kelli Courtright Read of Hopkinsville.

Sgt. Read was a 2001 graduate of Greeneville High School and had attended Walters State Community College in Tennessee.

He had worked for Wal-Mart Distribution Center 6066 in Hopkinsville.

Sgt. Read was a member of the U.S. Army Reserves.

His family noted that he enjoyed computers spending time with family and was an avid fan and successful player of Everquest.

He is survived by his parents, his brother, Jaymon Cody Read, of Greeneville, his grandparents, Dick and Sandy Courtright of DuBois, and Bill and LuLa Read of Jacksonville, Fla., his great-grandmother, Marquerite Morgan of DuBois, and several aunts, uncles and cousins.

The Army Reservist from Greeneville who was killed September 6, 2004, in Qayyarah West, Iraq, had volunteered for a more dangerous position before a roadside bomb exploded near his truck. Specialist Brandon Michael Read was with the 125th Transportation Company from Lexington, Kentucky when the roadside bomb detonated near a convoy. The Army told his mother that Read had volunteered to exchange places with another U.S. soldier while they were on a dangerous convoy mission. He was gunner on a truck when the blast occurred.
The Associated Press, September 10, 2004

I really need to be in touch with his mother Kelli and Dad.
–Submitted by Norman Perciful, soldier friend (rcdude66@gmail.com)