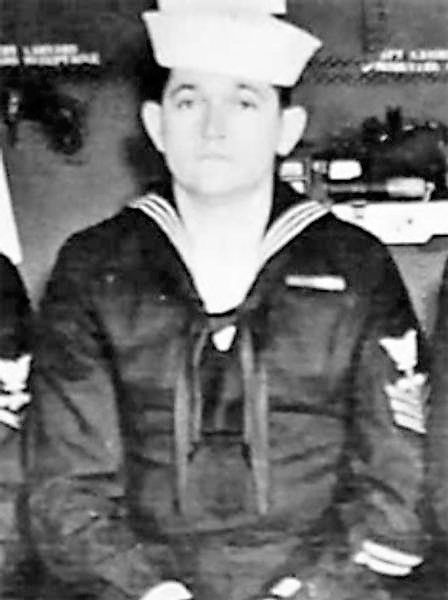 On the morning of 05 Feb 1968, a P-3B aircraft (BuNo 153440) of Patrol Squadron 26 departed U-Tapao Air Base in Thailand for a 24-hour “Market Time” patrol over the Gulf of Thailand and the South Vietnamese coastline. The aircraft was manned by VP-26’s Crew Eight, normally based at NAS Brunswick, Maine, but on TDY to Southeast Asia. Shortly after midnight on the night of 5/6 Feb 68 the crew reported the first of a number of small surface contacts. Nothing was heard from Crew Eight after a final radio contact at 0300 06 Feb, and SAR efforts were begun after daybreak. Floating wreckage was located in the Gulf of Thailand about 65 miles southwest of Rach Gia, SVN. Salvage efforts began on 11 February and located the aircraft wreckage in about 100 feet of water, but divers were able to recover the bodies of only two of the twelve men aboard. Billy W. McGhee was one of the men whose bodies were recovered.

AX1 McGhee is buried at Oak Grove Cemetery in Rockwood, Tennessee. He is memorialized on the Vietnam Veterans Memorial on Panel 37E, Line 64 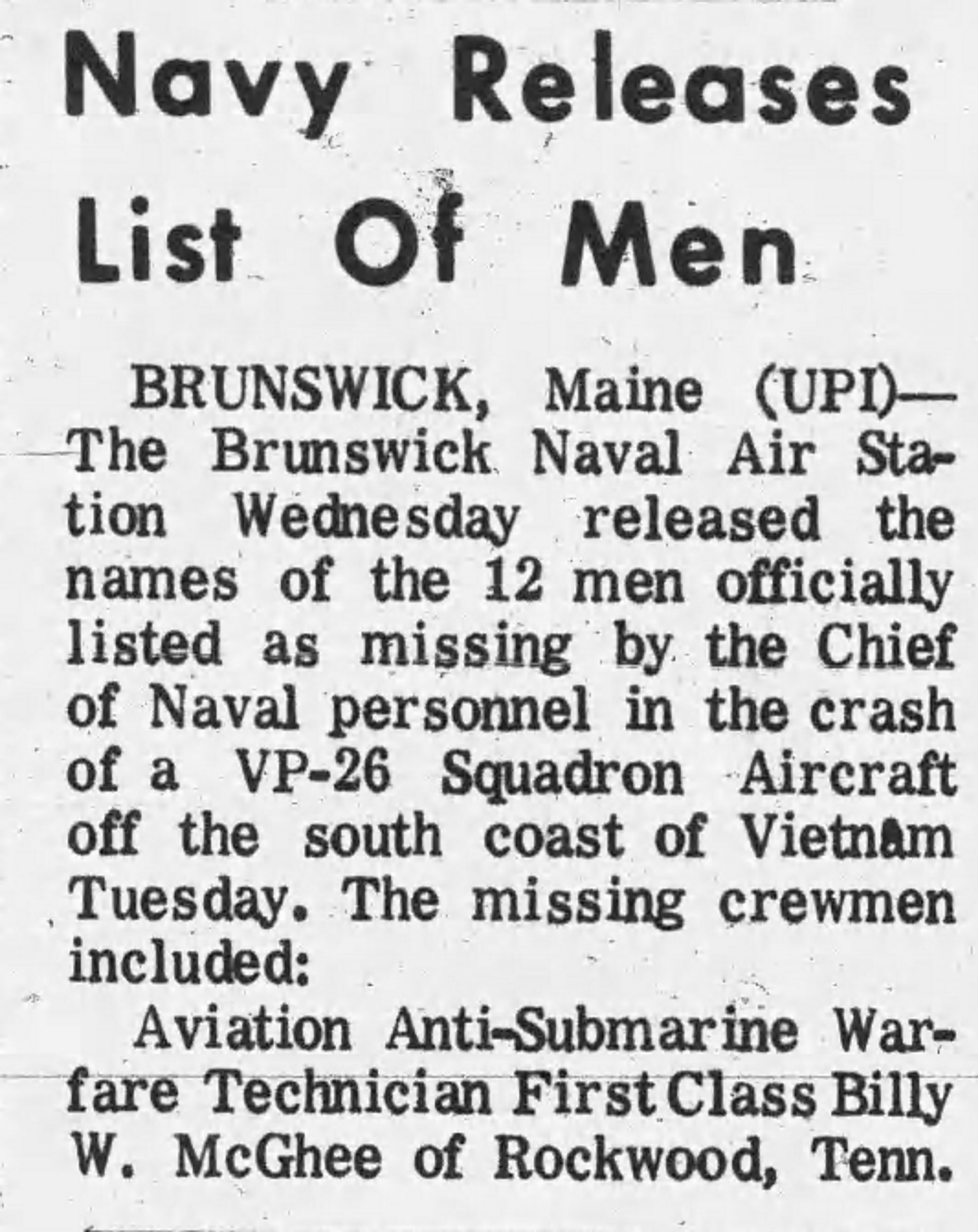