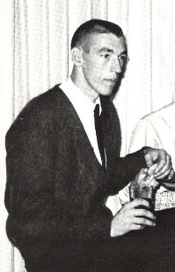 Billy Joe Ellis was living in Elizabethton, TN when he entered the service and was a member of Company D, 2nd Battalion, 12th Cavalry Regiment, 1st Cavalry Regiment. On January 3, 1969, he was on radio watch at landing zone Leslie, when incoming mortar rounds cause the nearby ammunition bunker to explode. He was listed as Missing in Action. His remains were never found. He is memorialized at Honolulu and has a memorialstone at Happy Valley Memorial Park, Elizabethton, Carter County, TN.