Corporal Mosier was a medic with the Medical Company, 21st Infantry Regiment, 24th Infantry Division. On January 3, 1951 near Uijongbu, South Korea, he was tending his wounded comrades under intense enemy fire. When a sniper made it impossible to work, he took the rifle of a wounded comrade and killed several of the enemy. He is buried at Acre Field Cemetery, Laurel Bloomery, TN.

For his leadership and valor, Corporal Mosier was awarded the Distinguished Service Cross. The DSC citation follows:

“The President of the United States of America under the provisions of the Act of Congress approved July 9, 1918, takes pride in presenting the Distinguished Service Cross (Posthumously) to Corporal Billy Mosier (ASN: RA-13319670), United States Army, for extraordinary heroism in connection with military operations against an armed enemy of the United Nations while serving as a Medical Aidman with the 21st Infantry Regiment, 24th Infantry Division. Corporal Mosier distinguished himself by extraordinary heroism in action against enemy aggressor forces in the vicinity of Uijongbu, Korea, on 3 January 1951. When the defensive positions of Company A were attacked by an estimated enemy battalion, supported by heavy mortar fire, Corporal Mosier voluntarily exposed himself to the intense enemy fire to administer aid to wounded soldiers. While treating a wounded man he heard a call for aid coming from a soldier approximately five hundred yards away. With complete disregard for his personal safety, he moved through the enemy fire to the wounded man and administered first aid as small arms fire struck all around him. When the enemy snipers continued to cover the area with fire making it impossible for him to evacuate the wounded man, he picked up the wounded soldier’s rifle and moved forward to the crest of a hill from which he placed accurate fire on the enemy’s position, killing several of them. He continued to fire on the enemy’s positions until he was killed by an enemy sniper.” 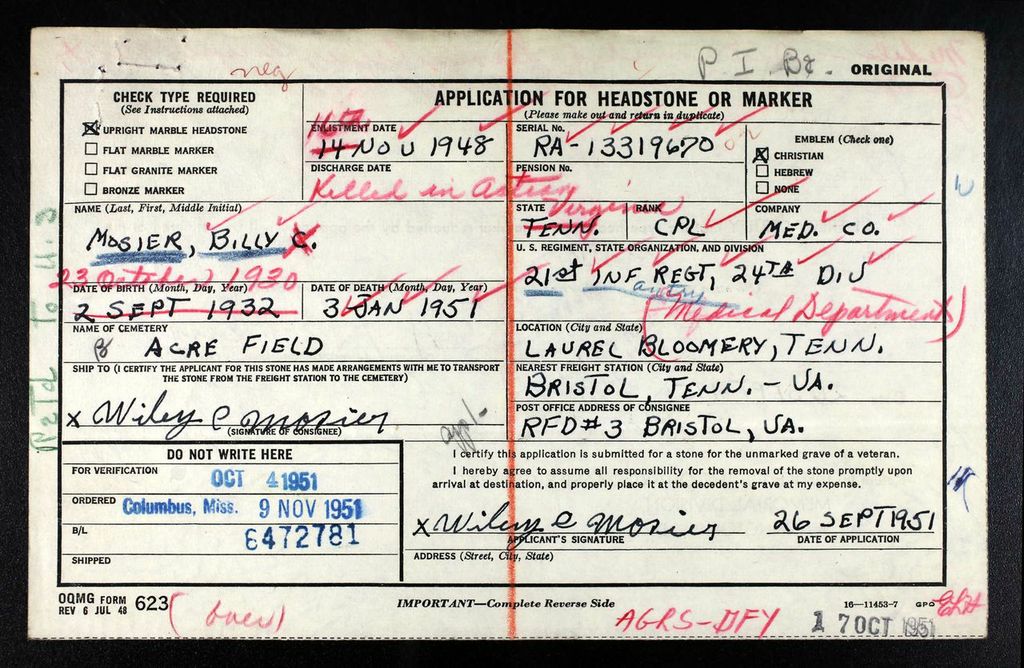 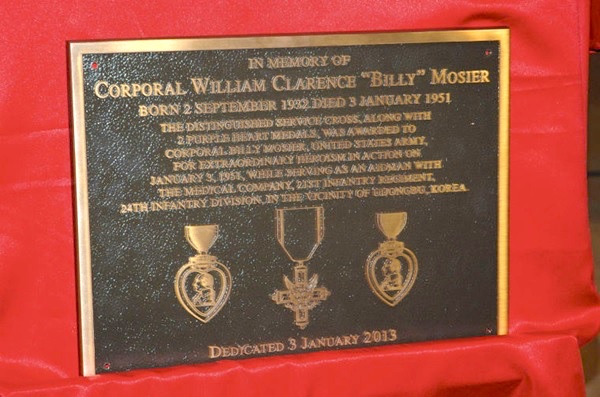