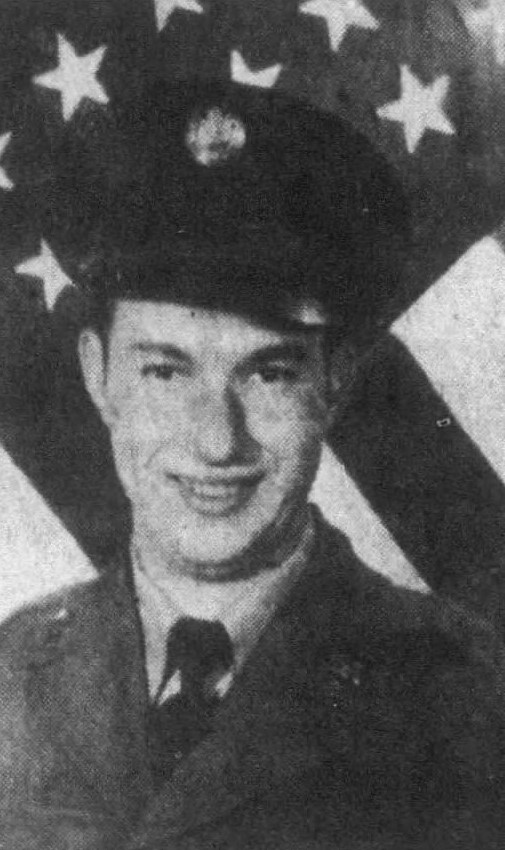 Private First Class Norris was a Light Weapons Infantry Leader with the 35th Infantry Regiment, 25th Infantry Division. He was Killed in Action while fighting the enemy in North Korea. He is buried at Simerly Creek Cemetery, Carter Co, TN.

The Kingsport Times, 21 August 1953
Hampton GI give Posthumous award
Elizabethton, Tenn. – The father of Billy Burton Norris will get the Silver Star medal for gallantry awarded posthumously to his son who was killed in Korea. Floyd H. Norris of Hampton will receive the medal today from Lt Col Ernest F. Brockman, professor of military science and tactics at East Tennessee State college here.

The Elizabethton Star, August 30, 1953
An army newspaper clipping sent to the parents of PFC Billy B. Norris, Rt. 1, Hampton, describes the action in which Norris earned a Silver Star award. The newspaper story: Silver Stars have been gallantly earned by four more 35th Cacti Regiment privates – three of whom sacrificed their lives in action against the enemy … Norris, serving as an outpost guard, voluntarily left a covered position to support a nearby patrol that was under severe enemy fire. Unhesitantly he joined the patrol leader in the most intenxe fighting and fire effectively upon the enemy until killed by machine gun fire. A soldier who had formerly been Norris’ squad leader sent the clipping to the parents. Mr. and Mrs. Floyd Norris. 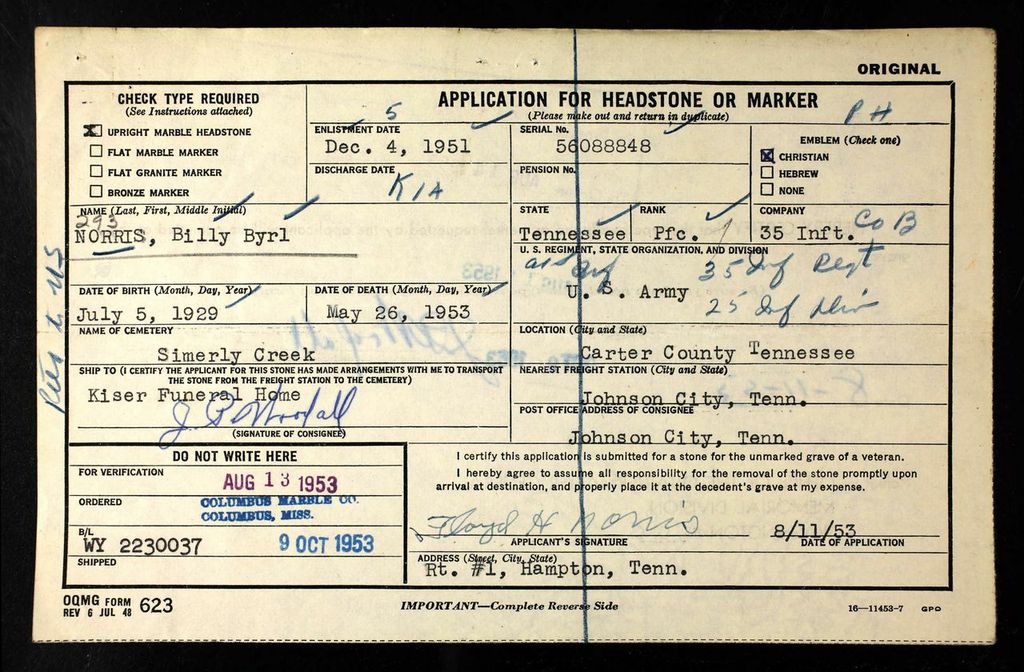 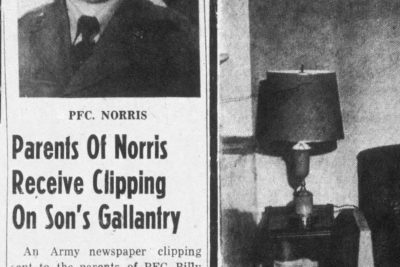 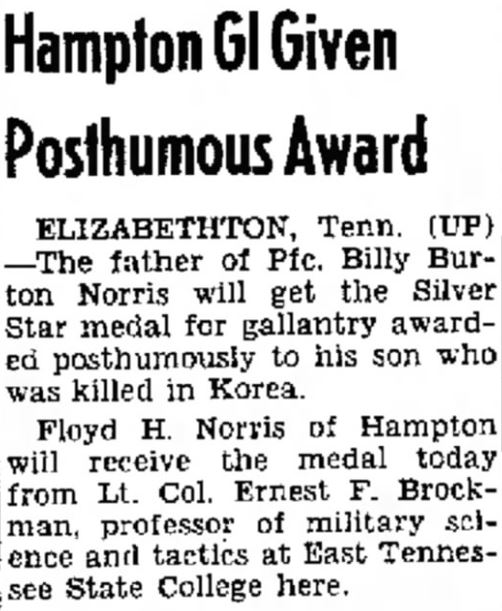 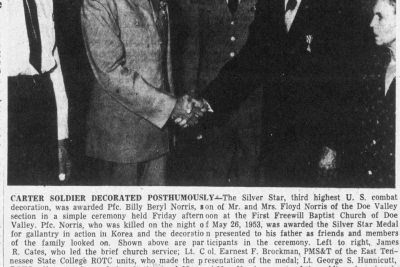