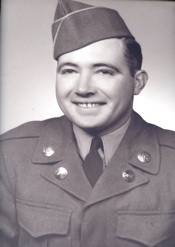 Billie Ray Burkhart was born January 30, 1928, in Knoxville. He was the son of Ernest Urban Burkhart and Amy Ruth Mynatt Burkhart. He attended Karns High School and was employed by East Tennessee Packing Company. He was a member of Bethel United Brethren Church.

Buddy, as he was known by his family and friends, was one of seven children who grew up in the Burkhart home on Francis Road. His siblings included brothers, Clarence and Russell Burkhart, and sisters, Mildred, Louise, Marie, and Evelyn.

Buddy was 22 years old when he was drafted into the United States Army and sent to Korea. He had been in the service for ten months and had been overseas for six months with the 23rd Infantry Regiment, 2nd Infantry Division when his unit was positioned at Heartbreak Ridge.

The Battle of Heartbreak Ridge was one of several major engagements in an area known as The Punchbowl. The attack started on September 13, 1951, when elements of the 9th Infantry and Corporal Burkhart’s 23rd Infantry attacked the North Korean position on several key hills. Hill 931 was the center of Heartbreak Ridge and the battle for that hill was still ongoing nine days later on September 22, 1951. Corporal Burkhart’s Regiment was engaged with the enemy and several times that day of heavy fighting the elements of the 2nd Division would fight their way to the crest of the hill only to be repulsed by the enemy with heavy machine gun fire, mortar fire, and grenades hurled at their advancing positions. It was during one of the advances that Corporal Billie Ray Burkhart was killed in action on Heartbreak Ridge.

Corporal Burkhart was transported back to the United States aboard the troop transport Loma Victory and arrived in San Francisco just before Christmas 1951. His family was notified of his arrival and funeral services were scheduled and held on January 13, 1952, at Middlebrook Pike Baptist Church. Corporal Burkhart was laid to rest following the service in Lynnhurst Cemetery. Full military honors were given at the graveside by American Legion Post # 2. 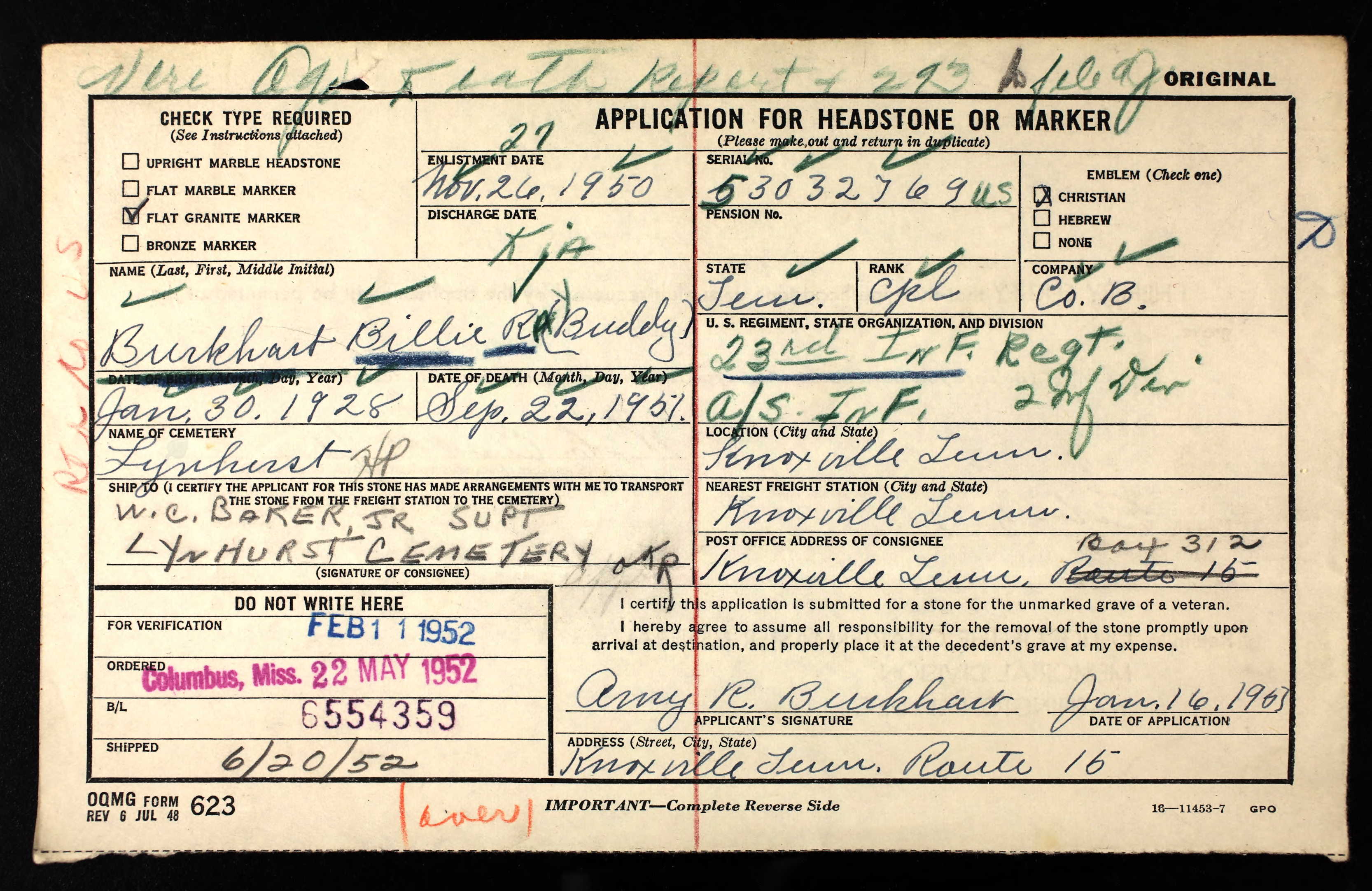 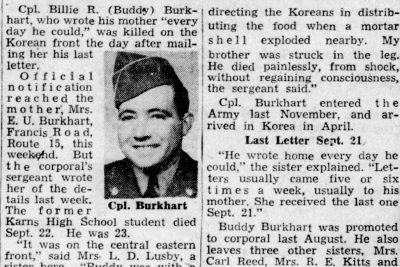 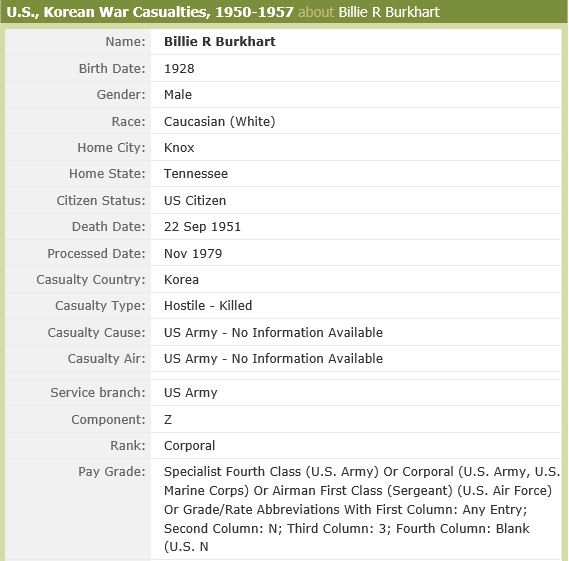